Why does the chevron-shaped engine suffer losses in thrust performance?

From here I found out a lot about chevrons on the Boeing 787, but not enough to satisfy why it results in performance loss. 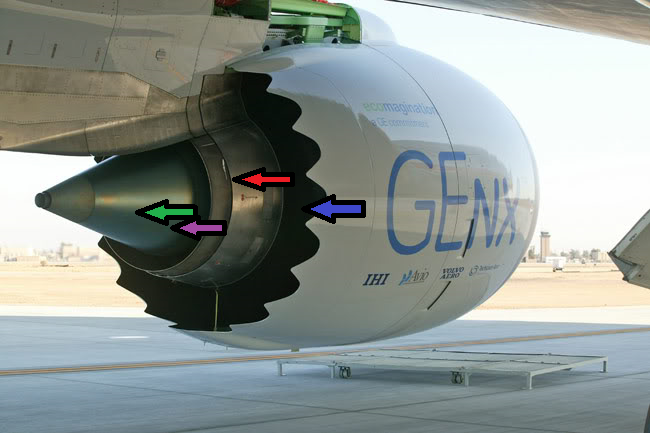 My thinking was originally, if they are "cutting triangular holes" in the "bell cone", then some part of the exhaust will expand sooner than others. (I'm more of a rocket guy myself). Or you could think of it as "adding triangular extensions" to the optimal bell-cone, in which case some parts of the exhaust will expand later than usual. Or you could meet in the middle, which is probably the best way, but will still result in suboptimal expansion.

So which is it really, and why?

The chevrons need a small pressure difference between the fan flow and the surrounding air. Then they will work like small delta wings and create two strong vortices per triangle, which will help to mix fan flow and outer flow. This mixing is responsible for the reduced noise, because it will distribute the kinetic energy of the fan flow over a bigger mass of air.

This mixing by itself uses up some of the energy of the fan flow, and thrust is produced by the conversion of the pressure increase due to the fan into kinetic energy. With the chevrons, a little of this kinetic energy is now spent for mixing and cannot contribute to thrust anymore. Hence the reduced efficiency.

You're right to assume that less sound should mean more thrust. In fact, the sound energy is not evenly distributed over all frequencies, and by adding some noise at frequencies with low noise contribution, the peaks at the lower frequencies which contain most of the noise can be lowered.

Not the answer you're looking for? Browse other questions tagged jet-engine noise boeing-787 or ask your own question.

64
Why does the Boeing 787 engine nacelle exhaust have such an unusual shape?
15
Do nacelles around aircraft engines help in reducing the engine sound?
5
How much thrust do you lose by putting chevrons on a engine?