What are the major drivers of cost/price differences between Cessna 172 and Piper Cherokee?

This may be closed as opinionated but I'm looking for answers with hard data if I can get them. The Cessna 172 and Piper Cherokee are touted as two of the most successful light aircraft designs in the world, and they are primary competitors, with Piper originally designing the PA-28 Cherokee to be a lower-cost version of the Comanche that would compete directly with the 172 of the day.

However, in today's new market, a 2015 Cessna costs about \$370k, while Piper Archers (the continuation of the PA-28 airframe after Piper's corporate restructure) made in the last 10 years or so are selling for about \$200k. Cessna also seems to hold more value; "classic" 172 airframes from the 70s and 80s hold about a \$100k value in classified ads, while flight-ready Cherokees from the same time can be had for \$30-40k and a few Cherokee airframes are being offered at prices I've only ever seen 150s sold for (though there's likely something wrong with those examples).

The aircraft, while different externally (the 172's overhead-wing versus the Cherokee's low-wing design is the biggest difference), seem to have many similar specs on paper; passenger count, horsepower variants (Piper's actually better here as the 180hp variant was most common compared to the standard 172 powerplant at 160hp), instrument capabilities, etc. Cockpit pictures indicate the interiors are comparable; a bit dated as you'd expect from aircraft made 30 years ago, but perfectly serviceable.

So the question is, where's the additional retained "street value" of the 172 coming from? Is the 172 more well-reputed for safety or reliability? Are its handling characteristics considered better for everyday flight (perhaps due to the parasol wing)? Is this a question of average age of airframes? Is it just the Cessna name (in other words, am I comparing a Toyota Camry to a BMW 5-series)?

Obviously some of this stuff will depend on a comparison of specific hulls, but there's a definite trend; the market in general seems to value the 172 more highly than the PA-28 with all other things being equal on paper. The question is why.

There are a lot of factors here but in reality a 172 and a Cherokee are about the same price, lets look the reality.

First off a huge chunk of people rent instead of buy. In this regard at the two airports I have been flying out of have both the 172s and Cherokees (both of which I have rented) are the just about the same exact price (all prices in USD).

The used prices (how a lot of people buy planes like this) span the field and I would say are on par (as per my latest perusing of Trade-A-Plane). That being said you can get a beat up Cherokee 140 for in and around 20K and a beat up 172 for about the same price (at least from what I have seen listed). At the same time you can get a fully loaded Cherokee 180 or 235 if you go complex with dual GPS/COMS and other toys for the better part of 60-70K, same for the 172s.

Yes they are similar planes but the truth is that the price things actually trade hands for is often not disclosed and is almost always not the list price in terms of used stuff. There is a bit of preference as well, if you trained in a Piper you may be more inclined to stay in a Piper and likewise with the Cessnas.

As for safety, the 172 is a very safe plane by anyone's standards. Then again so is the Cherokee and it seems that the argument can go on forever but the numbers are the numbers (accidents per 100,000 hours of flight)

The Cherokee: Cherokees came in at 6.86

In reality a small difference, but lets be honest they are about on par. For what its worth, the Cherokee numbers include the Arrow which is a retractable and suffers from the proverbial gear up landing as well as other things that make a retractable potentially fail more than a fixed gear plane. This may account for the difference in safety record (again, a very slight difference).

While similar on paper there are some mission profiles that allow the planes to serve different roles and may make the 172 more attractive in some cases. The high wing design allows for excellent downward view which makes the 172 a great plane for aerial surveying/photography/pipeline check ups and similar tasks. The 172 also sports two doors compared to the single one on the Cherokee. That being said some feel as though the 172 is a bit easier to get into for the less nimble, but I am young and nimble so I can't speak to this. There are also those who like the high wing design for landing on grass or other back country flying due to the increased ground clearance of the wing allowing you to avoid obstacles. 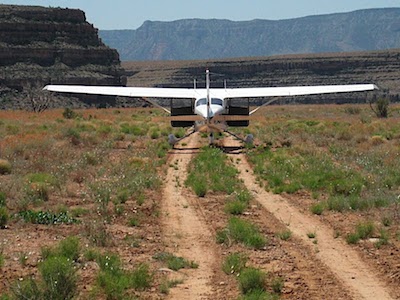 Although Cessna had it to an extent, Piper has always had the selling point of "stepping up through the planes". The idea being that your mission (as time went on) would be to go faster, further, and higher. Subsequently you would need a bigger plane. They facilitated this by delivering a very constant platform in the, Cherokee, Arrow, Cherokee 6/Lance/Saratoga then up through twins with the Seminole and Seneca if you need to go there. While I'm not sure I have ever seen any real data on this, I do have a real world experience with a buddy of mine who has been flying for about 25 years.

In response to the question "Have you ever owned any other planes?"

Yeah, I had an Archer for a while, it was a great plane. But then I had a third kid so I bought a Saratoga.

Like it or not the Piper sales model there worked.

You could also forgo common sense and just buy a Mooney because everyone else put the tail on wrong.

Not the answer you're looking for? Browse other questions tagged aircraft-performance general-aviation or ask your own question.

14
What are the major non-pilot causes of GA accidents?
2
What are the differences between these types of air cycle machines?
12
Is there a good source for estimating the per unit cost breakdown for a classic GA plane like the Cessna 172?
8
Does the Piper PA-28 Cherokee wing have laminar flow behavior?
17
Why does the Piper Cherokee (PA-28-140) engine have such low horsepower despite the very large displacement?
3
What is the optimal way to climb fastest between two points on a Cessna 172N?
2
What are the differences between the proportional flow control FCU and pressure control FCU?
2
What are the best traffic pattern airspeeds in a Cessna 172N?
2
Cessna 172 steering system and torque link purpose