Why is the main landing gear of the Cessna Caravan placed so far forward?

Why is it that the rear landing gear of the Caravan is placed so far forward? I understand that the center of gravity must lie somewhere in the middle between the nose gear and the rear gear but wouldn't it be more convenient to have positioned it a little more towards the rear, giving it (to my opinion) more stability?

This would avoid the need of placing the support on the the tail of the aircraft when it is parked. 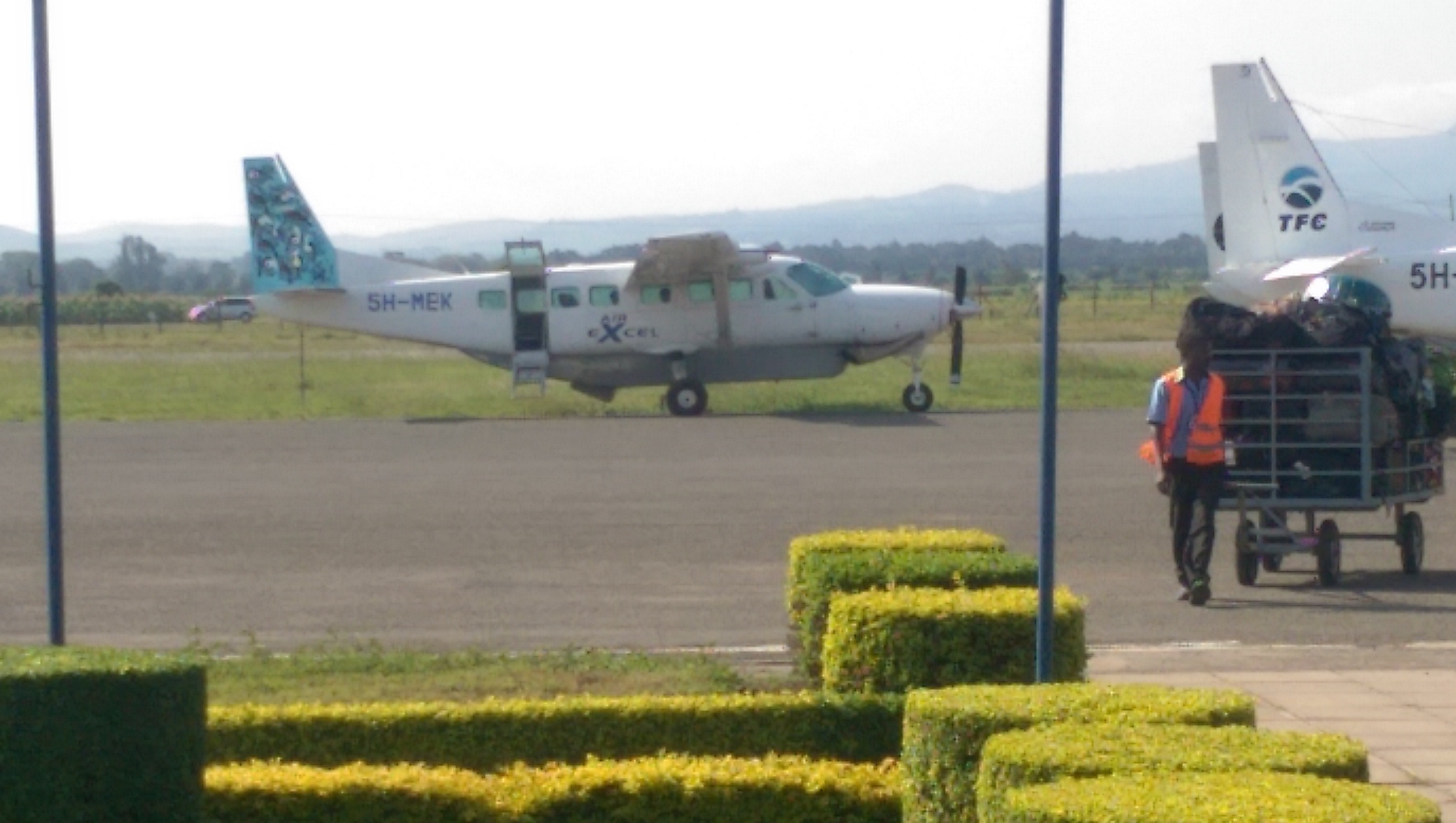 I suppose that this would not compromise stability during flight.

You're right, placing the gear more aft would make ground handling much easier and not affect flight stability. But it would make taking off harder.

When the aircraft has accelerated to a speed just below lift-off speed, the wing's angle of attack is too low to create enough lift when that speed is reached, so the pilot will lift the nose while the main gear is still on the ground. This maneuver is called "rotation", and the speed at which the pilot pulls the stick or yoke back to lift up the nose is called rotation speed. By the time the aircraft has the right angle of attack, the lift-off speed is reached and the aircraft takes off.

If the gear is further aft, the downforce on the elevator needed to push the nose up needs to be bigger, and more drag is created during rotation. If the gear is still further aft, the maximum possible downforce at that speed would not be sufficient to get the nose up, and rotation must be delayed. The acceleration up to rotation speed is done with horizontal ground attitude because then the wing creates less lift and also less drag during the take-off run. Therefore, the pilot has to get the nose up to get the plane into the air, or he would need to accelerate to a much higher speed, at which the airplane flies even with its ground attitude. This all helps to minimize the airfield requirements.

To strike the right compromise between ground handling and elevator downforce during rotation, it is recommended to position the main gear along a line from the center of gravity down to the ground which is slanted 10°-15° back. The drawing below shows limits between 6° and 20°, but this is quite a wide range. Details depend on the desired angle of attack at liftoff and the maximum range of the center of gravity. 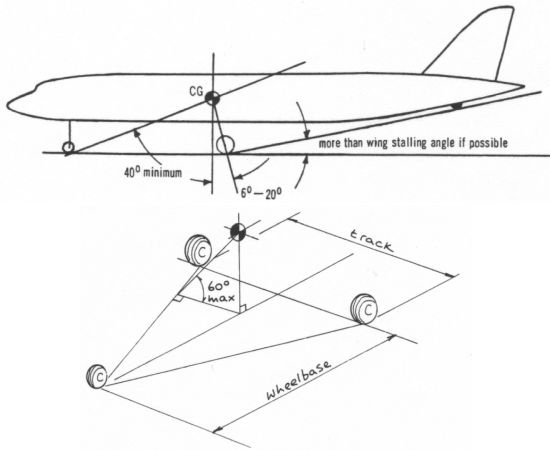 Side view of the recommended tricycle gear layout (Picture source).

The rear landing gear in a tricycle style plane is placed close to the CG to minimize loads when landing and taking off. When you land an aircraft what you are really doing is transferring the load from the wings to the landing gear. If the CG is directly in line (longitudinally) with the gear, the gear will see the total mass of the aircraft. Any variation from this point will create a moment which will add to the load placed on the gear. Designers strive to minimize this.

On a similar note when a plane takes off it rotates about the axis of the wheels. Again the father off the CG is from the gear (longitudinally), the more force it may see on rotation (take off).

To answer your question directly, the load on an aircraft when its parked on the ground is not a use case designers care about. Its cheaper and (from an engineering stand point) simpler to stick a support under the rear of a parked plane than compromise the gear by moving its location. You should also keep in mind that looks are irrelevant, the engine of an aircraft is heavy and far forward thus it helps to balance out the somewhat empty tail section. For what its worth stability is mathematically calculable and quite quantifiable, it has little to do with looks.

If you want to know more about aircraft loading (and how its calculated) check out this document published by the FAA.

Not the answer you're looking for? Browse other questions tagged landing-gear cessna-208 or ask your own question.

49
Why do planes always land on rear wheels instead of the nose wheels?
76
Why does the B-52 take off without rotating?
53
Why are the F/A-18 rudders deflected in opposing directions during takeoff?
16
How is minimum runway length related to V1?
10
How does early rotation increase the likelihood of a tail strike at take off?
8
Why does the DC 4 airplane not tip backwards?
7
What is the typical weight distribution ratio between nose gear and main gear?
4
Why does not the lift produced by main wings create pitch moment?
4
How much lift do planes produce before rotation?
6
What are the V-Speeds used during a normal takeoff in a multi-engine airplane?
See more linked questions