Is it possible to do a Live-stream web cam on an airplane over the oceans? [closed]

Just wondering if this technology exists or has been attempted. For positioning purposes.

No, there is no mid-ocean real-time streaming video useful for positioning purposes.

There are multiple questions here

Just wondering if this technology exists: Yes it does, providers like GoGo Inflight Internet have systems in place to have internet connectivity on an airplane. You could, technically speaking use this channel to stream anything you wanted but you may hog bandwidth or see problems because of the way the bandwidth is allocated. From a purely technical standpoint it can be done.

For positioning purposes: This could be taken to mean a few things.

For reference here is the camera that the SR-71 used to photograph lots of area (they had another higher res one for smaller things). you could cut down the size these days since you would not need those huge film rolls for a digital system. Either way its a large precision machine (that Im sure is not cheap to operate or maintain). 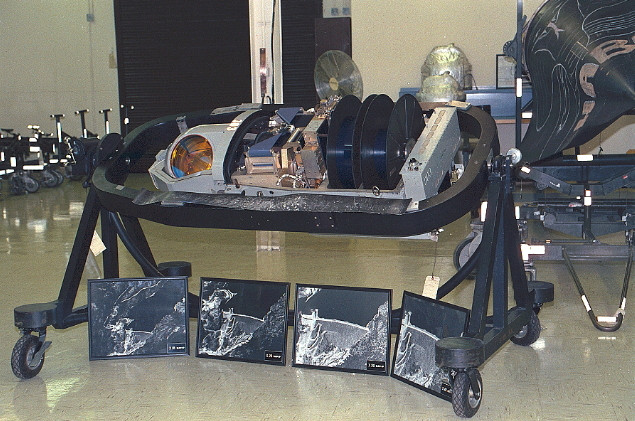 14
What is the difference between “closed traffic” vs “stay in the pattern” request?
1
How do radio communications work en-route for intercontinental flights over the oceans?
7
Can one “create” a private interpilot air-to-air frequency to chat?
11
Is it possible for ATC to see who’s transmitting on the radio on their radar?
14
How late can a landing clearance be given?
5
How do aircraft making HF transmissions avoid stepping on other HF users?
5
Does pilot-controlled lighting work if you are interrupted by another voice transmission?