Why don't airliners have any mirrors or cameras? [duplicate]

It seems odd that airliners do not have an easy way to monitor critical components on the exterior of the aircraft, should for example, a bird or something else strikes hard enough to cause damage. A mirror or camera would allow a pilot to see and react to a possible dangerous situation quickly. Also, a camera helps a pilot to see what's behind.

Aircraft rarely collide with any objects. Cameras would only be helpful if the extent of the damage is visible from the outside. Instruments, on the other hand, can be used to diagnostic the problem even if the system fails "internally".

E.g. Many hydraulic lines and cables run across the wing. If these is damage on the leading edge, is it the slats? A hydraulic leak on system A? system B? Is the de-ice working? You need instruments to get a better picture.

Some aircraft indeed come with cameras. The Boeing 777 has cameras on the bottom of the fuselage and the tail to aid pilots during taxi operations (the 777, especially the 777-300 variant, is really long...) 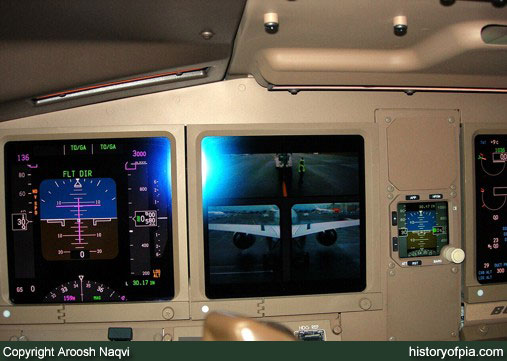 The Airbus A380 also has a tail mounted camera. Passengers can enjoy a spectacular view of the clouds, the high speed takeoffs and landings: 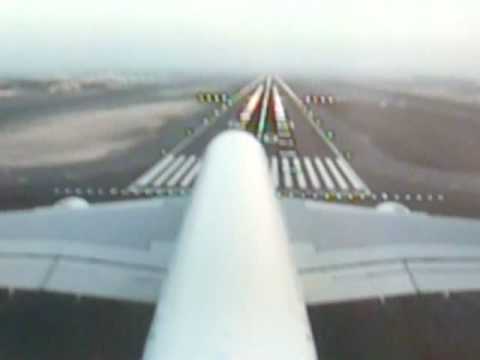 As for mirrors, pilots don't overtake other planes or back off like drivers do. There really is no need to know what is behind the aircraft. Pushback is accomplished by the tug on the ground, who has a much better view of the area than the pilots.

14
How do larger aircraft compensate for reduced visibility from the cockpit, e.g. less visibility of the rear of the aircraft?
6
Are there cameras which can show external components of an airplane to help pilots determine a fault?
1
External recordable CCTV, a third black box
9
Which aircraft feature stock exterior cameras?
1
Does an aircraft like the Airbus A-320 have external sensors to detect damage to the aircraft?
0
Do modern aircraft have the functionality for the pilots to look behind the aircraft?
4
Could airliners have cameras to let the pilots see the engines and wings?

27
Why do airports have to close in bad weather?
12
Why does maneuvering speed vary with weight?
9
Why do the old A320s have a lower tailwind limitation compared to the newer enhanced ones?
4
Why do we have to perform a normal APU shutdown if a fuel spillage occurs?
7
Does MMO (limiting Mach number) assume any maneuvering limits?
2
Why have helicopter top speeds not increased much over time?
3
Does burning fuel to get to your max landing weight violate any regulations?
1
Why would larger aircraft have higher crosswind takeoff and landing limits than smaller aircraft?
11
Why did Concorde have a max pitch down attitude in supersonic flight?