What is a "Descend Via" clearance?

When flying to Teterboro, NJ (KTEB) and cleared via the JAIKE THREE ARRIVAL from Flat Rock (FAK): 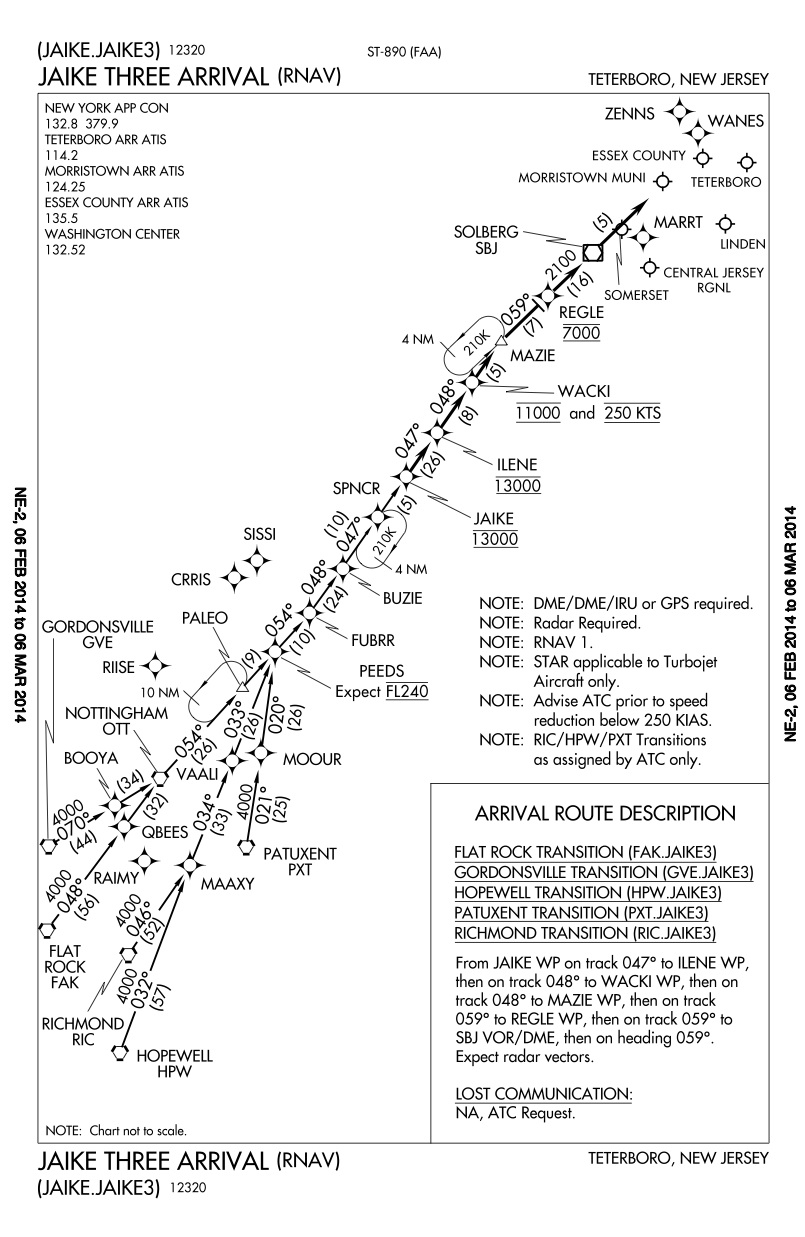 What does ATC expect when they give a clearance like:

Then, what if they give the next clearance when over JAIKE:

I believe that there is a difference in ATC procedures over whether or not the crossing restrictions still need to be made between US and Canadian rules, what should be done in both cases? (And out of curiosity, does ICAO have anything to say about this situation?)

h. Instructions to vertically navigate on a STAR/RNAV STAR/FMSP with published >restrictions.

This instruction authorizes the pilot to navigate the STAR laterally as published and to navigate vertically to meet all published altitude restrictions.

Clearance to “descend via” authorizes pilots:

EXAMPLE- “United 454 descend via the Haris One Arrival, except after Bruno, maintain one zero thousand.”

For the example of the JAIKE 3 Arrival, the clearance

will be issued if you are already established on the arrival laterally and authorizes you do follow the published route and altitudes. Assuming the FAK transition is your cleared route when you receive the descend via clearance, you would fly the lateral route

and you would descend at your discretion to be at 13,000 ft at JAIKE, at 13,000 ft at ILENE, at 11,000 ft at WACKI (and at 250 kts) and 7000 ft at REGLE. You descend to and cross the fixes at these altitudes because you have been authorized to vertically navigate the STAR via the "DESCEND VIA" clearance.

NOTE: This arrival contains an "EXPECT" altitude and the controller should not issue a DESCEND VIA clearance until you are past this fix unless you gives you specific instructions as in:

If the controller at any time issues an instruction e.g.

then you would continue to navigate laterally on the STAR but would descend to 7000 ft, disregarding any published altitudes on the STAR. You are no longer authorized to navigate vertically on the STAR. If the controller requires you to still cross certain fixes at certain altitudes, they will specify those crossing restrictions in the descent clerance, e.g.

you shall continue to meet all published crossing altitudes on your descent to your cleared altitude. For reference on this difference, see FAA InFO 12003

9
How are "expect" altitudes on STARs used?
5
Does a "climb and maintain" instruction override a "climb via the SID" one?
2
How to interpret the published altitudes for each of US STAR procedures?

9
How are "expect" altitudes on STARs used?
19
Lost radio communication after take-off in IMC - what are my options?
8
Is prior clearance into Class B airspace revokable?
9
What altitude to fly on a STAR when it reads "expect"?
5
Does a "climb and maintain" instruction override a "climb via the SID" one?
3
Does TRACON airspace override Class B airspace in terms of control authority when controlling approach or departure procedures?
1
When does an instrument approach "begin" per §135.225(a)
7
How should one fly the entry procedure to an approach when the hold is not aligned with the outbound course?
1
Descend via STAR, after getting crossing restriction previously
7
When can I start an approach if I lose comms and my clearance limit is not an initial approach fix?