What kinds of planes can tow banners?

Planes can sometimes be seen towing banners around large cities or events.

What kind of plane is good for this type of flight? With banners they appear to be flying slower than usual. Is this just an illusion?

What are the practical or regulatory requirements that the plane must meet to be capable? I am tagging with FAA but information about other jurisdictions is welcome.

What kind of plane is good for this type of flight?

The cheap kind. Joking aside, the exact airplane to use depends on the size of the banners or billboards you're going to be towing, but generally speaking you want something reasonably rugged, with good slow flight characteristics, sufficient engine power to be able to overcome the added drag from the banner, and, hopefully, some decent fuel consumption.

I'm not entirely kidding about the cheap part though; banner towing is hard on the airplanes and carries a higher-than-average degree of risk, so you do want to stay away from airplanes that will be expensive to fix, if you can help it.

As for specific types, I've seen banners towed with everything from -152s to Grumman Agcats; a large banner tow operation apparently had a Super Cub with an O-540 bolted to it, so you'll see a ton of different things, but tailwheels seem to be the norm, at least in the US, and many outfits will make additional modifications such as removing engine cowlings to help with cooling.

With banners they appear to be flying slower than usual. Is this just an illusion?

No, they are indeed flying slower. First of all, the added drag from the banner slows the airplane down all by itself. Secondly, you're being paid to advertise, so you want to make sure that people can read whatever sign you're towing. You're not flying the ragged edge of the stall (it's dangerous, uneconomical, and unnecessarily hard on the engine), but you're probably going to be flying on the backside of the power curve.

What are the practical or regulatory requirements that the plane must meet to be capable?

In addition to the practical considerations we've talked about above, banner towing operations require a waiver from the FAA. The company has to apply for it and every pilot must be trained in banner tow operations, pass a review from an approved FAA inspector (who will be watching you perform picks and drops from the ground), and be added to the waiver. The aircraft and tow hitch mechanisms also have to be inspected and approved for banner tow operations, and added to the waiver.

In general, towing requires an aircraft capable of safe operation at low speeds, e.g. a low stall speed, since the drag of the banner makes it difficult to reach higher speeds. Good low speed handling also makes banner pick-up and drop-off operations safer and easier. You can see the FAA's manual on towing operations here (PDF).

It's not just airplanes that tow banners. I worked with a helicopter pilot who used to fly "helibanners." The advantage is that a very large banner can be towed since the helicopter can handle gusts "dragging" the helicopter down to very low flight speeds and the rotor can provide considerable thrust at low speeds. The new hazard is that the banner and its rigging can get caught in the tail rotor, which would be catastrophic. This is usually dealt with by using a special weighted banner design that keeps everything away from the empennage. 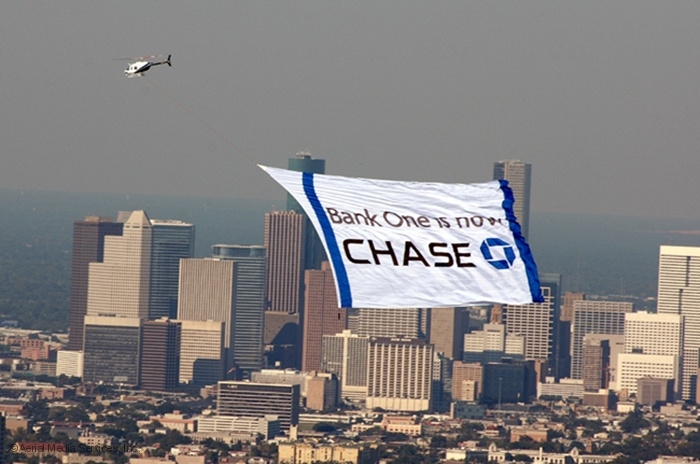 Generally speaking (I spend a lot of time on the shores of NJ) I see Piper Pawnees, Super Cub's, and a variety of Citabrias. Here is a good thread discussing it. Keep in mind that a banner creates a lot of drag and will greatly effect a plane that is flying cross wind so power is a concern. Just this past weekend there was a super cub towing a banner over the shore that i was watching pretty closely. They were flying up the shore with almost a 45 degree headwind at about 25Kts (I didn't have the winds aloft on hand that was ground speed). At some points it almost seemed as if he was not moving and at others it seemed as if he was being blown out to sea. It was an interesting real world visualization on the effect of crosswind for sure.

Not the answer you're looking for? Browse other questions tagged faa-regulations general-aviation or ask your own question.

12
How does banner tow attach and release work?
6
How does ATC handle different kinds of emergencies?
3
What make and model are these two small propeller planes?
0
Under what conditions can a pilot log simulated instrument time?
4
How do banner tow planes coordinate with air traffic control?
5
What are some Anti-icing solutions for small planes without an on-board system?
3
As a commercial pilot, can I fly my spouse for her work?
1
Where can you join a STAR & STAR Altitudes?