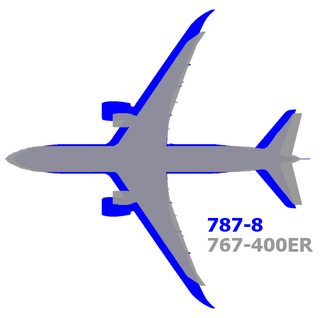 9
Why is the A330neo more efficient than the A350 on shorter routes?
6
What is the average weight difference between composite and metal airliners?

38
Why are commercial airplanes painted at all?
9
Are tripropellant jet engines a viable way to increase fuel efficiency for large commercial airplanes?
3
How much fuel did this Boeing 787-9 have on board for this flying display?
6
What was the value proposition of the 767-400ER over the 777?
12
What are the "Static Ports" in a Boeing 767?