Why are aircraft windshields not unbreakable?

From a materials engineering standpoint, cockpit windshields, typically weighing between 25-40 pounds, depending on the type of windshield build, are typically constructed of several layers:

But even then, it is not unbreakable. We have had several cases of broken windshields, as mentioned in above source. Also, the co-pilot in Varig Flight 254 crash was wounded from a tree, which struck his shoulder after crash landing.

So, why are aircraft windshields not made from unbreakable Glass Ceramics ? 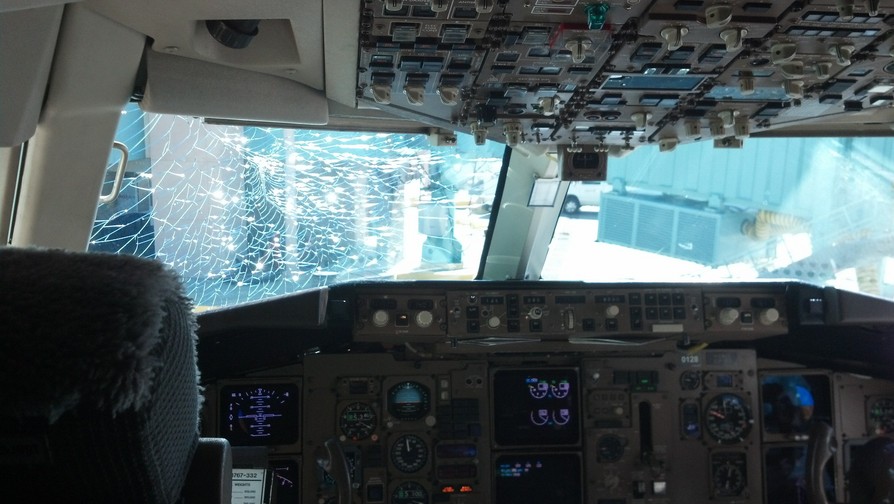 In the US, aircraft windshields must conform to 14 CFR 25.775 - Windshields and windows

(b) Windshield panes directly in front of the pilots in the normal conduct of their duties, and the supporting structures for these panes, must withstand, without penetration, the impact of a four-pound bird when the velocity of the airplane (relative to the bird along the airplane's flight path) is equal to the value of V C, at sea level, selected under § 25.335(a).

So, windshields are not indestructible partly because they are not required to be.

I guess windshields are not required to be indestructible because bodies like the FAA probably take the view that when an aircraft impacts a massive object at high speed, say a large mountain at 500 MPH, it is of no consequence whether the windshield survives intact at the bottom of a large crater of tiny aircraft fragments. It serves little purpose to make the windshield substantially stronger than the surrounding airframe.

Glass Ceramics are not unbreakable. For example a glass-ceramic might have a bending strength of 340 MPa (Ref p9)

9
Why are piggyback launches done by dropping the carried aircraft and not by “fly-off” launches?
30
Why are passenger seats not facing backward on an airplane?
15
Why are aircraft external lights round, not tear-drop shaped?
8
Why are airliner cockpits not shielded from lasers?
8
Why are passengers not given the option of shoulder harnesses?
3
Why don't aircraft (commercial and military) use reflective visor windshields?
6
Do any aircraft windshields have anti-reflective coatings?
7
What materials are used for aircraft windshields?
2
Reason why heavy aircraft are allowed to land but not to start