Why locate engines far from the fuselage in some aircraft, such as the SR-71?

There are some plane designs where the engines are placed quite far away from the fuselage, one example is the SR-71. 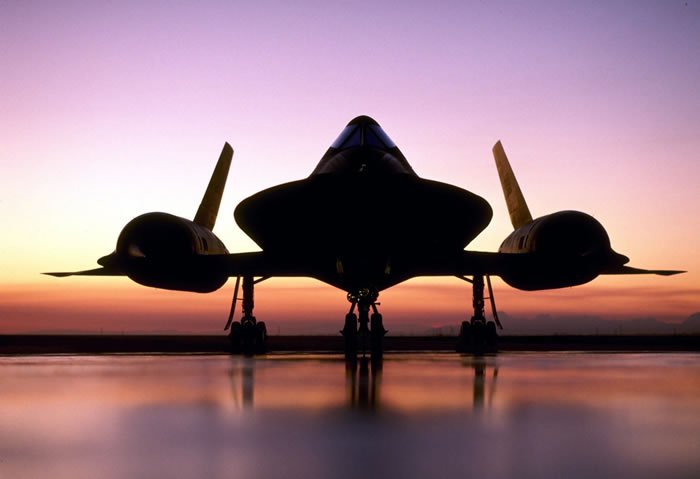 This amplifies the effects of any asymmetry of the engine thrusts, the worst case being zero thrust on one side. What are the reasons that justify or force those designs?

One could imagine that, in flight, the wings are holding up the aircraft, but this causes a massive bending moment at the wing roots (just visualize an airplane suspended by ropes from the wings). As such, is favourable to have the airplane body be as light as possible, and put as much mass (e.g., fuel) as possible on the wings, where the lift forces coincide (or at least, are closer to) the weight of the engine, reducing bending moment on the wing roots. This allows for smaller (and thus more aerodynamically efficient) wing structures.

As noted in the comments, placing the engines further away of course increases downwards bending moment when the plane has landed. However, this will be 1g by definition (at touchdown, the wings still provide lift (generally)), whereas during the flight, an airplane is designed to take up to 2.5g (and, I suppose not completely coincidentally, -1g).

There are a couple of reasons which drive the need to place the engines at optimum distance from the fuselage. In case of Blackbird SR-71, the engines have to be placed at a distance such that they can ingest optimum amount of air for proper combustion. Placing the engines too close to the fuselage would hinder the air flow, and hence the engines might not work properly. The CONS of having such a placement, as mentioned in the question can be done away by having proper damping, and design techniques to reduce the effect of any kind of asymmetry.

11
Why did the CL-400 Suntan have engines on the ends of its wings?
6
What are the advantages/disadvantages of in-fuselage engines (eg most fighter jets) vs wing/fuselage mounted engines?

54
Can the Airbus A380 safely fly with two engines out on the same wing?
33
Why do we never see high-bypass turbofan engines sharing the same nacelle on large airliners and similar aircraft?
14
Why don't planes use pulsejets?
24
Which aircraft have made notable use of lateral asymmetry?
6
Why hasn't there ever been a large 4-engine commercial airplane with 2 engines on the wings and 2 engines at the tail?
7
Do gyroscopic forces (from rotating engines) significantly affect yaw or pitch?
4
Is hypersonic flight possible with a Busemann's Biplane?
7
Is there a rule of thumb for spacing between jet engines?
6
Why did most WWII Allied piston engines not use fuel injection?
13
Why does the B-52 have such a tiny rudder?