How much power is generated by a Ram Air Turbine (RAT)?

For long range, wide body planes A380 and B777, what is the power generated by RAT (Ram Air Turbine)? And which all are the systems which the RAT drives?

According to the Flight Crew Operations Manual of the Boeing 777:

The RAT, when deployed, provides hydraulic power only to the primary flight control components connected to the center hydraulic system. 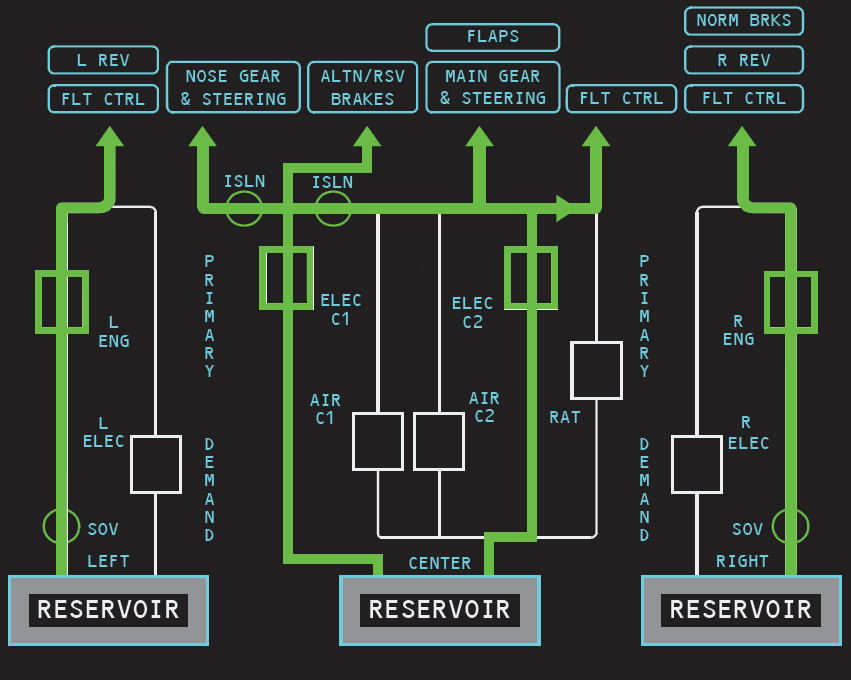 The RAT powers both C1 TRU and C2 TRU, which powers the captain's and first officer's flight instruments, respectively.

The RAT can supply electrical and hydraulic power simultaneously. However, if the RAT is unable to maintain its RPM, the electrical load is shed and provided by the main battery, until RPM is satisfactory.

Not the answer you're looking for? Browse other questions tagged emergency electrical-system rat or ask your own question.

11
Is there a maximum airspeed to deploy a ram air turbine?
6
How much drag does a RAT deployment add?
7
What are the pros/cons of ram air turbines?
14
Why would a RAT be deployed at takeoff?
25
Does a Boeing 737-800 Have a Ram Air Turbine (RAT)?
2
What prevents companies like Cessna and Piper from connecting multiple alternators to a single engine?
4
How do pilots decide whether or not to deploy a ram air turbine?
19
What role did the RAT (Ram Air Turbine) play on US Airways flight 1549?
3
Why does load shedding still occur in jetliners (e.g., 787) when there is so much power available?
8
What was the first aircraft equipped with a RAT?