Can an APU exhaust make a contrail in flight?

I saw this picture in a local newspaper. 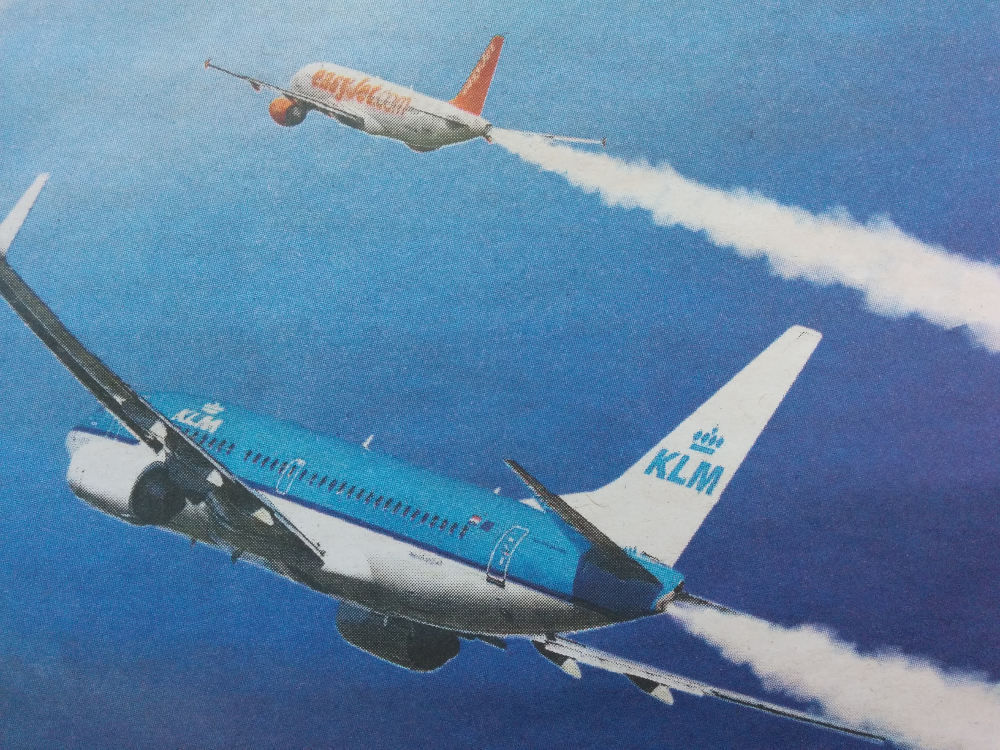 My thoughts were, silly artists, that's the APU exhaust, it won't ever produce a trail like that during takeoff (or ever). Of course, the picture is clearly photoshopped, as can be seen by the planes' outlines. But somebody didn't do the research :)

Just to be sure, were my thoughts correct?

APU may be used in flight as second source of power or bleed air if one of the engine systems is inoperative. If it is so used, it might leave a contrail the same way engines will, though as DeltaLima notes, it's exhaust is hotter and the air behind the fuselage is more turbulent, so the range of conditions where it will leave a contrail is narrower than for the engines.

In B737NG (the lower aircraft in the picture), the APU can be used as bleed air source up to 17,000 ft. This is too low for normal cruise, but if bleed system fails, pilots will descend to this altitude and start APU to provide air-conditioning for the remainder of flight to a suitable nearby airport. It can also be used up to 41,000 ft as power source, so the aircraft may cruise with one generator inoperative and running APU.

In A320 (the upper aircraft in the picture), the APU can be used together with one bleed air system up to 20,000 ft and for power generation up to 41,000 ft. So again, the aircraft may cruise with one generator inoperative and running APU.

You are right. Newspapers are rarely able to produce anything about aviation without letting their imagination fly.

First of all, the APU doesn't produce contrails. Second, contrails don't start at the exhaust but at a distance behind it.

Its photoshopped. If you look closely enough you will notice that the contrail from the A320 is a scaled down version of the one from the B737.

Something tells me the image came from a hysterical chemtrails conspiracy website.

Not the answer you're looking for? Browse other questions tagged contrails apu or ask your own question.

15
Why are contrails not visible from the cabin?