why there is APU bleed air supply?

Does someone know anything about APU bleed air supply in this pic? 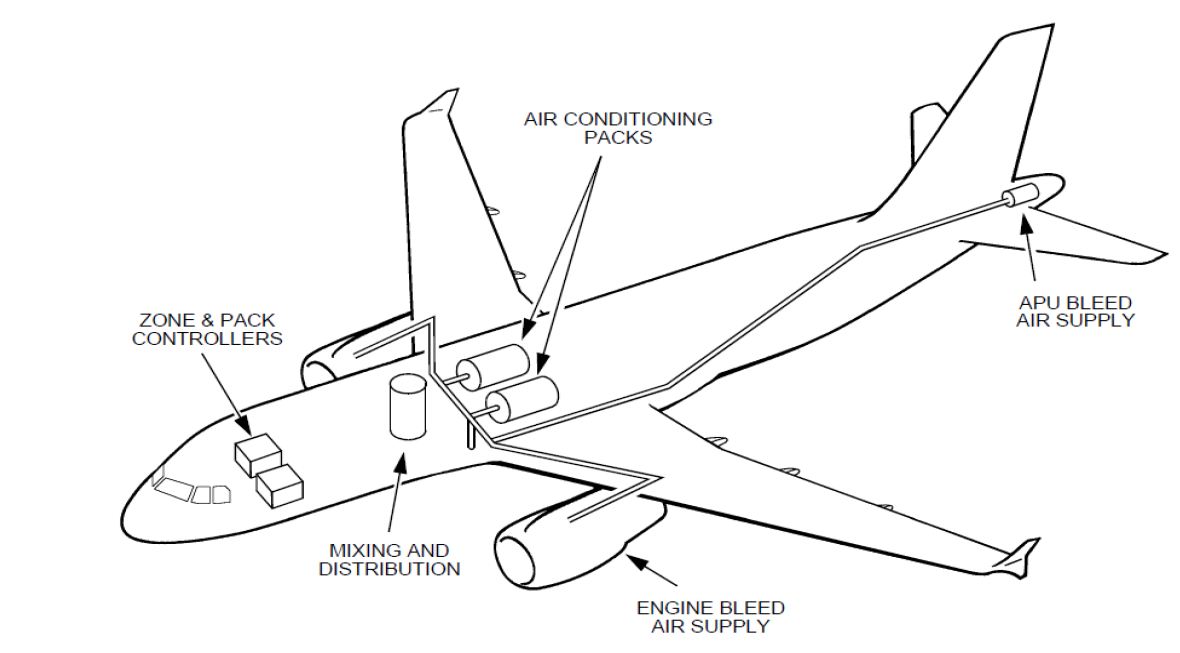 The APU is an alternate source of electrical power and also bleed air. Since it doesn't have any function to generate thrust, it burns considerably less fuel than the engines do, and is intended primarily for ground use, although most APU's can also be operated in flight for things like a second source of electrical power if an engine generator has failed, or a source of bleed air if the bleeds are closed on the engines in order to generate more thrust.

In that diagram, what you're seeing is a portion of the pneumatic system, showing that the bleed air from the APU can be routed to both air conditioning packs (on many aircraft the APU can power both AC packs on the ground; on some aircraft it can only power one at a time), as well as to the engines, where it provides air for starting them.

On some aircraft, the bleed air from the APU can do other things, like pressurizing the water supply, and while it isn't operationally useful, it can generally supply bleed air into the anti-ice ducting for the leading edges. In practice, though, that's only done when the engines are running, due to the greater volume (and temperature) of hot bleed air that the engines can produce compared to the APU.

APU is there for the bleed (and running some electrics).

Using that bleed an aircraft at the gate (with engines shut off for ground personnel safety reasons) can run the airconditioning and start the engines without needing pressurized air supplied from the ground from a huffer cart.

11
Is starting a jet engine without ground support possible?

2
What are the differences between these types of air cycle machines?
13
Where is the APU in the case of an S-duct (like the L-1011)?
6
Why is the A400M APU on the side of the fuselage instead of the back?
5
What fraction of air intake becomes bleed air in airliner engines?
16
What is the purpose of the fin at the Boeing 787 APU exhaust?
2
What is the difference between an APU and an ATS?
2
Is there a practical carbon-free jet fuel?
7
What prevents aircraft with a tailcone APU from using tail-mounted airbrakes?
29
Why is the most common hydraulic fluid so poisonous?
13
Why does the P-3 Orion use an engine driven compressor instead of bleed air for pressurization?