Why is the wing of large commercial jet aircraft usually located below the fuselage?

When the wing of an aircraft is located below the majority of the fuselage, the aircraft is generally considered more acrobatic.

Why then, do large commercial jumbojets generally have their wings located towards the center (from top to bottom) or bottom of the aircraft? On first glance, this design seems odd since one of their primary goals is stability in flight.

First of all, I do not agree with your assessment: The wing of large commercial aircraft is clearly below the fuselage, to allow the cabin not to become divided by the wing spar. The A380 would have better aerodynamics if the designers had interrupted the lower cabin by the wing spar, but the airlines did not want this at all. Please look at the picture below: I hope you will agree that the wing is clearly below the majority of the fuselage. Why this is done has been answered here and here. 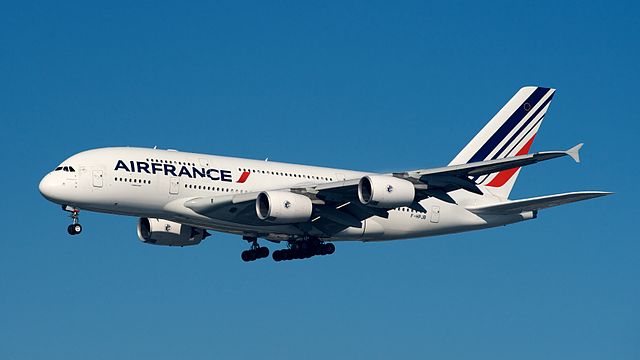 Large commercial aircraft have low wings to stow away their long landing gears. Long gears make it possible to stretch the fuselage and still be able to rotate during take-off. Large high-wing aircraft with their low fuselage position are easier to load and unload, at the price that the fuselage taper has to start shortly aft of the landing gear, so no stretching is possible.

A mid-wing design is common to aerobatic aircraft. For ideal roll handling, all parts should be aligned along a single axis, and doing this complicates fuselage design. Only for aerobatic aircraft the benefits outweigh the disadvantages. See the picture of an Extra 300 below: 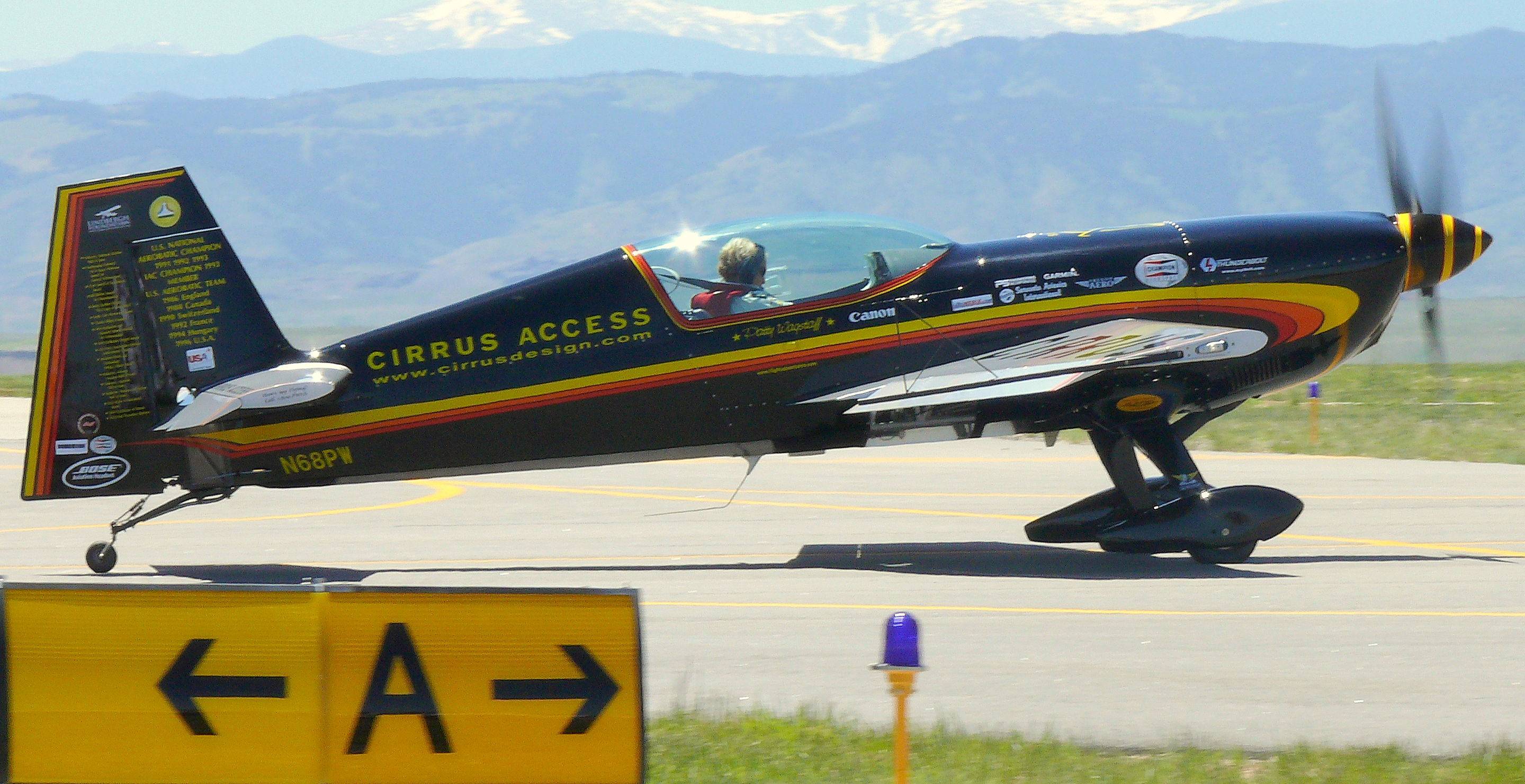 A high wing is selected when the gear height should be low for loading and unloading, when the downward field of view of the pilot should not be restricted (think parasol design in WW I), when the wing should have more ground clearance during landing (think gliders) or when the wing is meant to pivot horizontally (see picture below for an example). Note that the combination of a high wing and wing sweep will produce too much sideslip stability and needs to be corrected with anhedral. All three (sweep, wing position and anhedral) change with angle of attack, and the combination will still have too much or too little stability away from the design angle of attack. 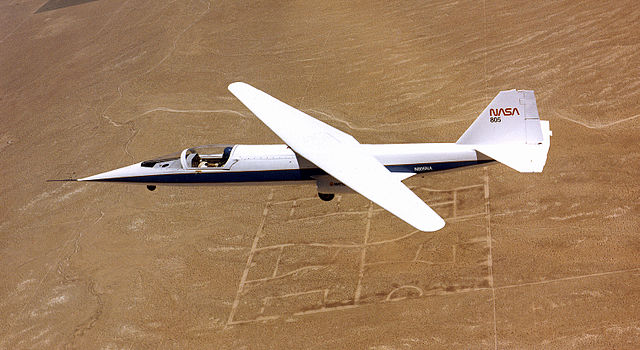 As Jan Hudec pointed out, pitch and yaw stability depend mostly on tail size and location, and even roll stability is affected by more than the wing's location. The location is a compromise of many, sometimes diverging parameters, and stability is only a small part of it.

High-wings increase stability in roll. It does not significantly affect stability in pitch and yaw; for those appropriate tail design is needed.

Why then, do large commercial jumbojets generally have their wings located towards the center of the aircraft (from top to bottom)?

It is more efficient.

On first glance, this design seems odd since one of their primary goals is stability in flight.

Most important is stability in pitch, because pitch is related to speed and energy management. But that just needs appropriate horizontal stabilizer and high or low wing does not matter. Stability in yaw is also important, but that is achieved by appropriate vertical stabilizer, again with little difference between high and low wing.

But in roll, the aircraft must not be stable too much. High roll stability provokes dutch roll oscillation and reduces manoeuvrability. So aircraft are designed to be only very slightly stable in roll.

There are regulations regarding

Out of this, the regulations regarding roll rate are as under:

(a) Takeoff. It must be possible, using a favorable combination of controls, to roll the airplane from a steady 30-degree banked turn through an angle of 60 degrees, so as to reverse the direction of the turn within:

(c) Approach. It must be possible, using a favorable combination of controls, to roll the airplane from a steady 30-degree banked turn through an angle of 60 degrees, so as to reverse the direction of the turn within:

Hence, a too stable plane cannot achieve such rates at the prescribed mach number, and the control surface deflection. So the wing position is kept so as to meet this requirement. Moreover, if you think that such configuration of the wing would make the airplane inherently unstable, the modern computers on the plane with proper feedback systems take care of such a thing.

Not the answer you're looking for? Browse other questions tagged aircraft-design commercial-aviation wing fixed-wing fuselage or ask your own question.

2
What are some advantages and disadvantages of have the wing on top of the airplane?
36
Why does An-225 have anhedral wings though it is a cargo aircraft?
41
What are the pros and cons of high-wing compared to low-wing design?
39
Why do large aircraft have their engines mostly on the wings, while smaller ones tend to have them in the tail or the tip?
21
Why do (almost) all military transports have high wings and civilian transports low wings?
7
What's the minimum roll rate a commercial airliner would have with maximum aileron deflection?
6
What are the properties of the wing (airfoil symmetry, angle of incidence) of an aerobatic aircraft?
6
What are the benefits of a pivot wing?

19
How does chord length affect wing design?
18
Why are high-wing aircraft more stable?
8
Is there anything wrong with this more symmetric aircraft design, and why isn't it used?
5
Which are some planes shaped like an inverted wing?
9
Why do cargo aircraft still have floors?
24
Why was the Spitfire's elliptical wing almost uncopied by other aircraft of World War 2?
11
Do high-wing aircraft represent more difficult engineering challenges than low-wing aircraft?
0
Could in flight folding wing tips lead to a safer airliner design?
14
Why are there large gaps in the spoilers of the Airbus A300?