How does take off mass impact induced drag?

In this answer to another question, it was stated that:

Take-off mass: If you take no payload, the aircraft will produce less induced drag and reach a slightly higher range

How does a change of weight inside the same shaped container increase induced drag, since the air doesn't come in contact with the cargo?

For the same aircraft speed and an horizontal trajectory:

Lift and drag coefficients as a function of the angle of attack are represented in the following diagram. 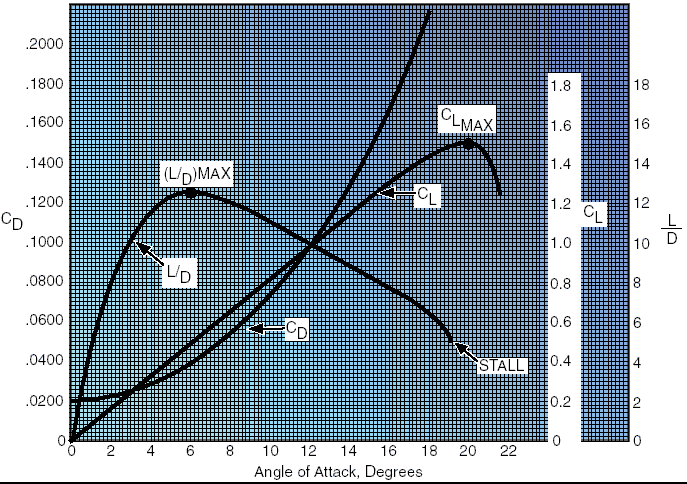 The ratio L/D is also represented, with its maximum L/D max. L/D max is an economical angle of attack. After L/D max, a gain in lift is at the expense of a larger increase in induced drag.

For a more accurate representation of lift and drag coefficients against the angle of attack, and additional information: Lift and drag curves for the wing.

The quoted statement is true, but "slightly" can be discussed. Because the increase in range depends a lot on how much payload the aircraft could carry. (If it's %50 of the max takeoff weight, the range could increase a lot).

Two ways of generating more lift, which is needed to carry more weight: 1. increase angle of attack. 2. Increase speed with same angle of attack. Both create more drag, there for both require more gallons per hour to fly.

Because of higher AOA requirement for a given amount of lift at a given speed, a more heavily loaded aircraft will stall at a higher airspeed. This is why, when taking off and landing, it is a good idea to know the stall speed for your weight, and add in your safety margin accordingly.

4
How can the range of an aircraft be calculated given real wind conditions?
5
Is there a downwash equation?
3
What is the relationship between angle of attack and wake turbulence?

5
For a large commercial plane on landing, does the L/D ratio increase, decrease, or not change much?
2
How can the zero-lift drag coefficient (parasitic drag) be calculated?
4
Why is the thrust/drag increase much lower at a lower FL with weight the only variable?
3
Does shrouding a propeller minimize induced drag by equalizing the downwash velocity along its blades?
2
Does speed or angle of attack generally have the greatest impact on total induced drag?
44
Was the Space Shuttle aerodynamically neutral while piggybacking, or did the combination act like a giant biplane?
11
How does the A350 variable camber system decrease drag?
3
How does downwash affect angle of attack?
1
Is it incorrect to say that "passenger jets like to cruise at higher altitudes because there's less drag"?
1
Is the classical definition of induced drag merely a mathematical construct?