What are the flaps on the exhaust of military airplanes for?

I have been looking over some pictures of military airplanes, and I noticed that some of the more modern air planes have flaps on the exhaust 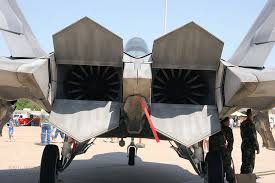 I was wondering if anyone knew what the purpose of the flaps were, and why they are only on modern airplanes

Those flaps on exhaust are for thrust vectoring. A simple definition would be:

the ability of an aircraft [...] to manipulate the direction of the thrust [...] to control the attitude [...] of the vehicle

[Its] nozzle [...] is the first vectoring nozzle. That means the pilot can move, or vector, the nozzle up and down by 20 degrees.

The gases coming out of the vector nozzle help push the airplane's nose up or down. This vectoring increases the roll rate of the plane by 50 percent, making it much more maneuverable than other fighters.

Thrust vectoring [...] works automatically in response to commands from the pilot.

Adding to the above answer:

These mechanical devises are for thrust vectoring. Their purpose is for super-maneuverability, meaning that the aircraft can maintain pitch and yaw control at extreme angles of attack where other non super-maneuverable aircraft would stall, spin, completely loose control, etc.

This ultimately allows a wider flight envelope and the ability to "push the envelope" further than would be without thrust vectoring.

Thrust vectoring allows a plane to turn harder and faster because, rather than the control surfaces doing most of the work to turn the airframe, the engine exhaust becomes a large component in the vector change, thus reducing the load on the wings and the rest of the airframe. Loading the wings with high g turns is dangerous beyond the flight envelope - the vectoring eases the load and thus widens the envelope. Also, point the nozzles in opposing horizontal directions aids in rolling the aircraft. 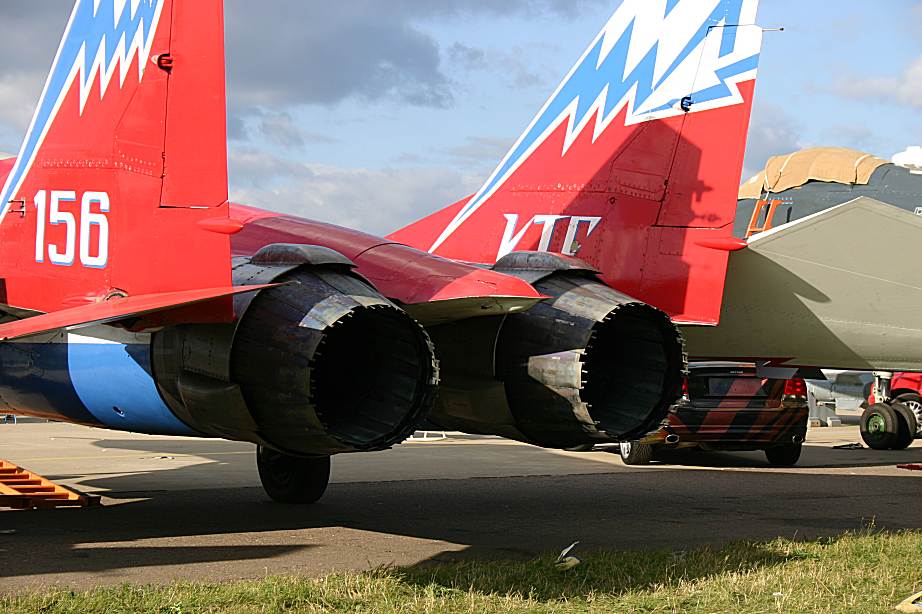 I've heard the MiG's nozzles are sometimes referred to as 'flowers of steel' because of the way they open, close, and move, sometimes completely independently of each other.

The video below shows the beautiful 3D nozzles in action starting at 1:40

5
What is 2D and 3D thrust vectoring?
0
Why was the Bell Boeing V-22 Osprey not worked on more?

19
Why did Cessna get rid of manual flaps in their 172?
12
What's the reason for the local flap extensions at the shockbody locations?
26
What is the rescue arrow decal on a military jet pointing to?
14
Why are the outboard Krueger Flaps retracted before the others on the B747?
9
What are possible causes for the flaps not deploying on a Cessna 172?
3
What are these openings on the TBD/TBM Avenger?
18
Is lowering V1/VR (and runway length required) the only reason for flaps at take off?