Which design method is used for super critical airfoils?

Critical speed or Mach number is the speed at which the speed of sound is locally reached somewhere along the flow around an airfoil. A supercritical airfoil can tolerate operating speeds slightly above the critical speed (hence the name), which means that a pocket of supersonic flow will show up, most likely on the upper surface. What qualifies an airfoil as supercritical is that the recompression does not need a shock, but can be done shock-free for a small lift coefficient range by clever shaping.

See this question for more.

Calculation of a supercritical airfoil is best done with a computer program which models the flow conditions around Mach 1 faithfully. Once such program would be TSFOIL. The picture below shows one result for the BACJ airfoil at Mach 0.8, and you can see that the speed on the upper surface reaches Mach 1.3. 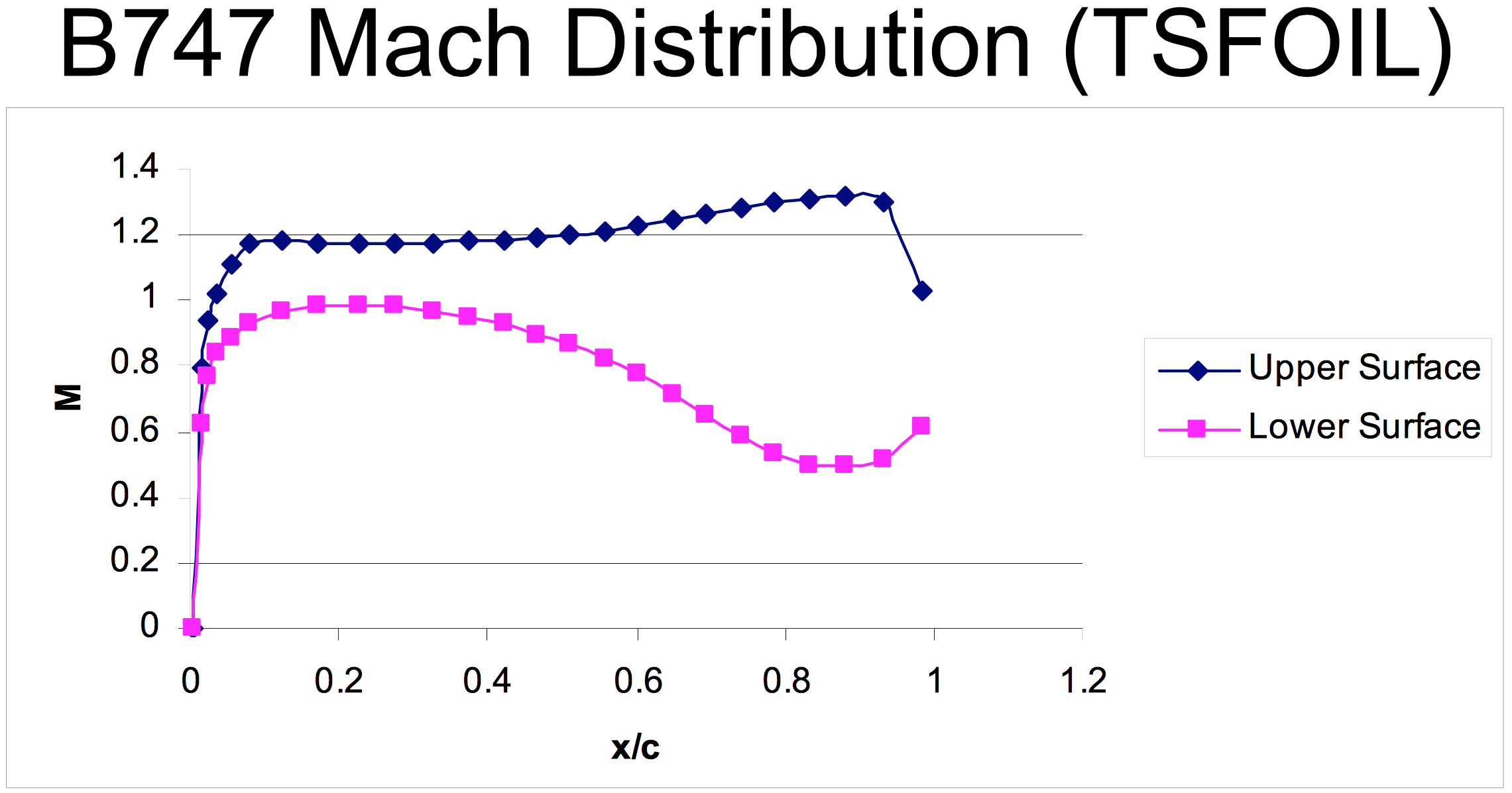 To add to the answer already given by Peter, on how to design a supercritical aerofoil, of coarse now we have many software which can tailor aerofoil shape for required loading curve. But you could do it using experimental method (fine tuning using Wind Tunnel runs) as well. This is one of the ways, although tedious and not the one which anyone would take now, but one of the ways for sure. In fact the first Supercritical aerofoil designed by NASA was through experimentation. Interestingly, supercritical aerofoils are very much what Natural Laminar Flow aerofoils look like. While those aerofoils were proposed in times as far back as 1940's I think, they did not catch the fancy since they were not proved very practical due to difficulty in maintaining laminar flow in real life, they were found out to be useful to push critical Mach number to a higher value.

44
Why does supersonic flight detach airflow from a wing?
12
Why isn't there a single best airfoil for subsonic flight?
10
Do airliners like Boeing and Airbus use airfoil variation along the span for their wings?
13
What is the actual air speed over and under a wing due to Bernoulli's Principle?
5
Do commercial airliners use supercritical airfoils?
2
Which airfoil to use for high subsonic flight?

9
How to go about designing a custom airfoil?
15
Are NACA airfoils used in modern aircraft design?
1
In what way are the airfoils used for a propeller different from the ones used in turbofan engine?
4
What is the purpose of thinner airfoils used near wing tips?
5
What's the theoretical background of the critical angle of attack?
0
The numerical method used by F.X Wortmann for inverse design
1
How to reproduce NASA/Langley airfoils for general aviation with long chord lengths?