What are these three indentations on the SBD's wing?

I was looking at pictures of WWII planes and noticed that the SBD Dauntless had 3 indentations towards the tip of the wing. What were these for? 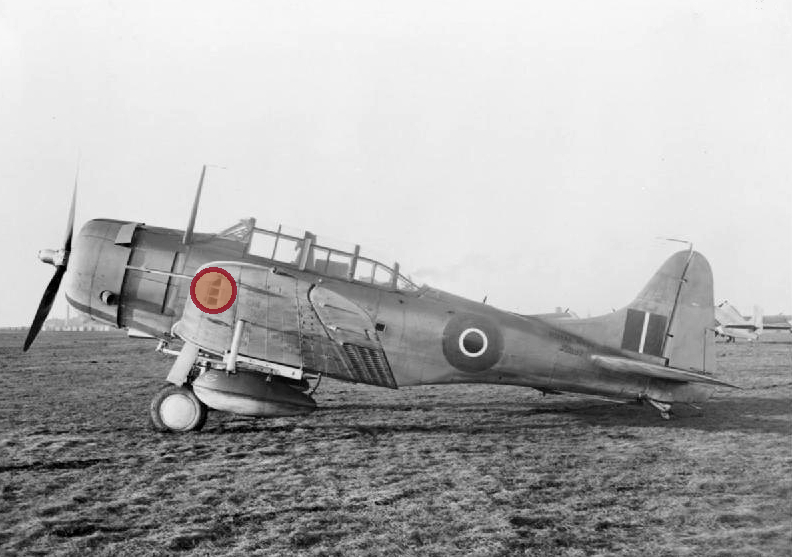 According to "The Dauntless Dive Bomber of World War Two" by Barrett Tillman, they are "letter-box" anti-stall leading edge wing slots added to improve the planes stability when approaching the 78knot stall speed during landings (and take offs, actually.)

The initial versions tended to not be able to build up enough speed during the (catapult-less) take offs from the carriers of WW2, and would simply drop off the front edge of a carrier. Adding the three slots basically fixed (or lowered) the speed of stall.

This is a better picture showing those indentations (or are they?): 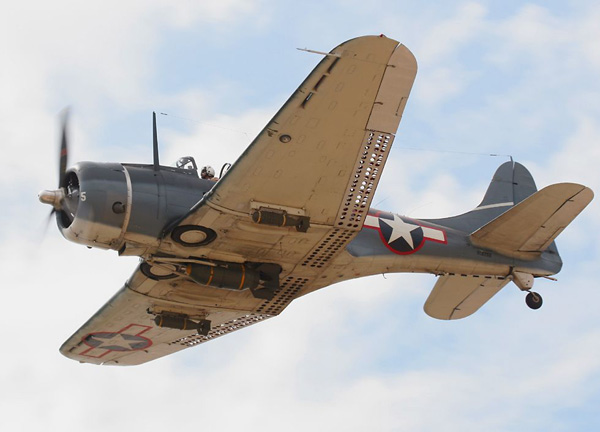 They appear to be wing slots (or leading edge slots). More details are here and here.

Not the answer you're looking for? Browse other questions tagged wing aviation-history or ask your own question.

44
Is the visual artifact seen over the wing from different air densities, a reflection or something else?
5
What are the advantages and disadvantages of have the wing positioned further aft on an airplane?
26
What is the purpose of the small fins on top of the wing surface of Boeing aircraft?
8
Where is the spanwise flow? How does the span wise flow point the air towards the wingtip?
7
How did aircraft flying in formation use flares to communicate with each other?
9
Did the Douglas SBD Dauntless have a second set of controls?
1
Why are early wing planforms mostly rectangular?
4
why some airplanes have their exhaust gases vectored above the wing?
14
What are those gray spots on the wing?