What trade-offs are being made in the design of the planform alignment of stealth aircraft? 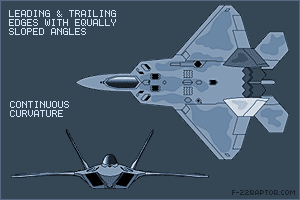 Incoming radar waves are deflected in a different direction, giving the enemy the impression that there is nothing there.

However, as mentionned in Wikipedia: "Shaping requirements detract greatly from an aircraft's aerodynamic properties. The F-117 has poor aerodynamics, is inherently unstable, and cannot be flown without a fly-by-wire control system."

I'd like to know what are the impacts of such planform alignment on planes capabilities, and how does a passive stealth shaping, using a small number of surface angles, compare to a "5th generation fighter"

This is a different question than Do similar angles on a plane make it more stealthy?" I'm looking for the advantages and disadvantages of using planform alignment.

To understand the functioning of planform alignment in befitting the fifth generation air-crafts in increasing their stealth, one first need to understand how Radars work:

Modern planes utilize this shortcoming of the radar by letting the incoming radar signal pass through them (using plan-form alignment), which then greatly reduces the reflected signal. The reduced reflected signal would be seen as an incoming signal of very low strength (intensity) by the radar, which then reads the size of the incoming air-craft as a very small object. This is called Stealth. The air-crafts also use special paints and composite coverings on the surface to again reduce the intensity of the reflected wave, to reduce the percieved size of the air-craft by the radar.

24
Do similar angles on a plane make it more stealthy?
1
What is the effect of opening airplane bay doors on the radar cross section of the airplane?