What's the relation between cabin pressure and altitude?

Usually, cabin pressure of an airliner is kept at a value corresponding to an altitude of not more than about 2000m.

Now, I heard that before takeoff, the pressure is already increased a little for higher stability of the fuselage. Maybe, this is wrong, but I had another experience:

I was in a 737-800 flying at 11500m. While the aircraft sank on approach for landing, I felt that typical pressure on my ears several times though we still were above 7000m. So, the cabin pressure already changed at that high altitude.

So, how is cabin pressure related to outside pressure during the entire flight? 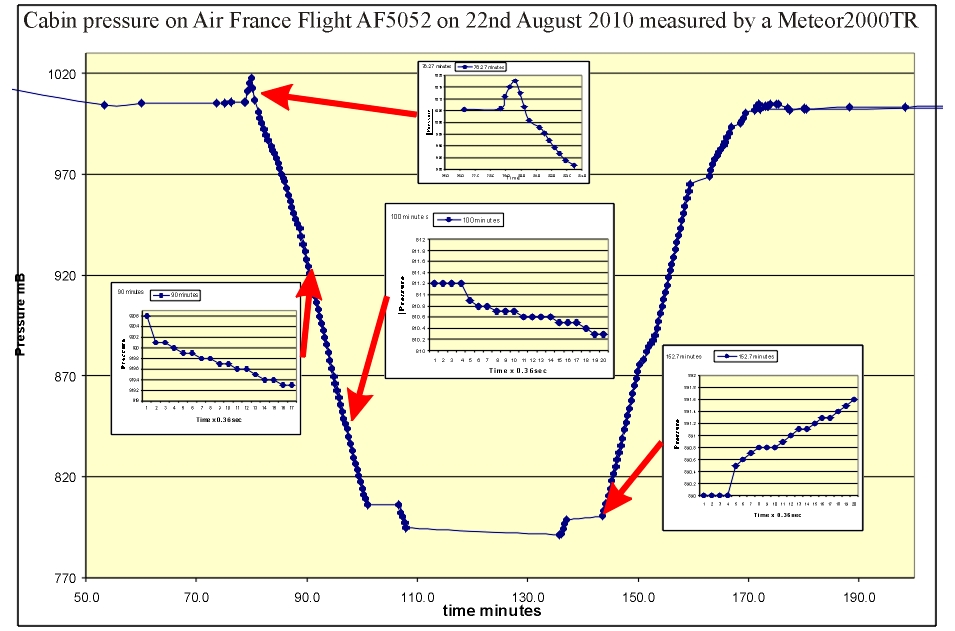 To the best of my knowledge, cabins are never pressurized before takeoff. This is a safety issue as it would inhibit door opening. The pressure would make them impossible to open.

Depending on aircraft, the aircraft might be kept at either:

Both methods have to take into account the landing altitude, since you don't want to land the aircraft pressurized.

The former is more common since it's nicer. This would also explain why you perceived a change even at high altitude.

30
Why is cabin pressure increased above ambient pressure on the ground?
13
How does my Casio watch know the altitude in flight?
7
Why barotitis, but only during descents and sometimes?

16
How is the cabin pressure maintained inside aircraft?
15
How do big planes like 737 manage fresh air for passengers during flight?
9
If the pilot cabin loses pressure, can the pressure difference lock the cockpit door?
30
Why is cabin pressure increased above ambient pressure on the ground?
9
Has the typical cabin pressure in airliners changed in recent decades?
3
What's the difference between positive and negative pressure relief valves?
2
How can I calculate the cabin pressure following a decompression?
7
Why aren't aircraft cabins pressurized to sea level pressure?