Do some aircraft now have “full aircraft” parachutes?

I was intrigued to see this mentioned in passing,

Is it true that some new products now have this?

Do they actually work, are there any demo videos, who pioneered it, in what situations is it actually useful, etc?

Yes, Ballistic Recovery Systems or Ballistic Parachutes (BRS) are now being implemented in newer aircraft where the manufacturer can provide them or where they are required by law. In Germany, Ultralights are required to have an installed BRS to be deemed airworthy.

The general idea is to allow the airframe to glide down to the surface and being attached to the airframe, the time saving for pilots to otherwise have to jump out and open their own parachutes (if equipped) is substantial.

The first parachutes were used by Comco in 1982:

In 1982 Comco Ikarus developed the FRS rocket-launched parachute system for its ultralight and hanglider aircraft.2 In 1998 Cirrus Aircraft provided the first ballistic parachutes as standard equipment on their line of type certified aircraft, the Cirrus SR20.

Here is a Video of the Cirrus Airframe Parachute System in action: 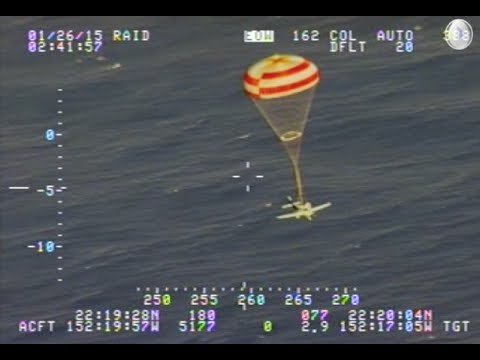 An entry on www.aviation-safety.net about the Cirrus parachute system:

The aircraft experienced a deployment of the Cirrus Airframe Parachute System (CAPS) over west Fayetteville, Arkansas. The airplane came to rest on a roadway shoulder sustaining substantial damage. There was 4 occupants on board, at least two people taken to the nearest hospital with minor injuries, according Police Department. The plane started having oil pressure issues immediately after take off.

For gliders, the first BRS was used in the experimental flying wing SB-13. Since the pilot was placed in a cockpit much larger than the wing, the fairing in his back was mostly empty. This space was used to house three parachutes and a spring-activated small extraction chute. The system was first tested on a 1:3 scale model (picture below). 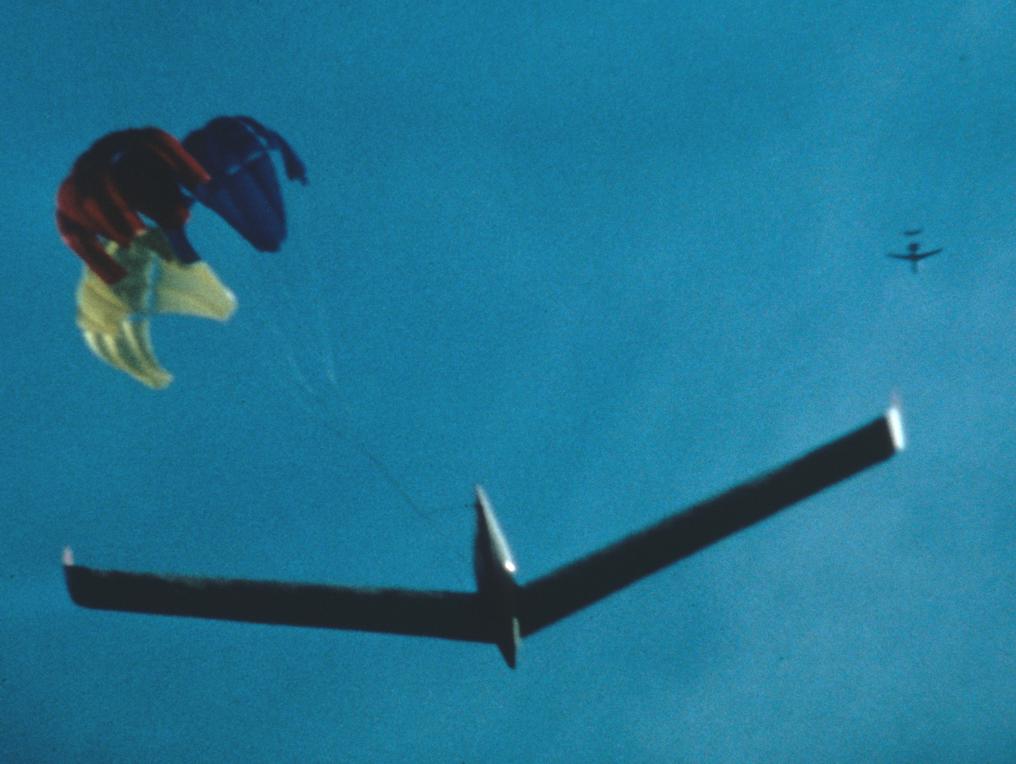 Model test of the SB-13 parachute rescue system (own work)

Later, the full-size system was tested with the cockpit section alone. The mass of the wings was simulated by stacks of steel plates bolted to the sides of the fuselage. The picture below shows the test with three chutes; the small spot on the left is the lid of the parachute compartment falling away. 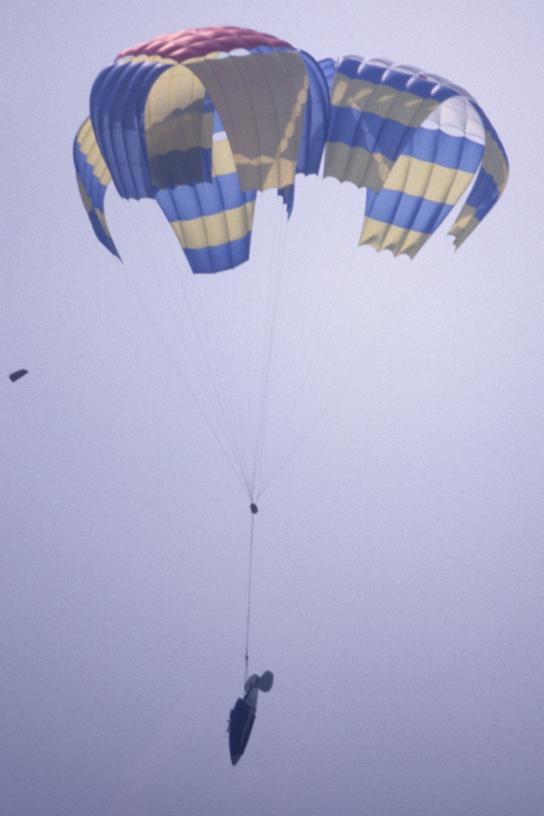 SB-13 full scale drop test in 1989 (own work). The fuselage was lifted aloft by a helicopter and then dropped. The added tail surfaces made sure it fell nose down.

On the last test someone (not me!) forgot to switch on the receiver in the fuselage, so the parachute was never released. The fuselage was completely destroyed and the steel plates dug themselves so deeply into the soft ground that they were never found. We stopped digging after less than a meter, though.

The parachutes can be activated over the full speed range, however, at high speed the deceleration is quite severe. The riser lines are woven and will stretch under load, so the peak acceleration can be reduced. This means that the lines can be used only once. After activation, new and unstretched lines need to be fitted to make the system airworthy again.

Not the answer you're looking for? Browse other questions tagged aircraft-design safety airframe-parachute or ask your own question.

11
Why do the Cirrus SR-20 and SR-22 have the CAPS (parachute) system?
17
Why don't all new GA planes include a parachute system?