How should I refer to a transition through class B or class C airspace?

In Seattle, it is common to request a transition over KSEA by asking for either the "Bremerton Transition" or "Kent Transition" (depending on what direction you're travelling). I learned these names from my CFI & have used them with no problem, but I've noticed that on the Seattle TAC they are referenced as Seahawk/Mariner Transition, which refer to which runway numbers to overfly rather than direction (personally, I've never heard these referred to on the radio).

Obviously, "Bremerton" transition refers to transitioning to Bremerton, but I'm curious if this is some agreed-upon lingo or just convention. Could I just as easily ask for a "Port Orchard" transition? 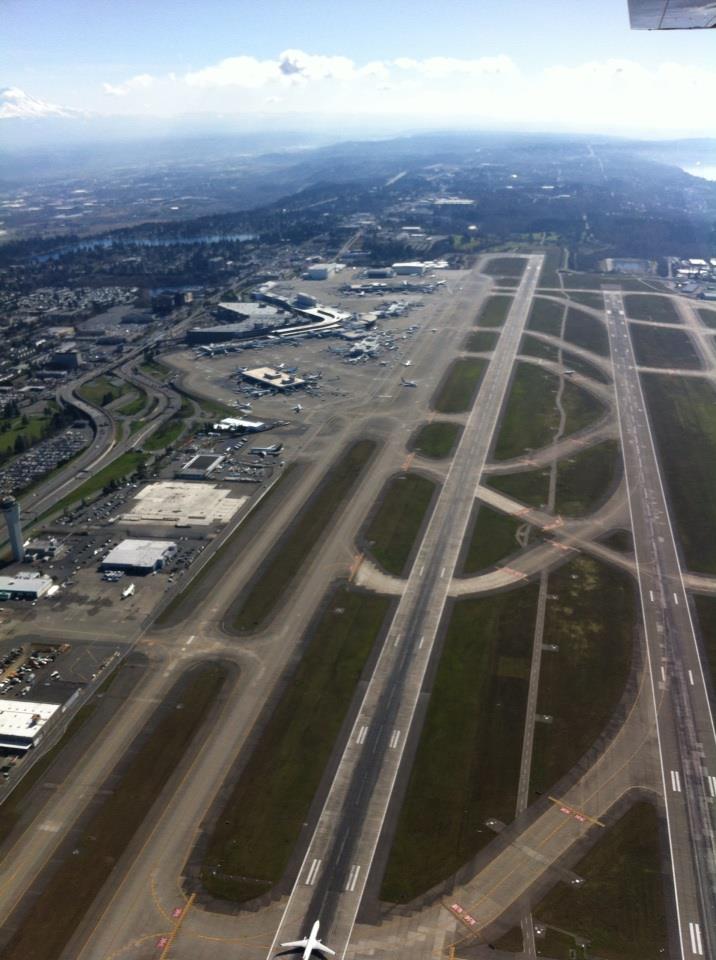 Sidenote: I personally love transitioning KSEA. If you haven't done it & are in the area, pick a busy day and request a transition. It's pretty impressive to see the large commercial flights landing right below you. On a non-busy evening, I've heard rumor you can even request a stop\go on 16R

You'll sometimes get radio phraseology different from what is published on charts either due to some holdover from now-superseded procedures (bad form, but it happens) or because of Letters-Of-Understanding that exist between the local Air Traffic Facility and certain operators or interest groups/associations, etc.

If you're going someplace new and want to use a published VFR Transition through class Bravo, the best way to go about it is to use the nomenclature on the charts in order to reduce confusion. Otherwise, it is also acceptable to simply request a VFR clearance through the airspace in a general direction of travel. Depending on your altitude, position and direction of travel, as well as traffic load and any airports you need to get around, ATC will vector you through or around the class Bravo.

The initial call follows the standard procedures outlined in the AIM and the Pilot/Controller Glossary. For example, starting out NE of Orlando class Bravo and asking for a transition to the SW, could be something like:

If you're near a local landmark, you could use it as a reference to help the controller find your aircraft more easily:

Generally speaking, if a VFR Transition or flyway is available, the preference is to have VFR traffic use it in order to lighten the controllers' workload, but if you don't have the charts, or would rather not do that for some reason or the other, you don't have to. Just follow the general procedures for transitioning through class Bravo and they'll do their best to accommodate you.

Not the answer you're looking for? Browse other questions tagged faa-regulations radio-communications class-b-airspace or ask your own question.