How should I interpret the difference in flight direction (azimuth) for great circle and rhumb line? 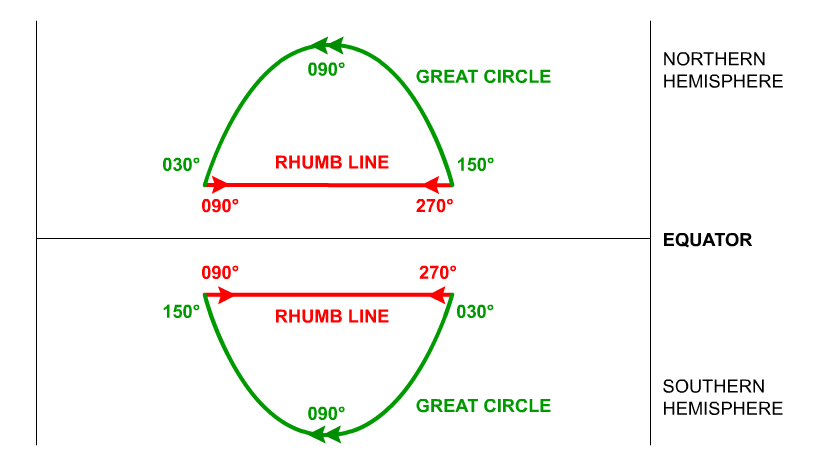 I am trying to understand the image above. If you fly in the Northern Hemisphere going west. The image said it's 150 degree if you fly Great Circle while 270 degree flying rhumb line.

I have no idea where the image comes from, but it seems that you have spotted an inconsistency/copy-paste typo.

Let's remember that the heading is always measured w.r.t. the north, increases in a cloclwise fashion and indicated the direction the aircraft is flying to, as shown in the following figure:

On the Great Circle lines only the westerly arrows appear and only the starting headings from the West are correct. These seems to have been copied to the East side, but they should have also been augmented by $180^o$, i.e. as you were expecting, you should have $330^o$ for the northern hemisphere (in lieu of the $150^o$) and $210^o$ instead of $30^o$ for the southern.

After some thoughts and ask around, finally figure out the answer to this.

It can be depicted by the image below: 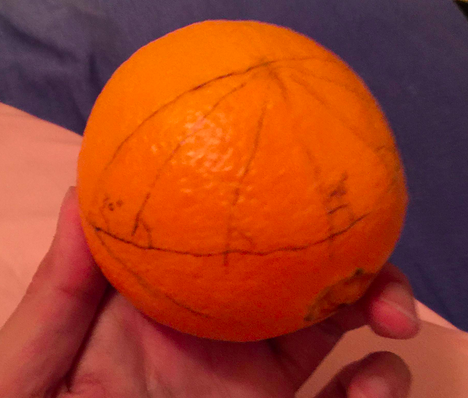 If you are flying great circle, the angle is measured against the meridian. If it starts from left to right, it will be 30 degree increasing and then reach 150 on the other side and vice versa. Drawing it out on the orange is the key.

17
If an aircraft flies straight ahead, does it follow an orthodrome/great circle?
3
How should I interpret this raw SID data from the FAA?
10
What is the english term for "vol en ficelle"?
1
How to call a cartesian (END) coordinate system, that is referenced in surrounding air?
6
Why did my transatlantic flight meander off the great circle?
1
Boundary Markers of European Airspace