How come sonic booms only occur once at the speed of sound and not multiple times? [duplicate]

Fighter aircraft today are capable of flying several times the speed of sound. Why is it that the sonic boom only occurs at the moment the plane crosses Mach 1?

Why is it that the sonic boom only occurs at the moment the plane crosses Mach 1?

The answer is: It doesn't. Sonic boom first occurs when the plane crosses Mach 1 and the plane continues producing sonic boom as long as the speed stays above Mach 1.

Another part of your question is:

How come sonic booms only occur once?

And the answer is: because the plane flew over you once. If the plane were to turn around and fly over you a second time you'd hear two sonic booms.

Various parts of the airplane generate sound. Form the roar of the jet engines to the whistle of the skin of the aircraft moving through the air.

When travelling at normal subsonic speed. These sounds travel normally through the air and what you hear is a continuous sound of an airplane flying.

When travelling at or faster than the speed of sound, all these sounds arrive at your ear simultaneously. That is to say, if normally you'd be able to hear a plane passing overhead over a period of 10 seconds (for example) then at supersonic speeds all those 10 seconds of sounds (engine roar, woosh of the wings etc.) arrive at your ear at the same moment.

Since all the sounds you'd ever hear from the airplane arrive at the same time, the result is a very loud boom (all the 10 seconds or more of sound added together).

That's why you only hear it once typically.

There are exceptions though. If the plane is long enough, and the nose and tail generate loud sounds, it is possible to experience a double sonic boom caused by the tail generating a second boom. But generally, even a very long plane like the 747 or A380 (or Concorde) would take only a very tiny fraction of a second to travel the length of their body at supersonic speeds. You'd probably need a plane a mile long to experience a proper double boom.

There is always a disruption (i.e a perturbation) in the air by a object traveling through it. Each one can be seen as a sphere (or circle in a 2D diagram). At speeds below Mach 1, these disruptions never converge, i.e. the spheres never meet. However, at any speed beyond Mach 1, they no longer travel faster than the aircraft and get 'left behind'. In this case the sides of each expanding sphere converge along a cone shape into a powerful shock wave that we perceive with as a bang.

The only difference is that as the aircraft becomes faster, the angle of the sonic boom in regard to the direction vector of the aircraft decreases: The cone becomes more acute as the spacing between each imaginary sphere becomes greater. You can never generate more than than one sonic boom, since it's a one-time transition. (On a more complicated note, some vehicles, included the space shuttle, pull of two sonic booms by disrupting the air twice)

You would perceive the same thing with a boat- above a certain speed you would generate a wake going outwards in two directions to the side behind you. 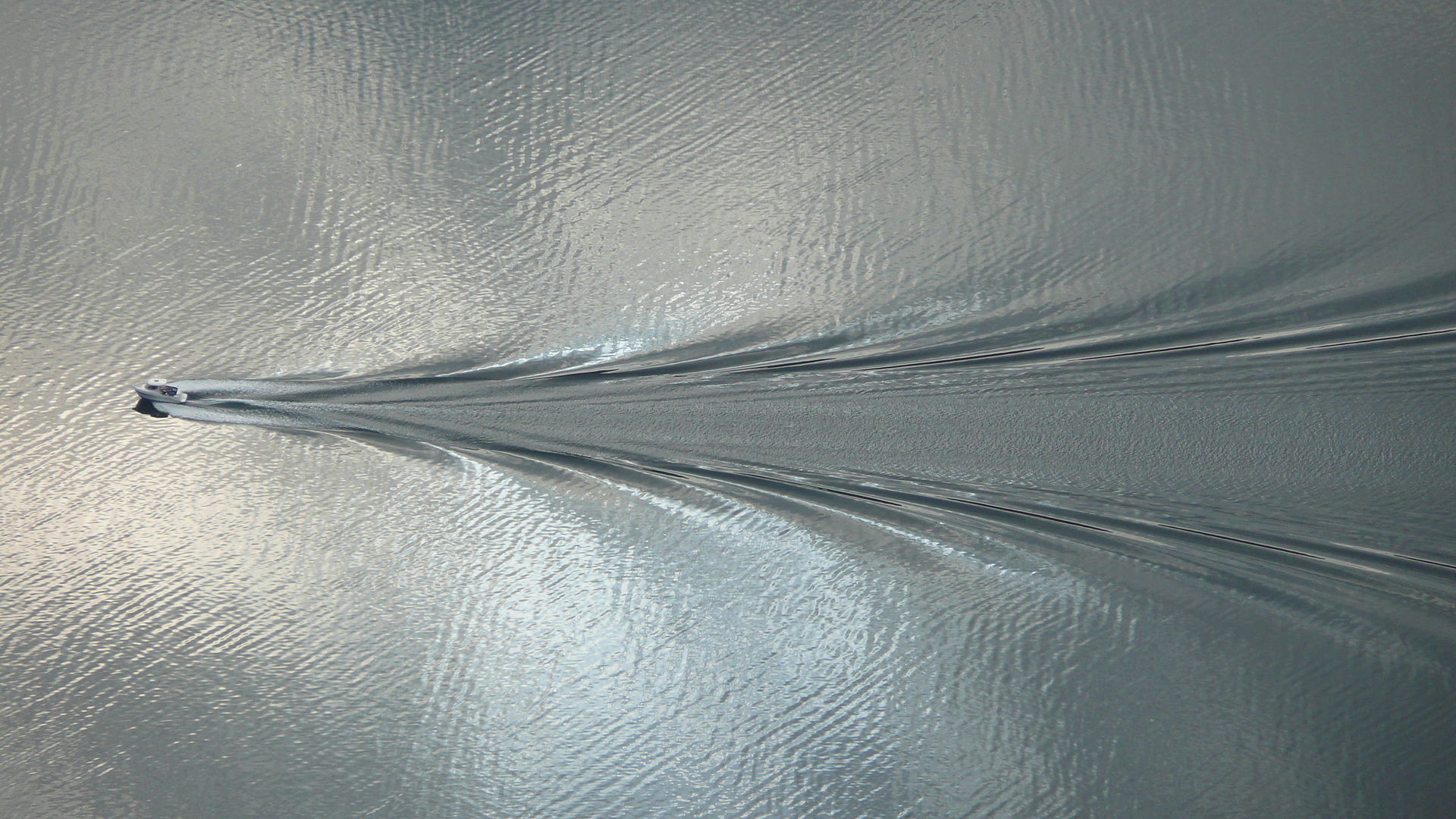 12
What is the simplest way to explain a sonic boom that is still technically correct?
11
What happens when an aircraft breaks the sound barrier?