Why are contrails not visible from the cabin?

If you observe a plane flying whilst on the ground, plenty of times you will see contrails: 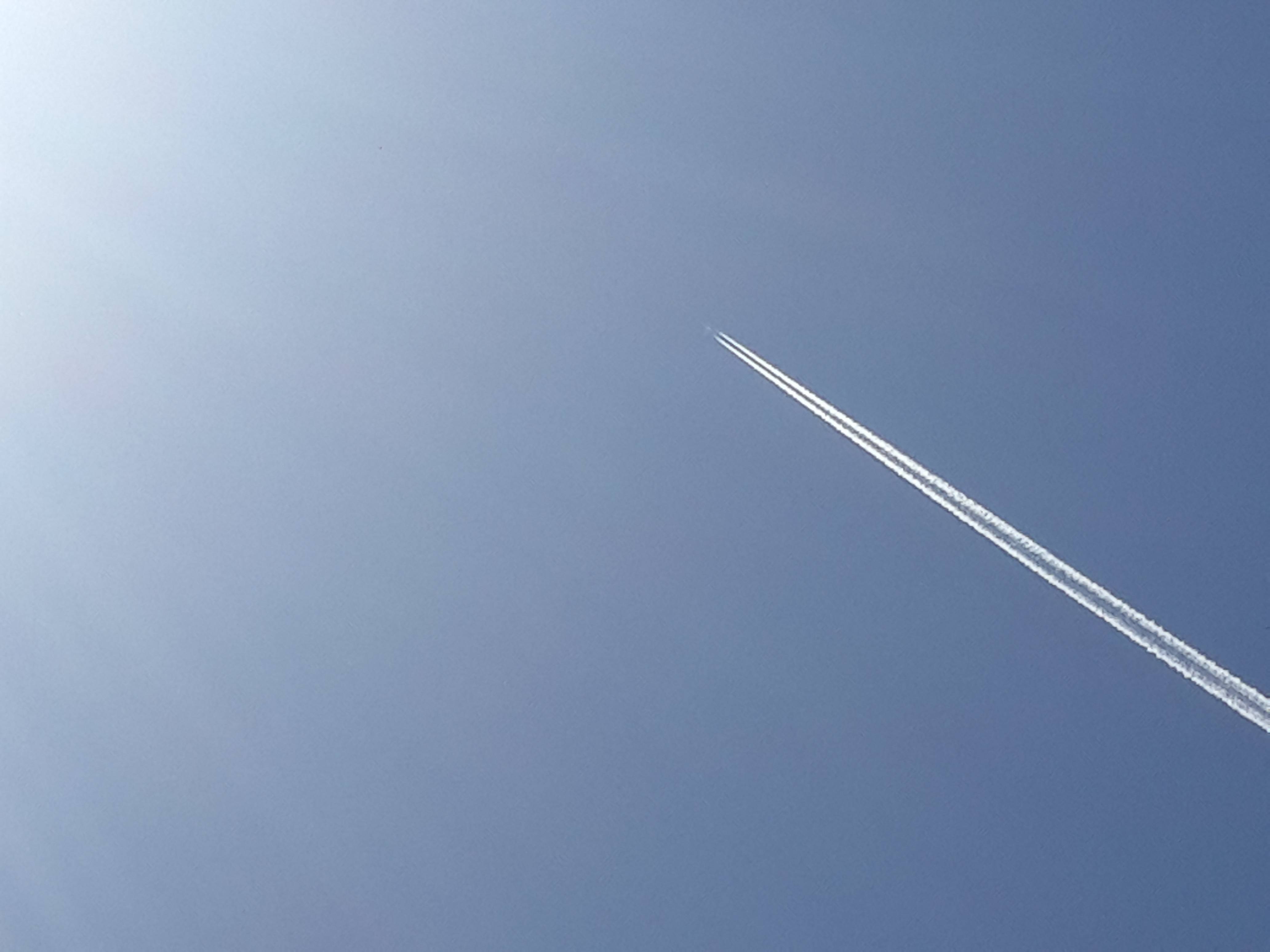 Why are they not visible from the plane itself when sitting in the most rear part of the cabin even by trying to look towards the rear of the plane fuselage? They seem to be quite close to the engines.

Knowing that they form due to the heat, they should be seen quite close to the engine.

Contrails do not form due to heat, but in fact the opposite: cold.

They occurs when water from fuel combustion exceeds the saturation point of the ambient air. As it is unable to hold more water it turns into water vapor instead. This freezes at sub-zero temperatures into ice crystals and you end up essentially making a cloud.

Since the saturation point is connected to temperature (think mixing sugar in cold vs. hot water) this happens a bit back from the fuselage when the exhaust cools down. The point where this happens is dependent on the outside temperature and the existing humidity.

Under the correct conditions you can see contrails from the cabin, but usually they crystallize too far back to be seen. See this and this video for it occurring.

The distance between the engine and the start of the contrail depends on:

Usually the contrails don't form before the tail of the aircraft, but in extreme cold or humid air contrails can be seen forming just behind the wing.

On larger aircraft you have a better change of seeing the contrail from inside the aircraft. On the 747 you can often spot them for the window of the rear passenger door. 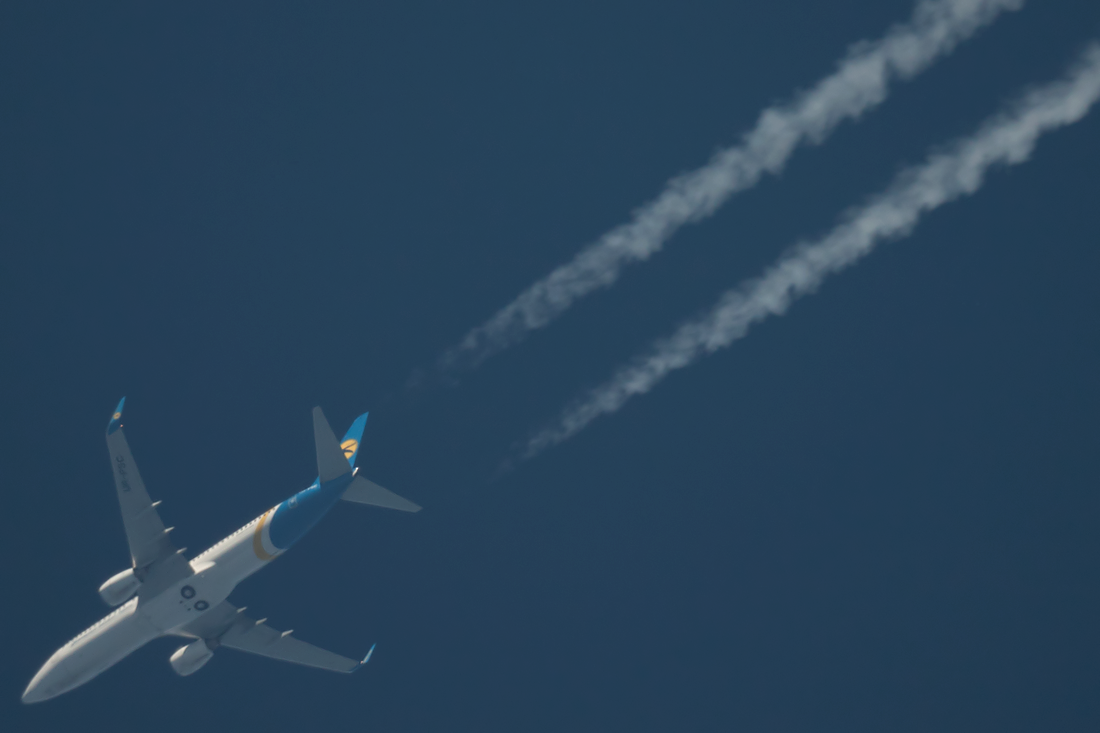 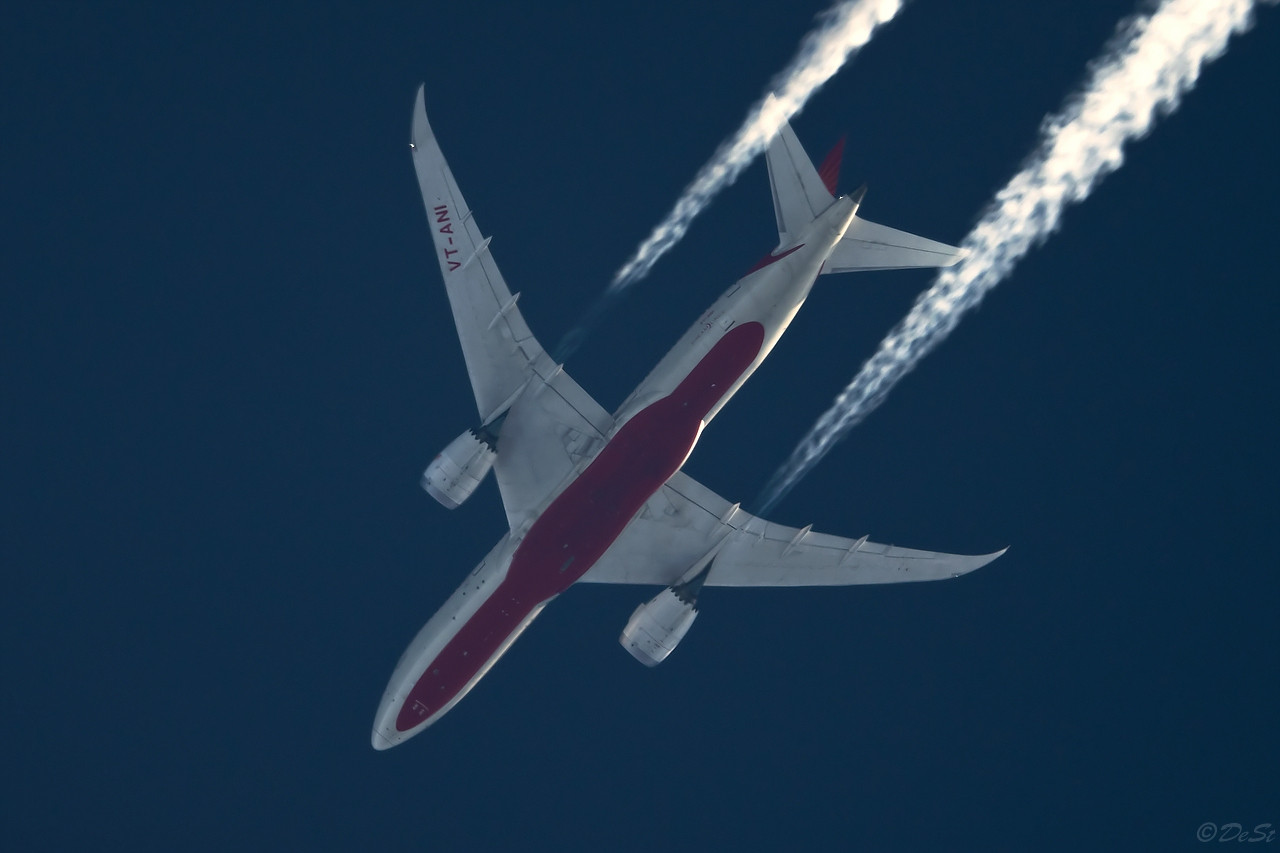 This is more a comment than an answer, but since I have a picture, I write it as answer.

It has alredy been written that contrails may form aside or behind an aircraft, so you may or may not be able to see them from the rearmost seats.

But also note that the blast stream can be much lower than what you would expect. In a two-engine aircraft, you have to look down from the upper edge of the window, and even then, the stream will be on the lower border of your field of view. Of course, the stream of the outer engines of four-engine aircrafts will be more centered in your field of view.

If you are flying over a scenery with high optical contrast, you can recognize the blast as a sharply defined region where the view is very blurry, as in the lower right region on this picture: 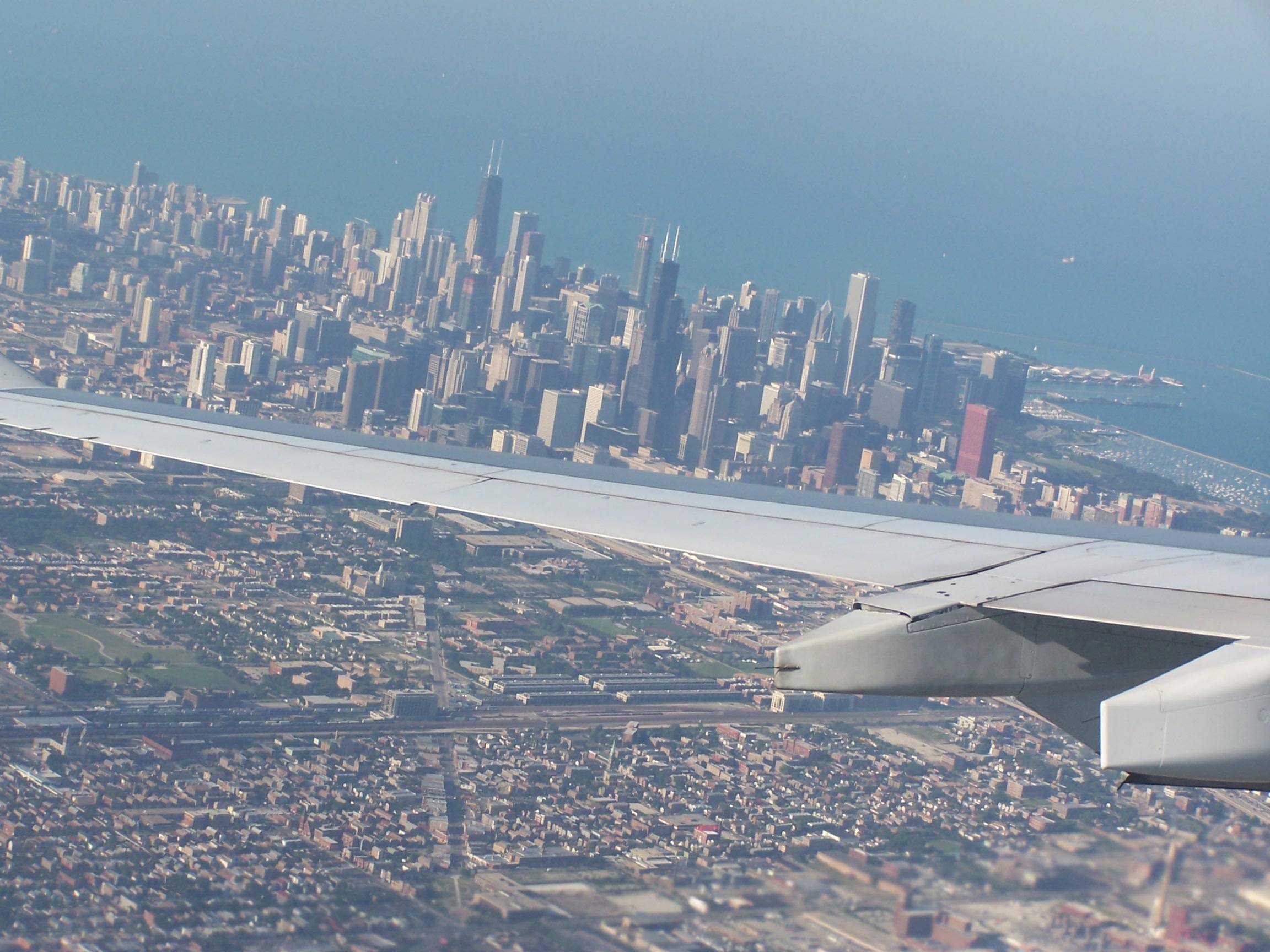 This was taken from the last seat row of a A340 after takeoff at Chicago O'Hare, and you can see the blast of the outer engine. (And yes, the outer stabilizer is in a little weird condition...)

So, look out for these blurry regions, that's where contrails may form.

Coming home from vacation yesterday, I noticed another sign for contrails from your aircraft: The contrail's shadow: 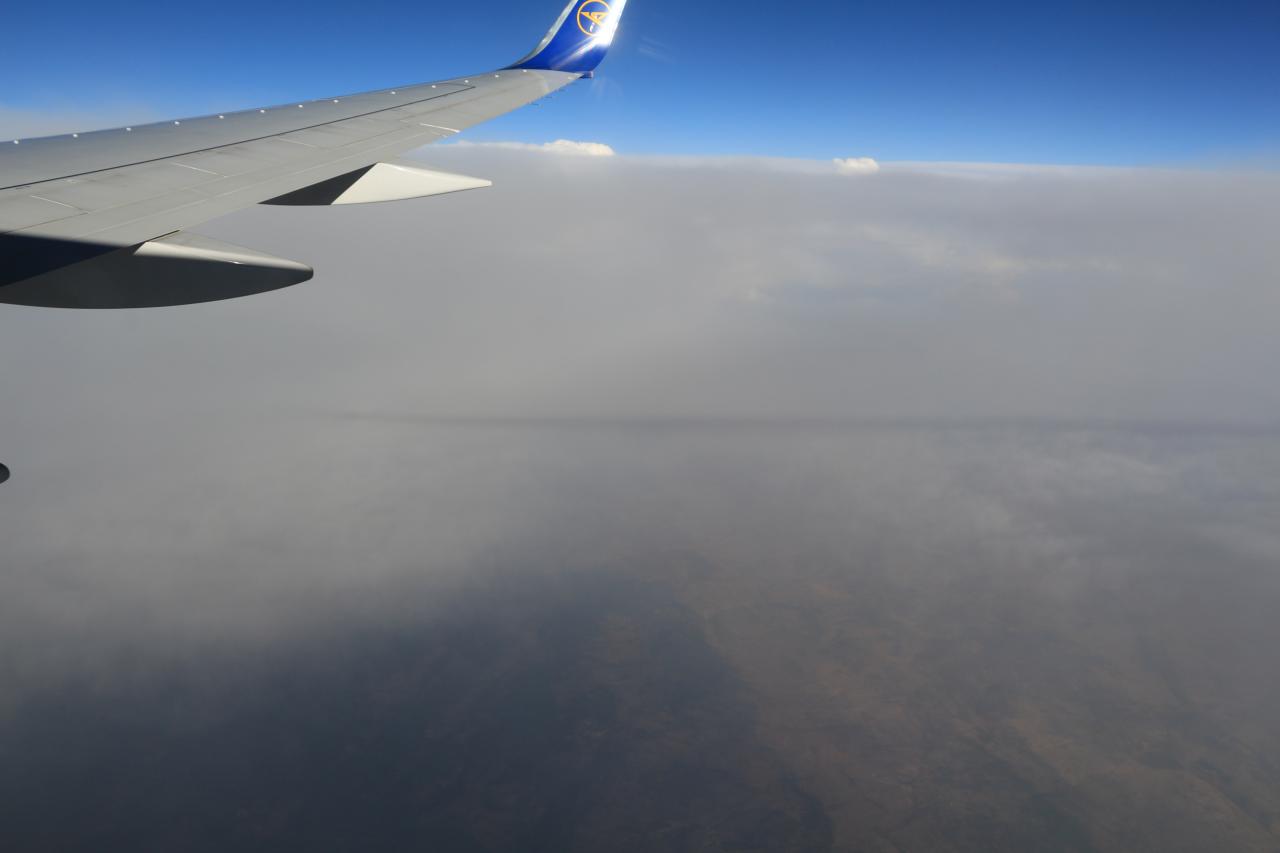 Unfortunately, the clouds became less dense when I made the photo, before I could also see a good shadow of the aircraft itself.

11
Can an APU exhaust make a contrail in flight?
11
How do contrails form?

20
Why are some contrails longer than others?
21
Why are only some aircraft in this formation creating contrails?
9
Where do aerodynamical contrails get their condensation nuclei from, when forming at high altitude?
9
Why don't the contrails show the curvature of the Earth?
31
Is this contrail from an airplane or a rocket?