What are the differences between these types of air cycle machines?

I am MSC student of mechanical engineering and my project is about ACM machine. I have read something about various systems of air conditioning system in aircrafts;

I just know that reduced ambient temperature is for supersonic aircraft.I don't know other systems applications.For example, when is a regenerative system used and when boot strap is used?

Are all of the possible air conditioning systems exists in every aircraft and switch to another depending on flight condition?

Really not sure what you're asking, nor do I know what these terms you've found mean, so let's start with these drawings and see where we end up.

Note the anti-ice screen and the pack anti-ice valve which adds a little heat if the air exiting the turbine is too cold and is causing ice.

The water separator is a cone-shaped cage with a heavy cotton bag over it. This collects condensation in the air and dumps it on to the face of the secondary heat exchanger to cool and improve it's efficiency.

Temperature in the cabin is controlled by the temperature control valve on the left side of the drawing. 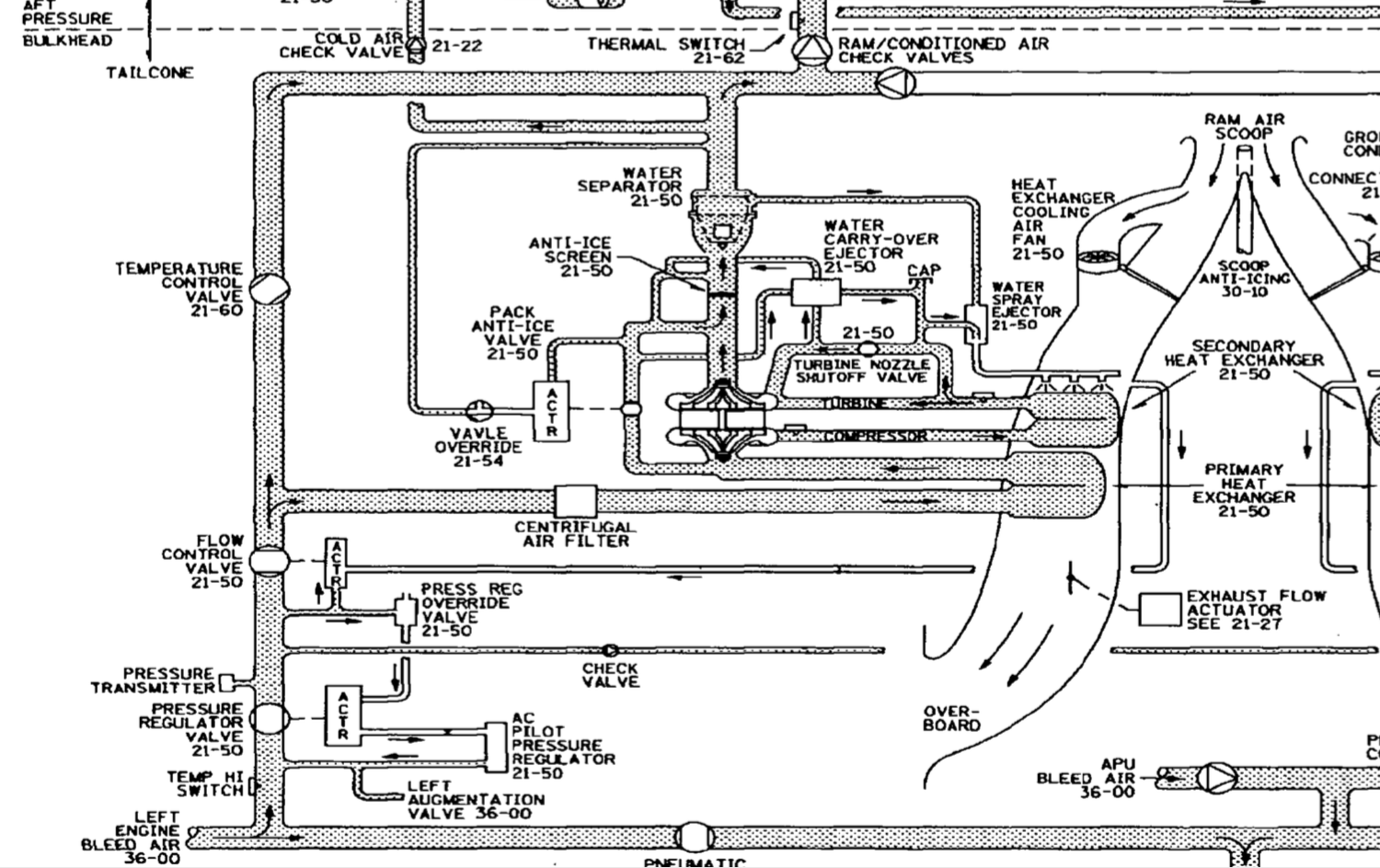 737 This system is very similar to the DC-9 and really the main difference is that the pack anti-ice valve here is operated electrically, while on the DC-9 it is done mechanically with a pneumatically operated valve.

757/767 This is a much different system, many more electrical sensors and control. The pack cooling fan is an integral part of the ACM, where on the other two systems they are separate components. The water separators are much more advanced and don't require regular maintenance like on the other systems. 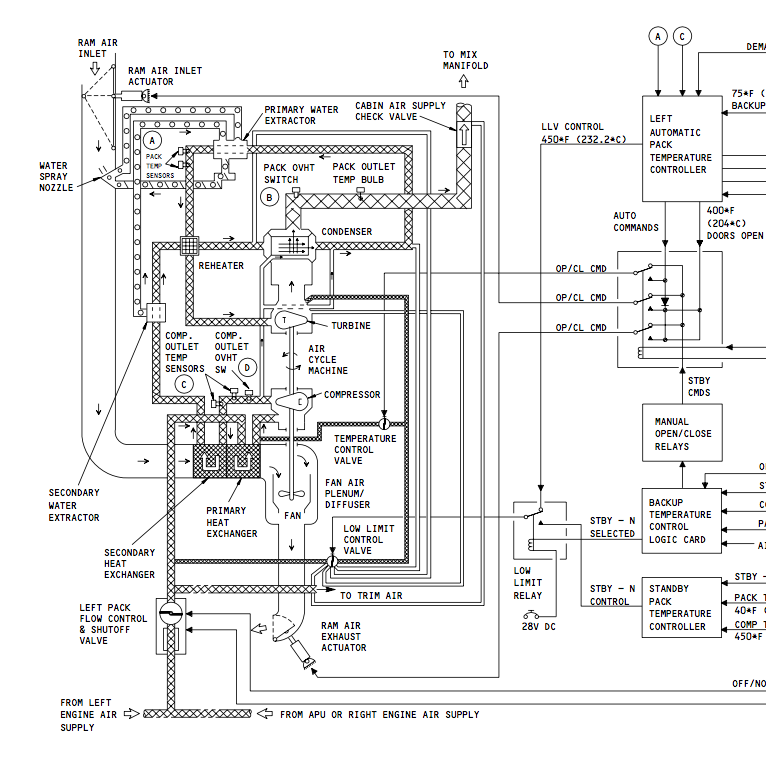 As you can see, these three systems are all basically the same with the only real difference being how they are controlled and some of the ancillary components.

19
Why is air mixed with bypass air on the A/C of an aircraft?
13
Why is there a compressor in an air cycle machine?
10
How hot would pressurized air get if the air conditioning failed?