Were early military planes not pressurized?

I just heard that 1930s-40s planes such as the B-17 were not pressurized. Is this true? If yes, then how did the military men survive at heights of 30k ft?

military aviation-history
Share
Improve this question
asked May 24 '15 at 9:28

There were a few problems:

30,000ft corresponds to around 9,200m, although that altitude is a ceiling defined by Boeing. With full load, they never achieved those altitude and hung around a lot lower. While I can't verify it, these forum posters appears to suggest that 19,000ft-28000ft with bombs was more common.

To do the math, the partial pressure of oxygen at sea level is around 0.21 bar. If you're being fed 100% oxygen through your mask, this is the same pressure as at 11,000m. 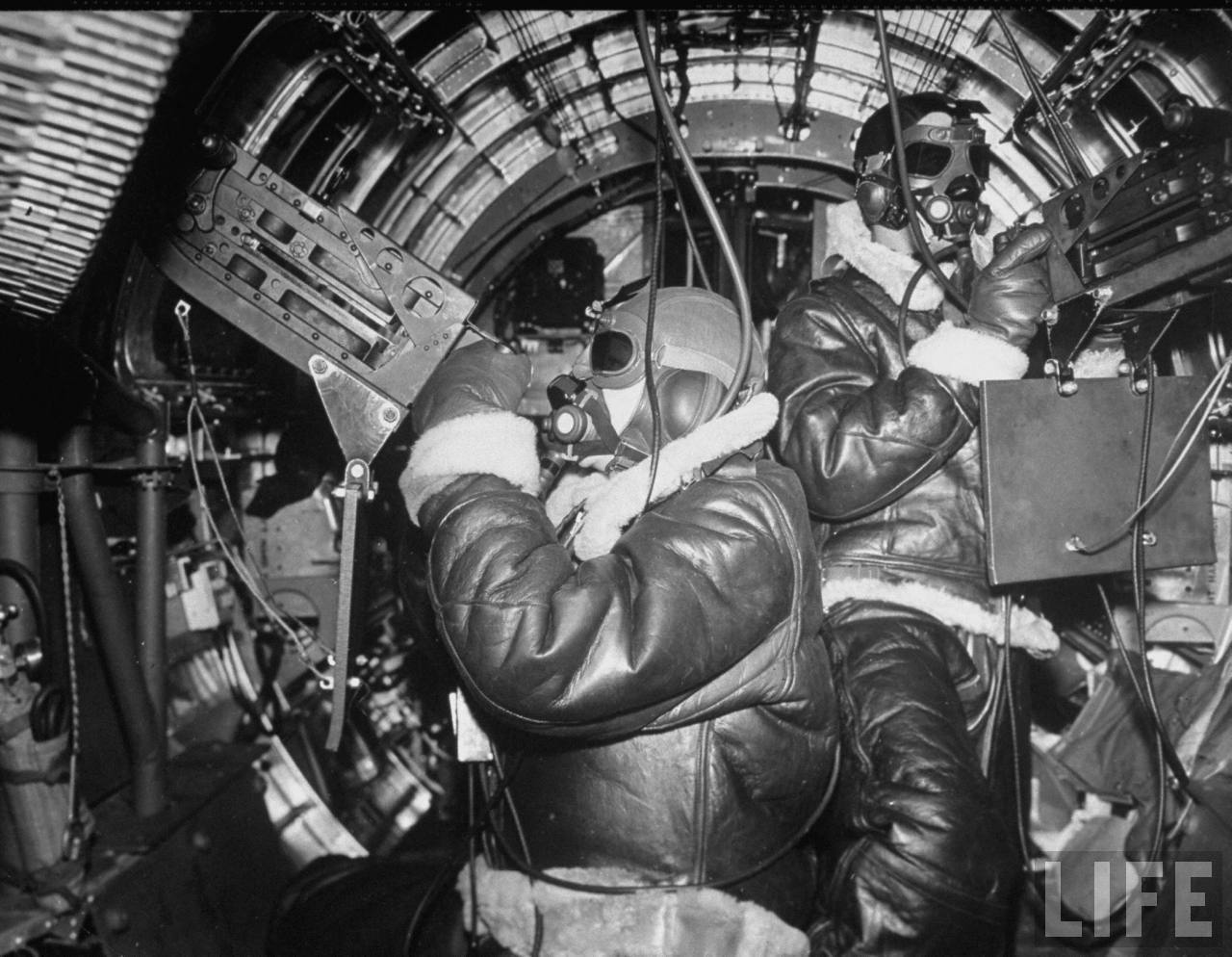 Photo by Margaret Bourke-White, Sept. 1942, from the LIFE Archives.

16
Airbags in aircraft - is that just a military thing?
22
Are fighter jet cabins pressurized?
15
How can civil ATC maintain safety with military aircraft around?
4
How were fighter jets built in the 1950's?
57
Why was the P-51 Mustang not adopted by the U.S. Navy?
1
Why are there age limits to becoming a pilot in the armed forces?
7
Were WW2 American fighters designed to operate from dirt airstrips?
7
What uses for flight did early aviation pioneers envision?
7
How did aircraft flying in formation use flares to communicate with each other?