This excellent question addresses the role of dogfighting in modern aerial warfare. However it seems that most ACM concentrate on maneuvering into shooting position. Why don't combat aircraft have rear-facing weaponry?

Even WW-II bombers had rear-, side-, and downward cannons, albeit manned. Could a small electronically-controlled cannon be added to the stern dorsal part of a combat aircraft, for shooting rearward? I've personally seen remote-operated FN MAGS on vehicles, the whole system seems to weigh on the order of 100-150 KG including hundreds of rounds. The vehicle-mounted systems took up about a cubic meter or so of space, but a purposed-designed system could probably take up less than half that, and probably shave off a good portion of the weight as well.

Could a computer not point a barrel at a vehicle with a relative velocity approaching 0 and shoot, even in a +Mach 1 wind in the direction of the target? It may be enough to just get a few bullets in, shotgun style. The Uzi rifles famously don't shoot straight, they make a cone of bullets. Perhaps this cone, if aimed in the general direction of an aggressive aircraft, might be enough to either disable it or get it off your tail. A short barrel will make a wider cone, perhaps the rear-facing weapon could have an very short barrel. ACMs such as the Cobra maneuver seem to imply that there are a finite number of angles from which attack is most likely, the weapon could be limited in angular range to those angles.

I'm sure that piloting an aircraft while trying to avoid being shot is difficult enough, so I wouldn't assume that such a system would be of much help on a single-seat aircraft. However, in a dogfight presumably the ROI or navigator could operate the guns while the pilot does the aviation.

If your opponent is directly behind you, you have lost the fight. The point of basic fighter maneuvering, or BFM, is to keep your opponent off your tail and hopefully get on his. Everything you would learn as a fighter pilot centers around ensuring you would never have to use a rear-firing weapon.

In addition, visibility directly behind the pilot is typically poor; humans can't turn our heads 180 degrees, and if we could we'd be staring at the headrest behind us. A few fighters have had rear-view mirrors, typically ones with a two-piece canopy including the Eurofighter, F-15C and F-14 among others, but the one-piece bubble canopy on fighters like the F-16 and F-22 give no good place to put a mirror that wouldn't further interfere with the pilot's forward vision. Rear-view cameras would be laughed at by pilots as a waste of an MFD.

A cannon firing backward would also be a pretty single-purpose weapon; in a multirole fighter you might get a chance to use it to add insult to injury when pulling out of a ground run, but in all likelihood you'll either have peeled off to one side as soon as you pickled your bombs, or you'll be toss-bombing and not even overfly the target. The only real reason you'd ever fire it would be to keep someone directly behind you on their toes.

When in a dogfight, you cannot shoot straight ahead without moving into a position which anticipates where your adversary will be when the bullets hit him. This means you need to turn tighter, to get into his circle. When both aircraft have similar specs, this is harder than it sounds.

The Russians once tested an idea which looked obvious at first: Svivel the gun upward, so it shoots into the circle without the aircraft needing to maneuver into the circle itself. They tested this on a MiG-15, but the results were disappointing. As soon as the gun was misaligned with the fuselage by more than a few degrees, the recoil from the gun would cause the MiG to pitch down; the last thing you need in a dogfight.

The lesson is easy: Shooting at an angle from a point far away from the center of gravity will cause control issues and might even be a greater danger to yourself than to your adversary. It might be that a modern FCS can compensate for this, but to my knowledge this has never been tried.

Machine guns were fairly effective weapons in WWII and shortly after. However, this was only because the attacking aircraft were also armed with machine guns. Even then, the fighter aircraft could be effective against not only the armed bombers, but also against the fighter escorts.

Bombers of the time did typically have tail gunners. However, this only resulted in a change of tactics, with fighters attacking from a different angle. Defending against one means of attack just means the attackers may choose a different attack vector.

However, the rocket age changed all this. Modern missiles can be fire-and-forget, automatically tracking a target from many miles away. Guns aren't very effective in this type of combat. In fact, it's debated whether fighter aircraft even need a forward facing gun anymore. The gun on the F-35 may not even be usable until after the first squadrons are operational.

At high speeds, the rear-facing gun would have to overcome the forward velocity of the aircraft, decreasing its effectiveness.

One could imagine something like a CIWS being helpful, but the weight and size would not justify the benefit for being included on a fighter, or even a bomber. Modern aircraft have chosen electronic defenses over mechanical ones. These can be lighter, easier to integrate, and are more effective in a wide variety of situations.

However, combining the two ideas and arming aircraft with lasers is still a possibility for the future.

Dismissing missiles for a moment, let's focus on fixed guns.

If you have an enemy fighter on your six, and in gun range, you need to pitch, roll, circle, and generally maneuver like crazy to throw off his lead aim to avoid getting shot out of the sky.

The very last thing you want to do is to fly in a smooth line lining him up in your (rearward) sights while he blasts you with his (forward) cannons.

That is not even taking into account that aiming the back of an aircraft at a (maneuvering) target behind you is an order of magnitude more difficult than aiming the front of the aircraft at a target in front of you.

So, fixed guns are out. What about remote-controlled, swivel-mounted guns?

This has actually been tried as early as in the Arado Ar 234, albeit in prototypes only. You still face the issue of wasting weight and space on a weapon that can only fire at the enemy if he's right where you do not want him in the first place. Speed, stealth, diversion, all these increase your chances of survival much more than pitting your rear-facing weapons against a fighter's forward-facing weapons.

So, bury the guns. At which point I'll say that I don't know enough about modern missile technology to say if modern air-air missles can or cannot actually engage targets to the rear, and bow out of the question.

Bear in mind this is all speculation:

Firing to the rear could be a bit optimistic; the pursuer won't be straight behind, he may be anywhere in a wide cone behind. (How wide that cone might be, we'd need to ask someone with experience in this area!)

A remotely swivelled cannon would probably be too slow to point anywhere within that cone, as the pursuer will naturally fire as soon as he has a position. Some heavy bombers have cannon (remote or manned) to the rear, but these are unlikely to be used in fast dogfights.

Also note most recent dogfights seem to have involved missiles, see gulf war engagements list. The preferred use for cannon on fighters might be in the ability to use a non-lethal show of force against heavy bombers or spyplanes, in a cold war situation. I recently found this mentioned while reading up about the old Lightning (search that link for "warning shots").

Rear launching missile might be possible, but I think if you have the option of adding another missile, I imagine most pilots would prefer to have it forward facing so they can use it to aggressively attack and destroy an opponent. Dogfight tactics traditionally favour aggressive offensive tactics as opposed to defensive ones, and therefore forward pointing weapons makes more sense. If your enemy is behind you, you've already screwed up.

However the French actually managed to destroy a target behind the launching aircraft with a MICA missile (unsure if it was the radar guided or IR guided variant) https://en.wikipedia.org/wiki/MICA_(missile)#cite_note-4

Unfortunately the original source is a dead link.

Some tactical fighter aircraft can be armed with rearward firing weapons. The Russian SPPU-6 gun pod containing the six barrel GSh 6-23 cannon can be mounted on a pylon facing either forwards or backward and is used for defence suppression. This pod allows movement of the cannon through 45 degrees in elevation and 45 degrees to either side. There is also an SPPU-22 pod which mounts the two barrel GSh 23 cannon, trainable in elevation only and which can also be fitted facing forwards or backwards. These pods can be carried by most current Russian tactical aircraft.

If by combat aircraft you mean fighter jets; then the answer is simply:

If the opponent is behind you, you have lost the battle.

The entire point of aircraft with extremely mobility and flight dynamics is to keep the other guy in front - where all the guns are pointing.

I am not too familiar with fighter aircraft radar and targeting systems, but in most modern fire and forget systems, once the target is acquired, the projectile can travel in any which direction towards it destination. This greatly reduces the need for "rear facing" weapons since the weapon is independent of the aircraft.

There are combat aircraft (non-fighter jets) that have weapons (usually, a gun) on the front, top, sides and yes - even rear. 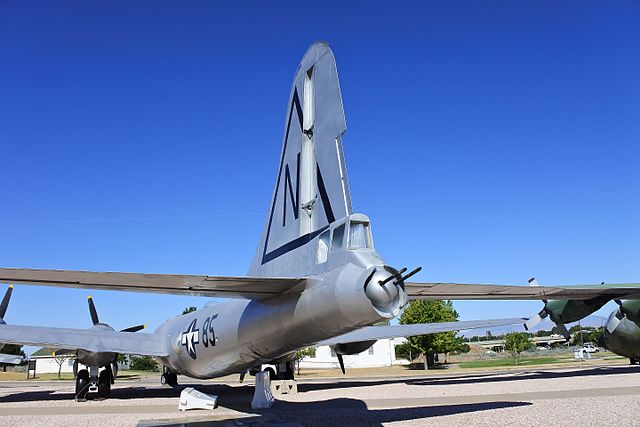 Not the answer you're looking for? Browse other questions tagged military dogfighting or ask your own question.

97
Why do fighter jets still have guns/cannons?
53
Why do fighter aircraft manufacturers still focus on making their planes more dogfight-worthy?
25
Why don't combat aircraft have rear-facing *laser* weapons?

6
Have any aircraft ever been attacked by chemical, biological, radiological or nuclear weapons? Information security compromises?
13
Why don't bombers have close-in weapon systems (CIWS)?
41
Why don't modern heavy bombers have gun turrets?
4
Why don't the newest versions of Mi-35Ms have retractable gear?
21
Which aircraft have fought against its own type in active combat?
2
How fast do the F-35 weapons bay doors open/close during combat ops?
25
Why don't combat aircraft have rear-facing *laser* weapons?
5
How are missiles attached/detached from a combat jet aircraft?