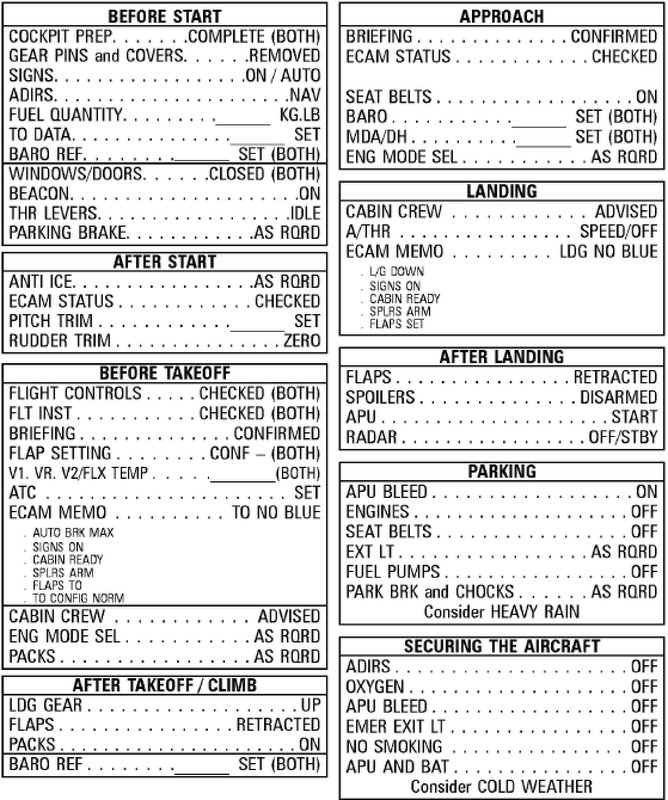 Not the answer you're looking for? Browse other questions tagged pilots checklist or ask your own question.

26
What is the difference between a flow and a checklist?
8
How much do you have to respect checklist order?
13
Does the FAA have a best practice for highlighting memory items on a checklist?

13
Does the FAA have a best practice for highlighting memory items on a checklist?
5
Is there a checklist for lightning strike?
10
Is there any form of checklist that a pilot needs to go through before they use their ejection seat?