What is the simplest way to explain a sonic boom that is still technically correct?

I'm looking for an explanation that preserves technical accuracy while remaining brief. Bonus points for including the double boom.

Try to avoid discussing laminar flow and such.

I will try to explain the principle, briefly and practically as you requested.

Imagine that we have an airplane flying in position 1. It is flying at supersonic speed. 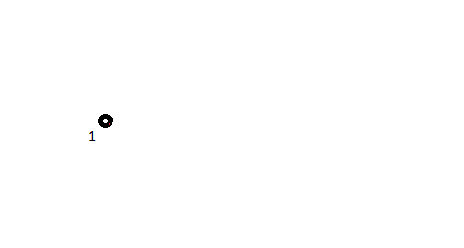 Good, now this airplane moves forward. But it is not the only one moving forward, the perturbation that the airplane produces over the air moves as well, but at a different speed, the speed of sound. In the next figure you will see that the perturbation (or pressure wave) moves less distance than the airplane, which moves from 1 to 2. 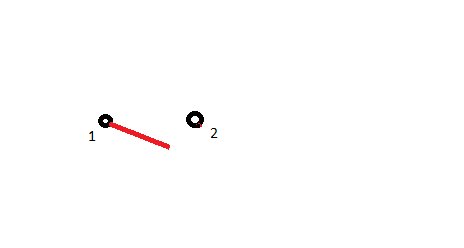 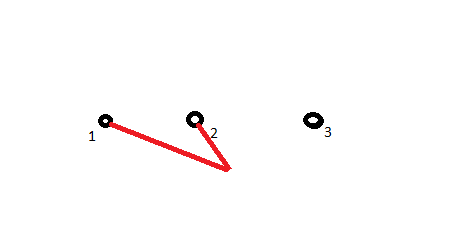 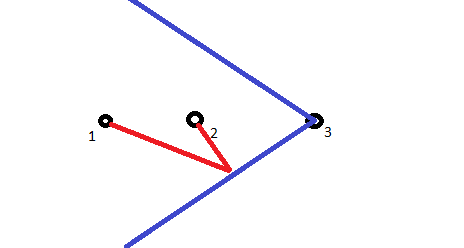 OK, if you do the same with a better painting tool than me… you draw the same but also evolving with time like this:

Which is the image in Wikipedia. What is the effect that you experience? 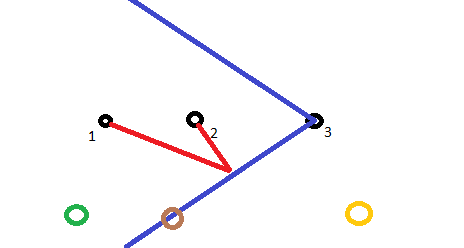 So the orange observer that is located in advance/before the blue lines does not feel any perturbation due to the airplane, nor hear it, as the pressure wave have not reach him yet.

However, the green observer has already felt the airplane passing by and sees how the air is altered by the airplane (imagine that you are close enough).

Finally the brown observer is just in the middle, coming from a region which has not yet experienced the perturbations made by the airplane and finds suddenly a concentration of perturbations (pressure waves) as described above. That is a sudden change in air flow properties and is experienced as a sonic boom.

To give a real end to this, notice that the further you are from the airplane the less strength the pressure waves have when they arrive at the blue line, making the sonic boom less and less intense.

Is this what you're looking for?

When an object passes through the air, it creates a series of pressure waves in front of it and behind it, similar to the bow and stern waves created by a boat. These waves travel at the speed of sound, and as the speed of the object increases, the waves are forced together, or compressed, because they cannot "get out of the way" of each other, eventually merging into a single shock wave at the speed of sound. In smooth flight, the shock wave starts at the nose of the aircraft and ends at the tail.

There is a rise in pressure at the nose, decreasing steadily to a negative pressure at the tail, followed by a sudden return to normal pressure after the object passes. This "overpressure profile" is known as an N-wave because of its shape. The "boom" is experienced when there is a sudden change in pressure, so the N-wave causes two booms, one when the initial pressure rise from the nose hits, and another when the tail passes and the pressure suddenly returns to normal. This leads to a distinctive "double boom" from supersonic aircraft.

5
How come sonic booms only occur once at the speed of sound and not multiple times?
1
When will I hear the sonic boom from a plane flying towards me?

8
Can a sonic boom arrive before the source?
2
What is the maximum speed for regulation of sonic boom noise?
3
What is this transport aircraft, and why does it sometimes cary an air data boom when the Soviet Buran Space Shuttle is on top of it?
7
Could Mach 1.4 be a better design point for SST?
8
How did this F/A-18's execute a "low-boom maneuver"?
0
Could an arrow planform be better for a supersonic aircraft than a delta? Why?