How to supply a flying club with MOGAS?

I've noticed that there are very few airports that serve MOGAS. If I wanted to start a flying club with a MOGAS powered airplane, but there wasn't an FBO nearby that served MOGAS how would I go about it? 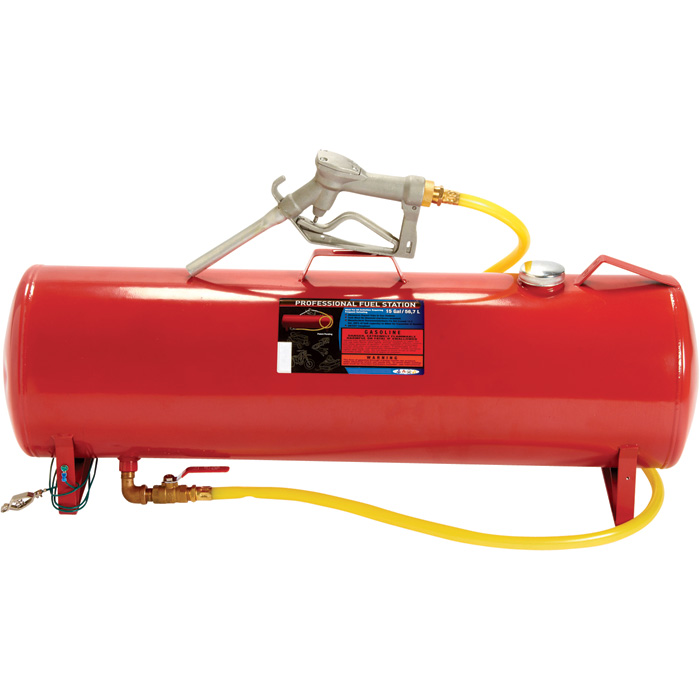 fuel refueling fbo
Share
Improve this question
edited May 18 '15 at 6:15

The FC I used to belong to had it's own fuel trailer (custom-built with dual double-walled, insulated cryogenic 100-gallon tanks, a manually-operated fuel pump, a totalizer, a delivery hose and nozzle, and appropriate grounding cables. Excluding the cost of the basic flat-bed trailer itself (one of the FC members loaned it to the club) we had less than $1500 invested in the outfit - including inspection and trailer licensing fees.

Considering we would be carrying 200 gallons of MOGAS on public highways we had to be VERY careful as to WHEN we were ON the highways (basically very late at night, and we drove on lightly-used roads/streets) - and we had to have insurance commensurate with the commodity we were carrying. We used this trailer for several years - without any incident(s) - but, in the end, we all felt un-easy about doing so and eventually we abandoned the idea and reverted to using hand-carried gas cans.

The FC disbanded years ago and I don't know what ever happened to the fuel rig - I believe it went back to the FC member who built it in the first place (his materials costs and his labor bought him a club membership, whereas the rest of us had to ante up actual cash to help buy the airplane the FC bought.)

Not the answer you're looking for? Browse other questions tagged fuel refueling fbo or ask your own question.

6
How does an FBO refer to the parking spots on the ramp?
5
How can I correctly calculate fuel for a Cessna 152?
8
How should Isopropyl Alcohol be used as an AvGas Fuel System Icing Inhibitor?
8
Can IPA be used as a FSII with MoGas, particularly with a Peterson STC?
9
How do you know which fuel an aircraft uses?
2
How do class E/G airfields charge for stops without refuel?
9
How is the fuel quality monitored/assured for jetliners?
7
How do handling characteristics depend on flying with a full vs. an empty tank?