What are the protrusions on the sides of the fuselage of the F-16I?

I've noticed that the F-16I has these protrusions on the sides of its fuselage. What purpose do they serve? 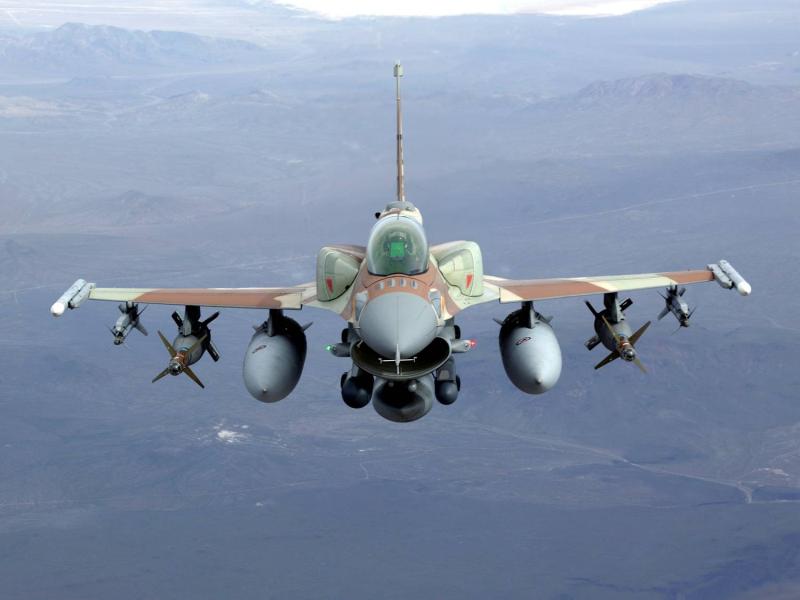 They are Conformal Fuel Tanks.

Conformal Fuel Tanks (CFT) - These tanks are manufactured by the "Israel Aircraft Industries" and increase the aircraft's amount of internal fuel by 50%. Their purpose is to significantly prolong the aircraft's flight range and ability to remain in the air. The tanks are installed the plane's back and conform to it's figure.

Israel does not have any heavy bombers, so they need the fighters to be capable of striking deep in enemy territory and since they can't be accompanied by tankers there, they need additional fuel.

As jwenting mentioned in comment, unlike most conformal tanks that are removable on the ground, these are fitted permanently.

Not the answer you're looking for? Browse other questions tagged feature-identification fuselage f-16 or ask your own question.

5
What are the structures on the sides of and aft of the canopy on Israeli F-16s?
26
Why do the missiles on an F-16 point slightly down?