How to calculate the Lift Coefficient for the A320?

I'm trying to figure out the lift coefficient of an A320.

What I'm doing is the following: during cruise, the lift is equal to the weight of the aircraft ($mg$) so that I used the cruise table taken from the FCOM to get the speed, the wing area is known ($122.6 m^2$) and I calculated using a tool online the air density at FL290 (29,000 ft). 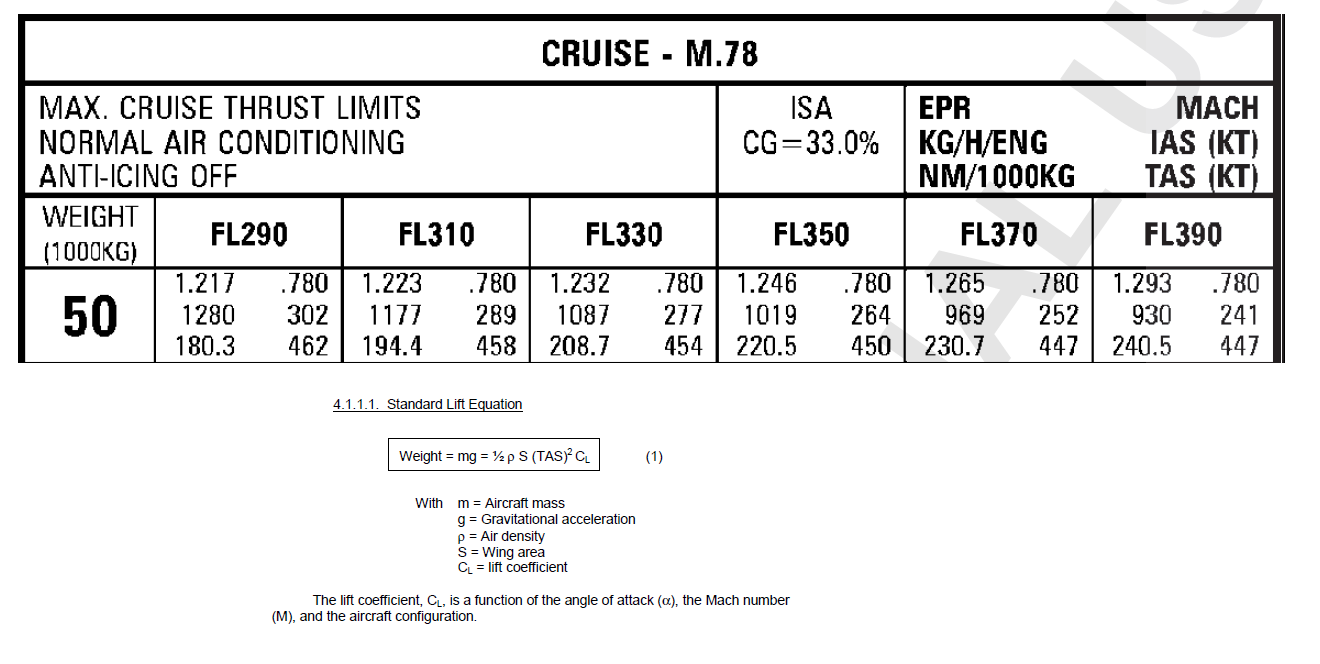 The result is that the lift coefficient is $0.03029$. Is it right for the assumptions given above?

Next, if I want to relate the $C_L$ with the Angle of Attack, what is the formula and the procedure?

I found a different number for $C_L$, please check your calculation:

Note that this lift coefficient is for the total aircraft. It includes the lift of the wing, the fuselage lift and also the negative lift of the vertical stabilizer. There is also a small vertical component of thrust that is neglected.

$\alpha_0$ is the zero-lift angle of attack, the angle of attack at which the wing does not generate any lift. For symmetric airfoils, $\alpha_0 = 0$, for chambered airfoils $\alpha_0 < 0$.

I don't know what that angle is for the A320, it will be difficult to obtain. Let's assume for now it is -1.2 degrees.

For infinite long wings in incompressible flow the lift slope $\frac{\textrm{d}C_L}{\textrm{d}\alpha}$ is $2\pi$.

This would result in an angle of attack of $\alpha \approx 1.52^\circ$

The induced angle of attack $\alpha_i$ is given by:

Adding this to our earlier angle of attack results in:

This may not be very accurate as

a) the zero-lift angle of attack may be very different,

b) the lift slope may be flatter due to compressibility effects

Not the answer you're looking for? Browse other questions tagged airbus-a320 lift performance-calculation angle-of-attack or ask your own question.

2
What is the difference between types of propeller?
0
What are the opimum values of Cl during descent?

4
How to calculate the Glide Ratio from Drag & Lift?
2
What is the relation between the Lift Coefficient and the Angle of Attack?
9
Does lift coefficient vary with the wind velocity for a given angle of attack?
2
How to calculate aileron deflection for achieving similar roll dynamics at thin and dense air?
3
For a flying wing airfoil, which AOA is to consider when selecting Cl?
4
How does the aspect ratio of a wing impact its lift?
2
What are typical airspeeds and lift coefficients for UAVs at different flight stages?
0
How to calculate the induced drag coefficient?
3
Trying to find the vertical acceleration by subtracting weight from lift