Can you identify this jet turbine stage?

I was just wondering if anyone could give me any info about this turbine rotating stage I picked up at a yard sale today. 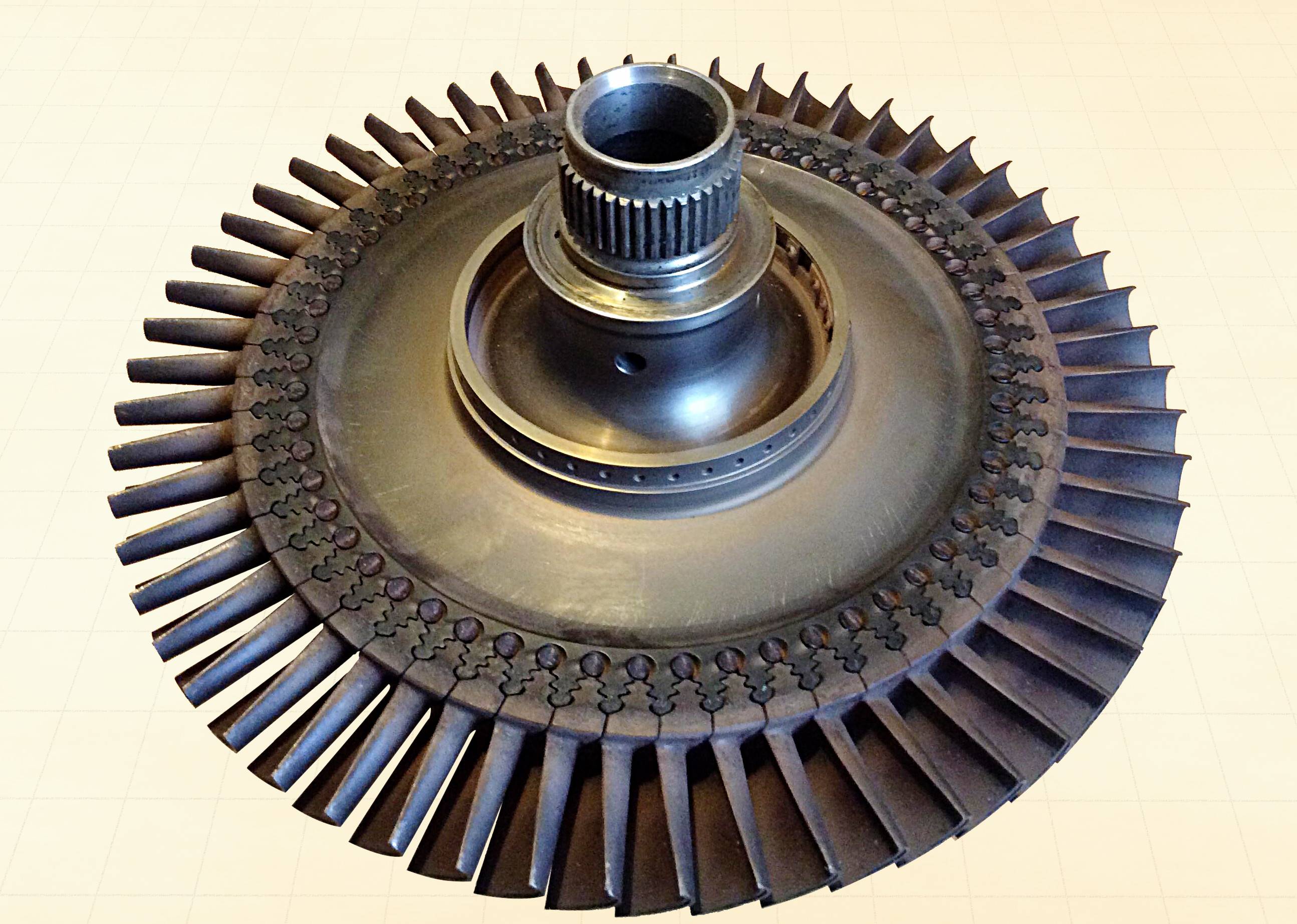 What is this turbine part?

This assembly is part of the turbine used to rotate the compressor section of a Pratt & Whitney PT6, a free turbine turboprop. It's known as compressor turbine or just CT.

Where is it located?

The compressor turbine is located at the exit nozzle of the annular combustion chamber, and is the first component which enters in rotation under the effect of the hot gas velocity. 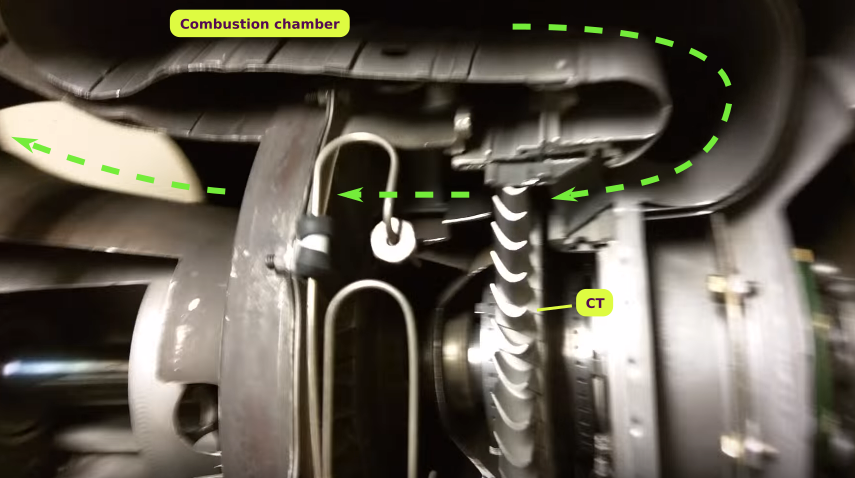 As visible, there is a second turbine (made of one or more stages, depending on the PT6 model) further downstream. They appear to be on the same shaft, but they aren't. There are two independent shafts rotating at their own angular speed.

The blades, the hottest parts after the combustion chamber, are made of a nickel alloys. Nickel itself melts at 1,455 °C, and alloys are made more resistant either by solidified directional casting or single crystal growth (see more on materials). In larger engines turbine blades are often maintained below their melting point by circulating air in small internal channels. This is not the case for the PT6, gas temperature is still below the melting point (about 900°C).

Blades are protected by an anti-corrosion coating to delay as much as possible the inclusion of ion-sulfur into a material, a reaction known as sulphidation. Nickel sulphidation forms $\small Ni_3 S_2$ which melts at 635 °C. Sulphidation occurs all the time, but more quickly when flying close to sea water or industrial areas rich in sodium salts which can form sodium sulfate (more here). Frequent water washes of the turbine maybe necessary to eliminate salts.

Looking online for PT6 sulphidation, we can see a large number of investigation reports dealing with engine failures due to maintenance not done according to procedures.

About the P&W PT6 engine

The PT6 is a well known engine, available in various versions, which has been used for 50 years on aircraft and helicopters (but also on IndyCars, hovercraft, "turbotrain", snowplows....). 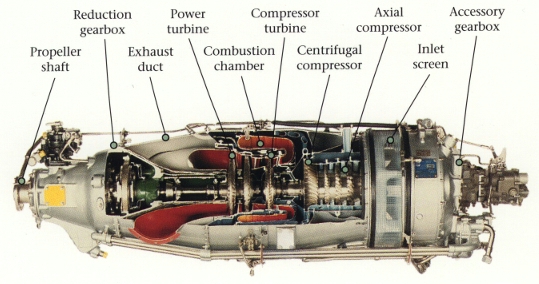 The particularity is the free turbine design. On large turbo-engines, the compressor (the low pressure compressor on engines with two or three spools) is on the same shaft than the engine output (which drives the fan, the rotor, the speed reduction gear,etc).

On a free turbine there are two rotating groups that are not linked by a shaft.

31
What material is used to make the hot sections of jet engines?
17
Is it possible to drive a prop directly from a jet engine without a gearbox?
10
Where does turbine vane and blade cooling air come from?
9
What is the visual difference between turbine fans and compressor fans?
6
What does a helicopter "gas prod" gauge measure?

17
Why are turbine blades not made out of titanium, only compressor blades?
7
How does the Pratt & Whitney F119 achieve its features?
13
What engine are these fan blades from?
4
Are turbine and compressor blades and vanes cast or forged?
8
Identify this older military-style prop plane?
4
Are turbine blisks common in jet engines?
3
Are there Hybrid Electric-Combustion Turbine Engines where only the compressor is electric driven?