What are the meanings of these terms related to instrument flight?

Any one to suggest a thorough instrument book as well.

Homing is a technique used with ADF/NDB navigation, where you point the ADF needle at 0° relative bearing, which means that your nose is directly pointed at the navigational aid you are trying to reach. The same technique can crudely be used with VORs and GPS, where homing onto a VOR would be changing the inbound radial every few minutes to establish a new heading to the VOR or using GPS GOTO every few minutes.

This is considered a poor navigational technique, as it purposely neglects wind correction and this the aircraft can get blown off track significantly. You also increase the leg time with this, as you take longer to reach the navaid than with wind correction applied.

0° relative bearing refers to your longitudinal axis being in line with a navaid, mostly NDB. If something was straigh at your 3 o'clock, it would have a relative bearing of 90°, irrespective of your current magnetic heading.

Tracking is technically the same as Homing, however wind correction is applied. Simplified, you account for wind direction and speed and correct your magnetic heading by the wind correction factor, giving you a new corrected heading, which allows you to track to the navaid you are trying to reach. 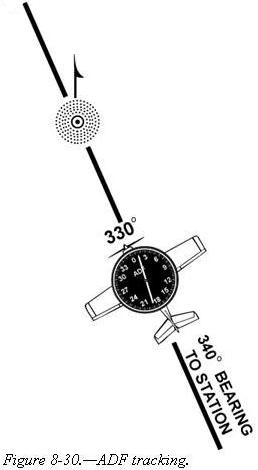 A hold or hold pattern is a racetrack defined by inbound course to a fix, a turn direction and turn time, usually given in minutes. A standard hold will usually be right turns with a timing of 4min for the racetrack, which is 1min for each 180° turn and 1min for each straight legs. Depending on from where you are trying to enter a hold, there will be different hold entry techniques. 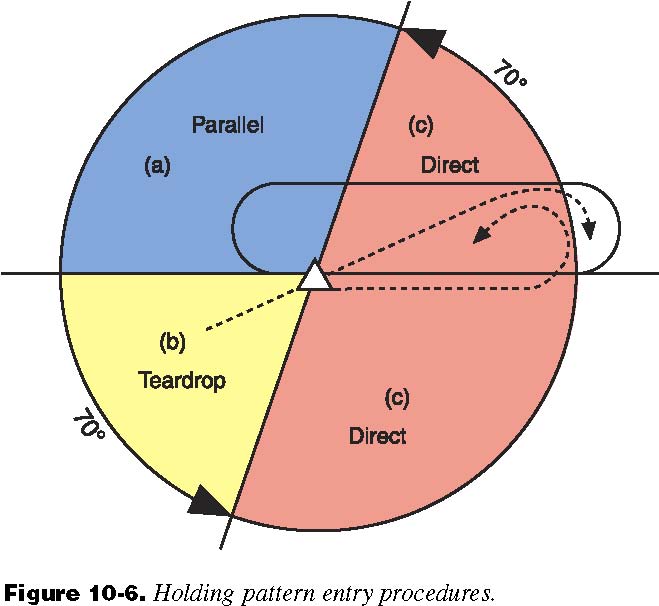 10
Book recommendations for learning how to fly?

5
Is this "bearing" sentence utterly incorrect?
8
Are there any widely applicable models for plausible aircraft auto-routing?
1
What is a "round-robin flight", in layman's terms?
1
Degree of motion terminology for special aviation movements
2
What are these shaded areas?
2
Does a hold-entry count as a hold for instrument currency?
10
How many holds to be IR current?
3
Are the terms "FMGS" and "MCDU" just Airbus-terms, or are there technical reasons behind the terminology?