Can someone explain to me why these planes just don't turn about their center of gravity?

Look at this one: 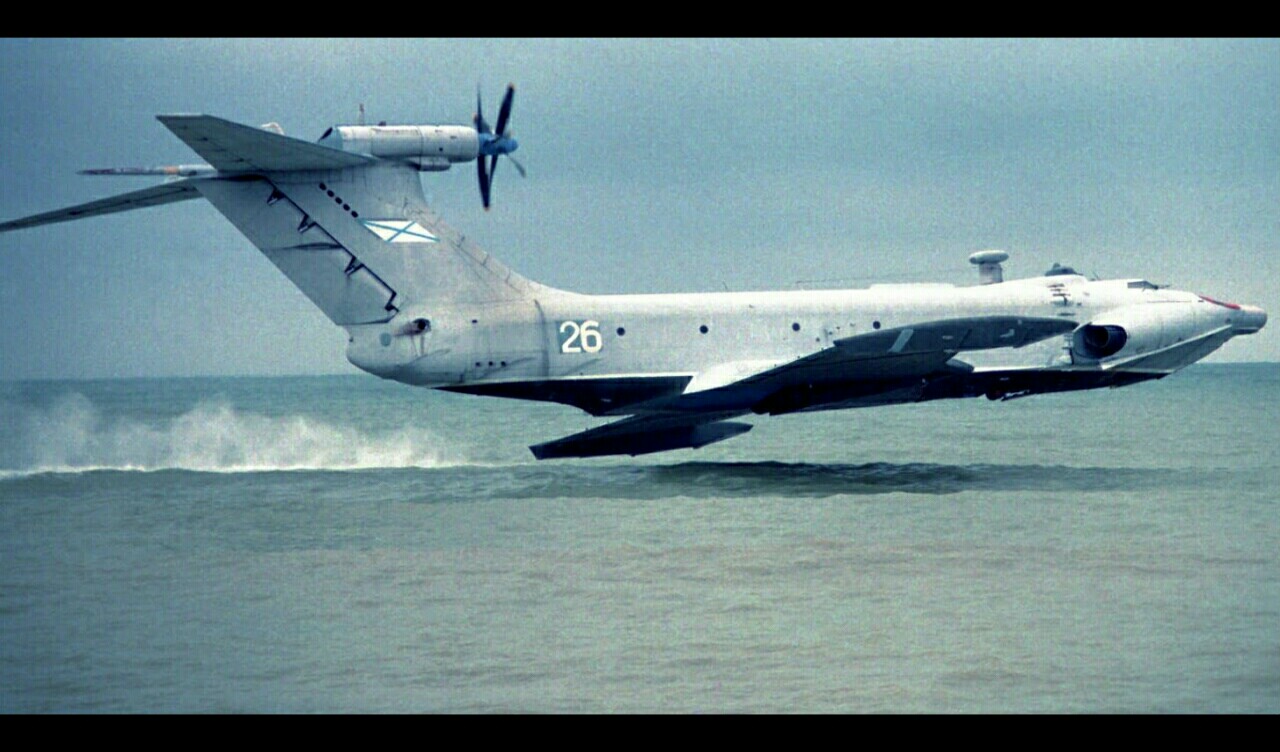 The thrust force from the engine should generate some clockwise moment, right?

If we take your photo as a reference (and thus we intend "clockwise in the picture plane"), yes, it is. It is called pitch moment, because it would change the pitch of the aircraft (in your case, a A-90_Orlyonok), and in the case shown in your picture is negative, because it would make the aircraft pitch down.

Why wont it turn and just crash then? I guess the wings generate some sort of anti clock wise moment?

Because the wings and the horizontal stabilizer produce a total net pitch moment that counteracts the one generated by the engine.

The "normal" configuration for airliners would have an opposite pitch moment due to the engines, since in that case the engines are usually below the wings (and, being usually low wings, below the center of gravity). It is well illustrated in this image taken from the FAA:

If you look closely there are two propellers on the tail, and they are contra-rotating, so one spins clockwise and the other counterclockwise so there is no roll moment produced.

No matter the exact design and careful balancing that goes into an aircraft, there is no general guarantee that all the moments cancel out. The direction and magnitude of pitch/roll/yaw moments vary with speed and altitude. Aircraft typically require active control surface inputs to stay level; these inputs can be re-centered or "trimmed" using trim tabs (which are usually located on the trailing edges of the control surfaces) so the pilot doesn't have to actively run the inputs.

Not the answer you're looking for? Browse other questions tagged engine aircraft-physics or ask your own question.

2
Is there really anything to be gained by placing the propeller at the top of the vertical stabiliser?

1
WHY does a jet engine work?
1
Can anyone explain why and how flames shot out of an F/A-18 as it crashed?
7
Why is Reverse thrust more effective at higher airspeeds?
85
Why do we need to starve the engine before turning it off?
1
Is it possible to make an analogy between a lever and an airplane wing in terms of force applied over distance?
1
Why would the propeller of a lightsport plane or ultralight w/ Rotax engine be connected to the engine through a clutch, and not turn at low rpm?
0
What´s the logic behind the Power Curve?
0
How does the aircraft keeps propelling forward when airflow and thrust are not aligned?
0
Why does a force on a propeller act 90° “ahead” due to gyroscopic precession?