What is "detonation" in a piston engine? 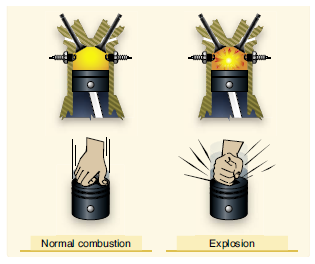