How does the mounting location of a jet engine affect aircraft performance? 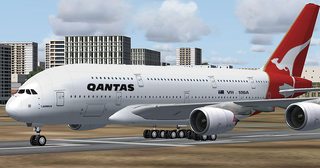 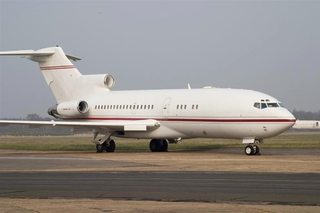 How does the engine location affect aircraft performance? Is one better than the other?

1. Mounted in the wing root

2. Mounted in pods under the wing

3. Mounted inside the tail or on pods on the rear fuselage

That's about what I can come up from memory, maybe someone can merge all answers into a comunity wiki kinda post..

Mounting jet engines above the wings (see: Antonov An 72, Boeing YC-14) takes advantage of the Coandă effect to increase lift and improve short-field takeoff and landing performance. The high-velocity engine exhaust (I'm hand-waving a bit here) adheres to the surface and allows the wing to produce lift somewhat longer than it could otherwise.

This layout also vastly reduces the amount of debris and spray that can reach the intakes and damage the engines. 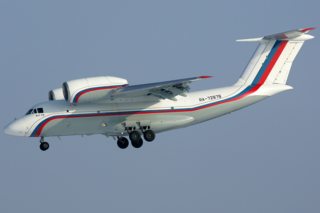 Generally there are 3 engine placements: In the tail, on the fuselage in the back, or under the wings. I'll go over the pros and cons of each.

Not many pros, except that it lets one turn a four-holer into a three-holer which is usually more efficient.

Generally if you lose the engine in the tail, you risk losing rudder control and you also need a thoroughly reinforced tail, plus you have fuel lines running near the cabin, and you have a significant amount of weight not near the center of gravity.

On the fuselage in the back

Helps to prevent debris from entering the engine, allows for more room for flaps on the wing, and lighter, more aerodynamic wings since they are not holding up engines, generally allowing for slower approach speeds, also the thrust is closer to the center of the aircraft.

Fuel lines near the back of the aircraft,tail has to be a T-tail, as well as reinforced. and center of gravity issues.

Well centered with the center of gravity, allows for more weight shifting in the cabin, and with the bags. The fuel is also kept away from the cabin, and the noise is better spread out through the cabin. In the event that something goes wrong, debris is also less likely to enter the cabin.

Much easier to get debris swept into the engine, wings have to be reinforced, lose some area for flaps and slats, raising approach speed.

Tail: Generally not the best, as it has center of gravity issues and drag problems.

Fuselage: Good for poor quality runways or low approach speeds but can add weight in reinforcing the tail.

Under the wing: Good for getting more load as less center of gravity issues, but raises approach speeds.

For tail side-mounted: I think there are issues with airflow to engines at certain angles, reducing stall-recovery options.

Not the answer you're looking for? Browse other questions tagged aircraft-design jet-engine aircraft-performance engine-placement or ask your own question.

2
What are the advantages/disadvantages of placing an engine in the tail?
3
What is advantages of a wing mounted engine in comparison to tail and fuselage mounted engine?
1
What factors lead to mounting engines towards the rear of aircraft
2
If engines are closer to the wing (or in the wing) does it increase efficiency
59
Why not mount airliner jet engines above the wings?
29
Why do most airliners have underwing engines, while business jets have rear-mounted engines?
18
What's that component between the engine and wing?
17
Why are modern regional jet designs shifting towards under wing engines?
11
Why did the CL-400 Suntan have engines on the ends of its wings?
6
Why hasn't there ever been a large 4-engine commercial airplane with 2 engines on the wings and 2 engines at the tail?
See more linked questions

59
Why not mount airliner jet engines above the wings?
17
How do landing gear retracting into the wing affect performance when deployed?
10
How does a long inlet affect a jet engine's performance?
0
Does the speed of the air molecules matter in aircraft performance?
1
How much does the swirl of engine exhaust affect aircraft performance?
6
What are the advantages/disadvantages of in-fuselage engines (eg most fighter jets) vs wing/fuselage mounted engines?
3
How does Mach number of Jet engine vary with respect to Compression Ratio?
29
Why do most airliners have underwing engines, while business jets have rear-mounted engines?
3
How does the location of a propeller affect an aircraft's stability?