Why can't planes use only flaps in the tail section instead of stabilizers?

I imagine plane having only four flaps in the back (one on top, bottom, left and right), similar to ailerons but longer and narrower. They can open from the fuselage to correct the plane's yaw or angle. I predict that this would increase efficiency of the plane since there's no drag from the horizontal and vertical stabilizers.

Can this design work?

Your question is partly covered here regarding why the vertical stabilizer is important. The empennage (tail surfaces) of conventional planes provides both passive and active stability. Like the feathers on an arrow (which is where the word empennage comes from), they help the airplane to remain pointed in the direction of flight as well as providing active control surfaces. The cost of providing stability is added weight and drag, but if the surfaces are removed, the stability aspect will need to be provided manually, or alternately. This is how unconventional aircraft like the B-2 flying wing, or even modern fighter aircraft, are able to fly.

So, yes, we can fly airplanes without conventional tail surfaces. Some designers like Burt Rutan have created unconventional designs for general aviation. However, design changes will also have drawbacks. At the very least these designs behave differently than conventional planes, which requires special attention. The strange appearance is also reason for some pilots to distrust them.

If the plane is going to be unstable without computer control, that introduces safety problems. In military aircraft the pilots can eject when issues arise. But unlike modern commercial planes, the pilots cannot simply take over control if the computers fail.

There is also an aerodynamic issue with what you propose. Conventional control surfaces deflect the entire surface, so air continues to flow past both sides. However, if you only deflect one side of the surface, air is only flowing past the outer face. This acts like a spoiler and creates extra drag. Though this drag will be the force controlling the plane, it is not as efficient as moving a control surface. As Peter Kämpf pointed out, it is much more feasible to increase the effectiveness of the existing surfaces than to eliminate them.

Modern airliners represent a compromise between efficiency and safety based on currently available technology. Although alternate designs have been proposed, these configurations create their own unique problems.

Yes, theoretically it can work, but the flaps need to be as big as the surfaces they are intended to replace and need to be out in the airstream all the time. That would look remarkably like what we currently have, so any hopes of significantly reducing drag are unfounded.

Now there is a scenario where drag savings on the flaps are possible. Tail surfaces don't work at their maximum or even optimum lift (optimum meaning at their best lift to drag ratio) most of the time, so the degree of extension could be smaller, and less surface area is exposed. But where do you stow all the remaining part of the flap? Now you need to make the fuselage that much bigger, so you lose in fuselage drag what you gain in tail area drag. Add to this the weight of the kinematics for moving the flaps, and the conventional design looks ever more attractive.

As @fooot has pointed out, this scenario needs computer control and added layers of safety like secondary means of flap movement if the primary actuators fail.

If no asymmetric thrust scenario is possible, earlier designs have already proposed to do away with the whole vertical tail and replace it with a small, computer-controlled fin at the nose, yielding significant weight and drag savings.

Aircraft designers have constantly tried to reduce tail surfaces to the minimum they can get away with. Please look at the picture of the An-70 below closely: The horizontal tail has slats which open forward and up, so the tail surface can produce more downforce when flaps are extended. This is a trick to reduce the tail area, which doesn't need to produce much downforce during most of the flight, at the expense of more drag with flaps extended and more moving parts. 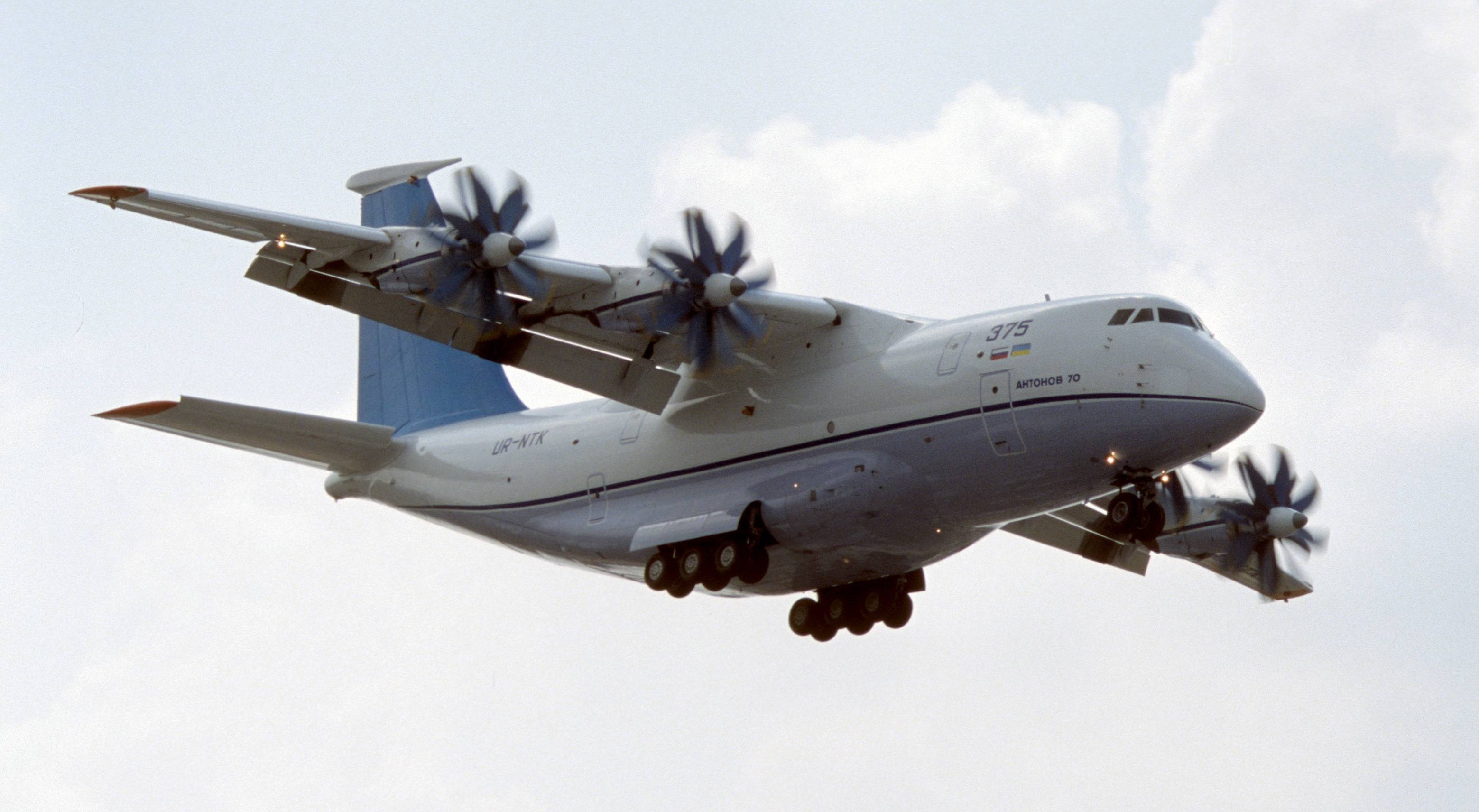 Yes that is possible, but impractical.

It is possible to design such a system as a passive system though, like the designers of Kamov seem to have done.

59
Why is there really only one basic design for passenger airplanes?
29
Can a plane fly without the vertical stabilizer?
39
Are fighter jets designed to be so inherently unstable that a human can't fly one unassisted?
22
Why are there no blended-wing passenger airplanes in operation?
22
Why is the use of tail-down force so common?
15
How do "fundamentally unstable" aircraft deal with the risk of computer failure?
13
Why isn't it possible to locate the rudder in front of an airplane's center of gravity?
17
What is the reasoning behind Kamov twin-rudder design?
12
How can we recover from a tailplane stall?

14
Why can't horizontal stabilizers be longer than they are today?
12
Why does the spiraling slipstream from a propeller hit the left side of the fin?
8
Is there anything wrong with this more symmetric aircraft design, and why isn't it used?
7
Why would a stretch variant need a larger horizontal stabilizer?
2
Is there a practical carbon-free jet fuel?
2
Does a biplane need wing twist?
2
How to design a near vertical take off airplane?
3
What was the tactical purpose of the unusual flight control system that allowed the Northrop YA-9 to generate sideforce without banking?