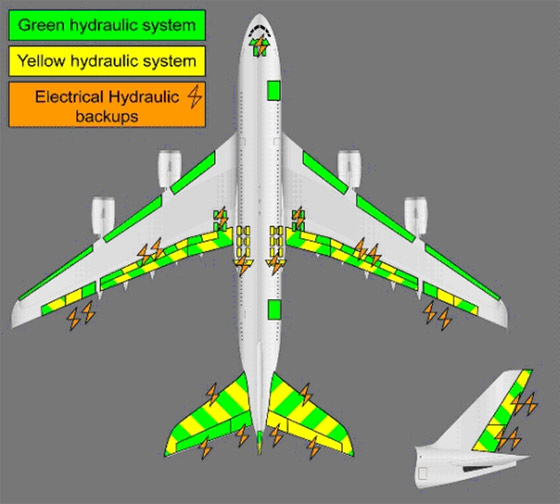 0
Can trimmer and throttle be used for controlling large aircraft
24
Can passenger movement in an airliner make it stall?
5
Can pilots land an aircraft with only the use of throttles?
7
If all control surfaces were disabled, could a passenger plane be controlled by distribution of the passengers?
4
How can using split throttles help when landing twins in crosswinds?
4
Why could these aircraft not prevent total hydraulic failure?
-1
Is it feasible to have passenger jet aircraft seats turn into bouncing cocoons on impact?

9
What are the different structural weight limitations that have to be considered when loading large aircraft?
1
Why does elevator dropdown occur in some loss-of-flight-controls accidents, but not others?
2
What kind of flight-control redundancy does the Tu-204 have?