Can a landing aircraft snag multiple wires when landing on an aircraft carrier?

There are 4 arresting wires on an aircraft carrier separated by about 50 feet and usually the pilot tries to snag the 3rd one but he does have the option to snag the first or second one.

What stops the tailhook from engaging the wires in front of the airfraft as well? Is it assumed that they will also get engaged and the regulator on each arresting engine is tuned to accept it?

The answer is quite simple:

1. When touching down the nose is in a pulled up attitude, therefore the tail is farther down then normal. As soon as the airplane touches down (on all wheels), the tail is higher, thus the hook is higher. 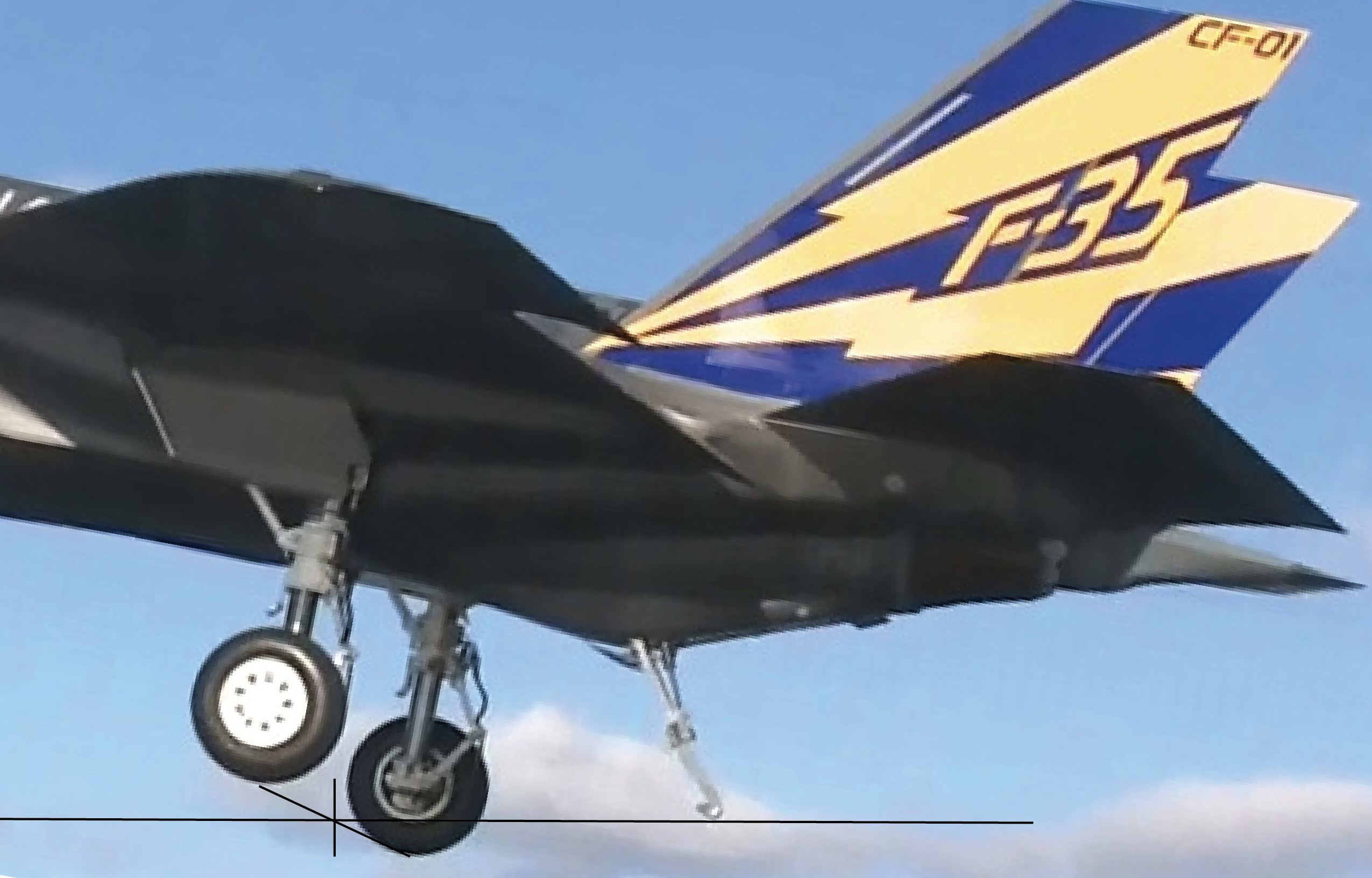 You can see how the aircraft is in a nose up attitude, but gear and hook are on the same level. If the aircraft was sitting on all its tires, the hook would actually touch the ground. (This might not even be the case on all aircraft, though!)

2. This is the much more important reason: The hook is pneumatically pushed onto the deck (Google for the "F-14 Tomcat Pilot's Flight Operating Manual Vol. 1, Volume 1". Interestingly Wikipedia (is it a source?) says there are hydraulic and pneumatic hooks) but as soon as the hook hooks to the cable, and pulls on it, that pneumatic pressure is overcome and the vectors of the forces go from where the hook is attached to the plane to where the wire comes out of the ground (and vice versa).

Note: I guess its a combination of both, hydraulic and pneumatic. As hydraulics are not compressible, a valve would be needed to release the pressure built by the yank of the cable. So air pressure (pneumatics) would probably do a better job on keeping the hook down as long as no cable is attached. The retraction of the hook is done hydraulically though, and the way it is written in the F-14 Tomcat Pilot's Flight Operating Manual Vol. 1, Volume 1 it seems like the pneumatic pressure is kept even with the hook retracted... 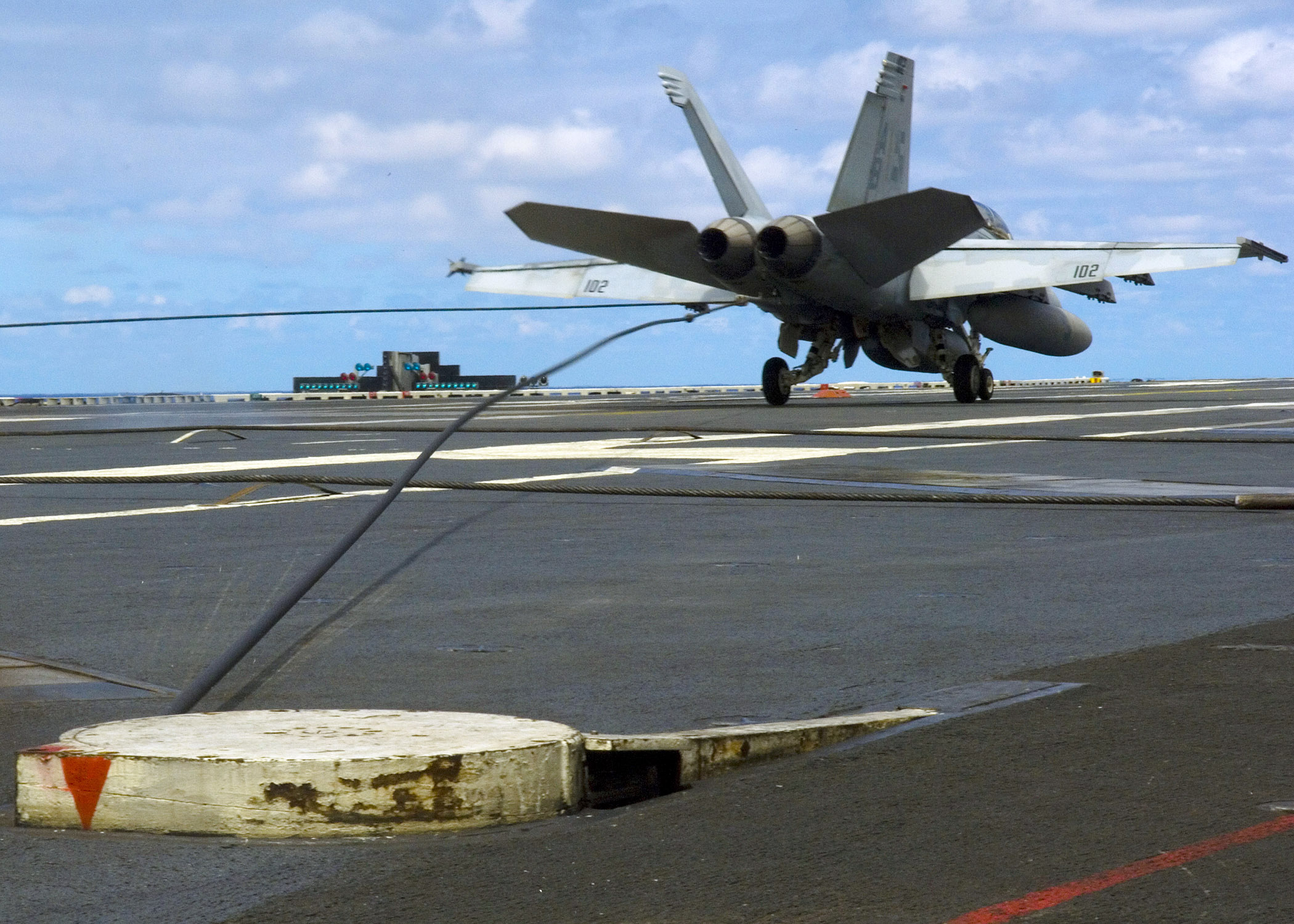 As you can see here, the hook is actually almost parallel to the deck.

3. Last but not least: There is no space for two wires on one hook. Let's say the airplane would catch the first rope, and for some reason (it should definitely not happen, but let's just pretend it does) the hook is still on the ground where it would hook up to the second wire when crossing it, then it will maybe drag it along for a short time, but it can't really hook on as the hook is made to fit exactly one wire. This can be seen on this picture: 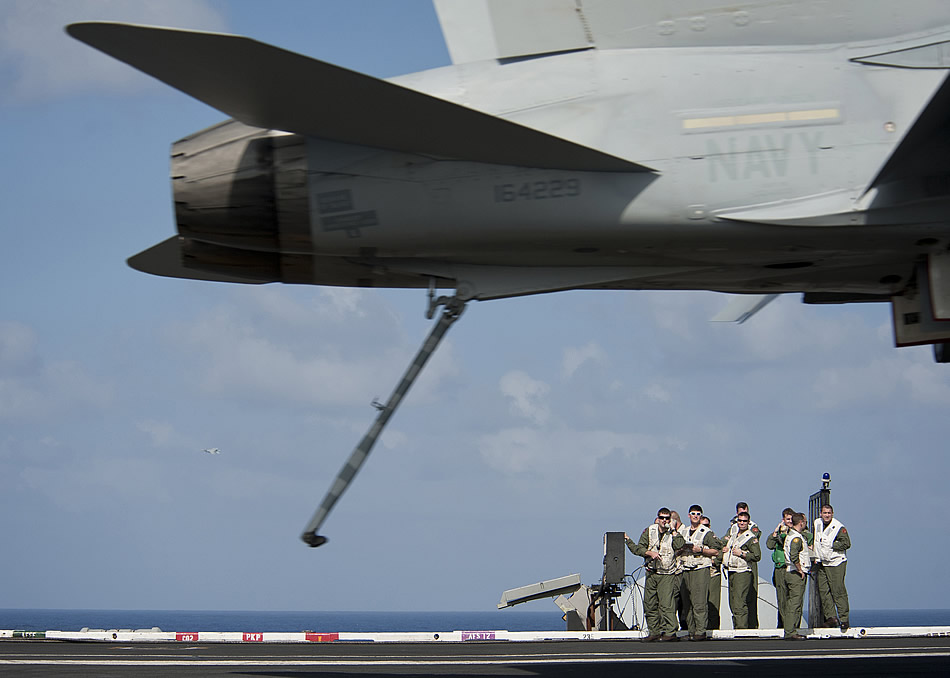 No, the hook is not capable of catching more than a single wire at a time. There is a hydraulic dampener in the hook, the snubber, that keeps the hook pressed into the deck during touchdown. This was designed to help alleviate a phenomenon known as hook skip bolters, when the force of the hook contacting the deck causes the hook to bounce; however, the hydraulic force of the snubber pressure is immediately overcome when the hook catches a wire, and the hook is drawn up almost parallel to the flight deck as the cable arrests the aircraft.