What is the relation between a helicopter's length and rotor diameter?

I was looking at a couple of helicopters on Wikipedia (specifically the Boeing A160, the Robinson R22, and the Sikorsky S-46) and I noticed the main rotor diameters seem to be pretty similar to the helicopter length (see below).

Is there a reason for this, or is it just coincidence? I thought it might be that helicopters are just long enough for the tail rotor to not interfere with the main rotor, but that doesn't seem to work out, because the rotors aren't quite centered over the helicopter.

Important. I am a helicopter pilot, with no expertise or experience in design so I can give you reasons for this, but not design detail.

What is the aim of the rotor design? To have the smallest possible rotor to achieve the performance requirements of the craft.

What limits the smallest size? Let's assume that the blades are as efficient at generating lift as you can make them. There are only 2 ways to increase lift for any given blade at any given angle of attack. That is to increase the length of the blade or to move it faster through the air, i.e. to make the rotor spin faster.

What limits the speed at which the rotor can rotate? As the blade tip speed gets faster, drag increases with the square of the speed. Increased drag means increased power required which means heavier engine and heavier gearbox. As speed moves to a high percentage of supersonic, turbulence and therefore drag increases enormously. The longer the blade, the lower the possible rotor RPM since the tip approaches supersonic speed more quickly.

Why not just increase the length? Because the blade becomes increasingly difficult (and expensive) to manufacture to handle the loads on the blade and the heavier they become requiring more robust and heavier rotors hub assemblies.

The inner part of the rotor also produces little lift since it is moving relatively slowly and since lift decreases with the square of the speed, the lift generated falls away rapidly as you move to the inside portion of the disc. As you increase the length of the blade, without being able to increase the speed of the disc as above, the area of the disc which is "useless", increases as a proportion of the overall disc size. Therefore, more power is needed to rotate the increasingly large useless area of the disc.

Given these (and other design parameters), the rotor sizes you quote will have been arrived at by factoring each of the variables to find the best compromise, according to the designer, between them to achieve the desired performance goals.

Therefore, I don't believe that there is a relationship between the fuselage length and rotor size, possibly with some influence from the need to park and hangar the resulting craft.

[EDIT] I've been hoping that some better informed answers would be added. As there are none, I'll continue with my simple pilot guesswork.

What is the aim of the fuselage design? To have the smallest possible fuselage to achieve the performance requirements of the craft.

What limits the smallest size? How many crew? How many PAX? Level of comfort (utilitarian - R22, or comfortable - Long Ranger). Fuel load. Engine and gearbox size. Cargo and other payload. Baggage stowage?

Disclaimer: I am a copter pilot, but not a designer

The rotor generates a certain amount of torque that would swing the body in the opposite direction of the turning rotor (Newton III).

The pedals are called anti-torque pedals, which counteract this behavior, and allow the body of the copter to be yawed independently of the rotor. In a copter which has either a tail rotor or a ducted fan (rather than two main rotors), the amount of force generated by the tail must be sufficient to allow a 360 degrees of yaw in nearly any regime of flight. Increasing the distance between the main rotor and the tail rotor increases the effectiveness of the anti-torque pedals. A longer tailboom would allow a smaller tail rotor, and require less engine power to be diverted by the transmission, and vice-versa.

If the helicopter has a main rotor and a tail rotor:

So yeah, for that configuration that's what you end up with, roughly similar dimensions for fuselage length and rotor diameter.

Not for this one though: it has two rotors, each one with a diameter 40% wider than the fuselage length. They do have a stubby tail boom to provide directional stability via the vertical tails, otherwise this helo could just be shaped as a laundry tub, really. 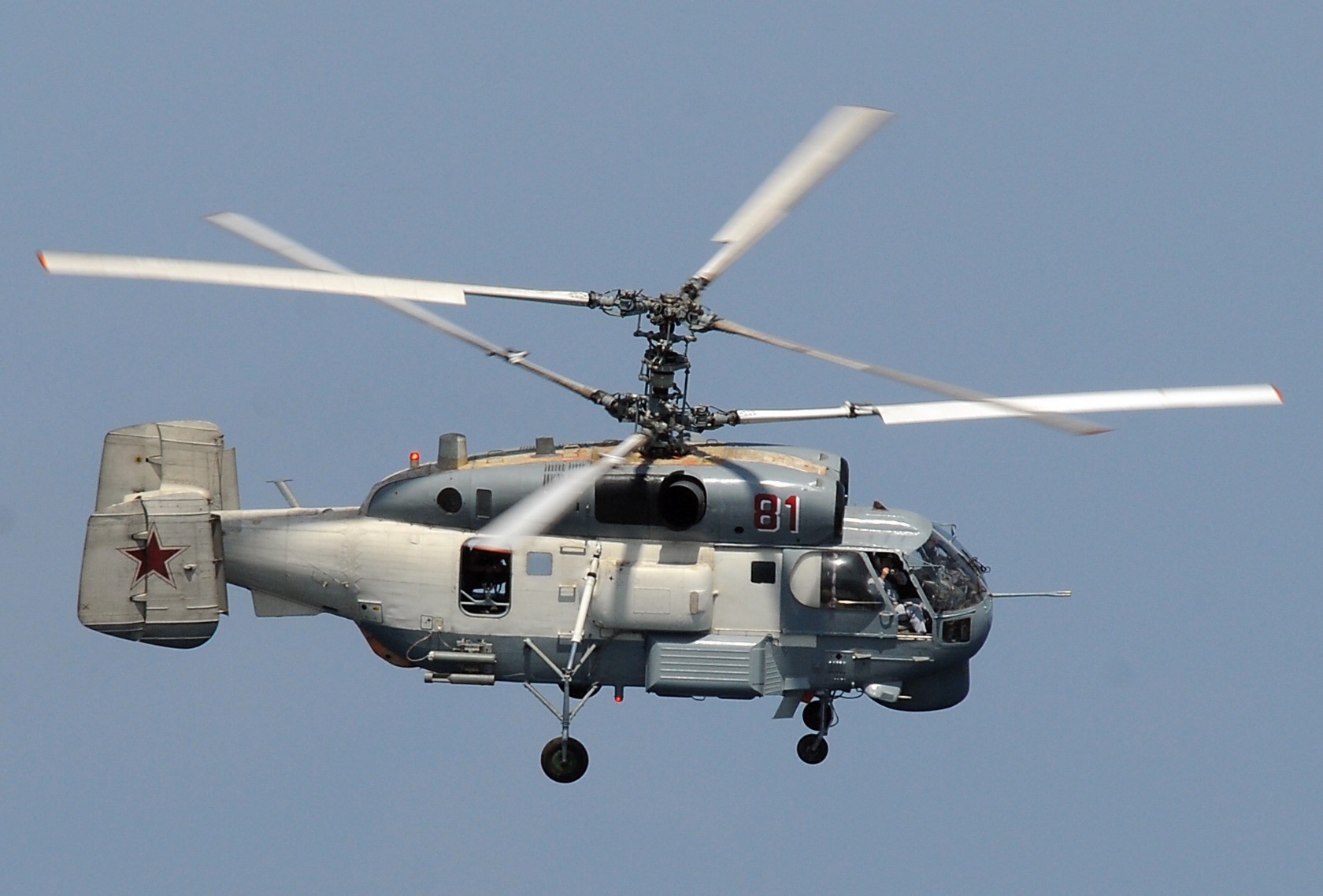 Just to add to some prior comments.

11
Would it be more effective to increase the length or chord of a rotor blade for better performance?
7
Why don't helicopters prefer shorter rotors with more blades?

4
What is the relationship between blade inertia and rotor kinetic energy?
18
In helicopters, why not have electric motors controlling blade pitch?
13
Is it ever possible to auto-rotate with a missing rotor blade?
9
With helicopters, is normal landing or auto-rotation landing any different when landing on water?
2
What is the formula for estimating the maximum stationary thrust of a rotor as function of its diameter?
11
What factors govern the placement of a helicopter's tail rotor (left or right)?
6
How much force does a helicopter's tail rotor counteract?
0
Are there any helicopters with tail rotors where slip-skid ball may be centered even when fuselage is streamlined to the airflow in cruising flight?
7
To operate on Mars, how large would a manned helicopter's rotor blades have to be?
2
How can I calculate the torque of a helicopter's main rotor?