Does Air Force One (VC-25) have retractable staircases on all its exit doors?

While going through an article on AFO, I came across this little piece of info: 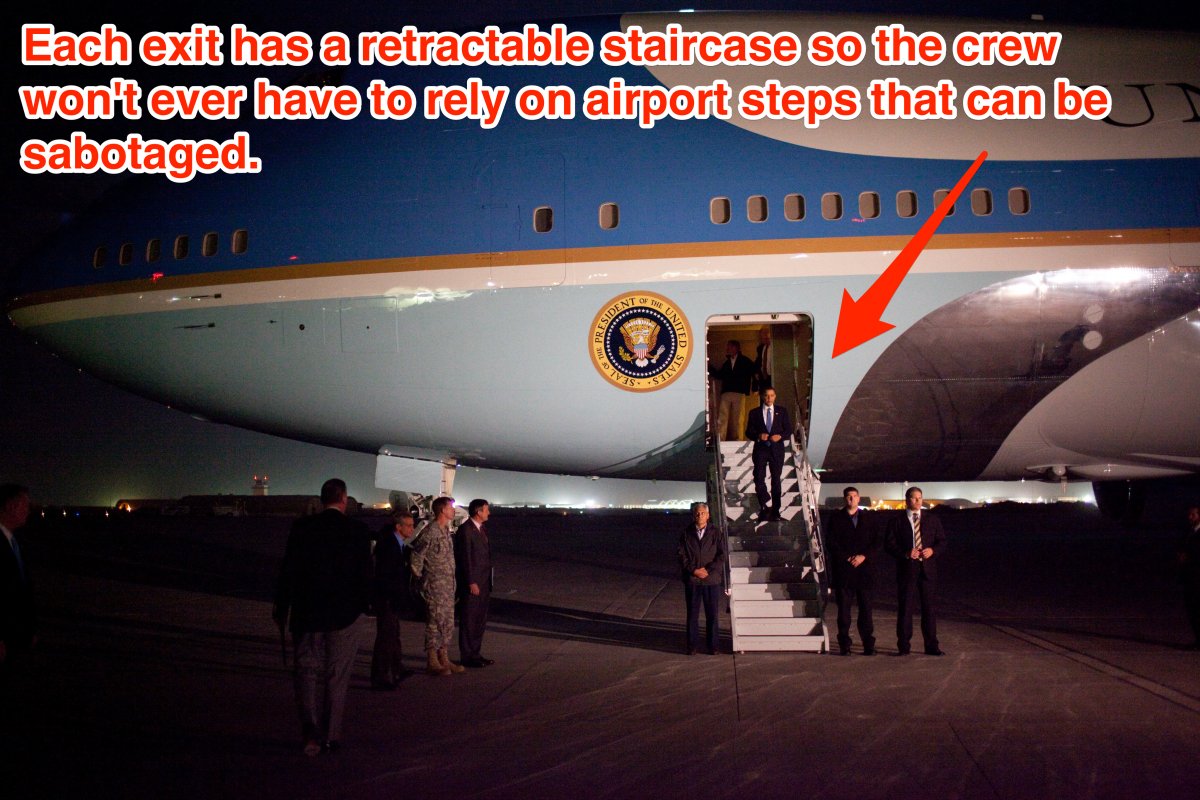 So, does it have retractable steps on all its exit doors? How does it manage doors like these? 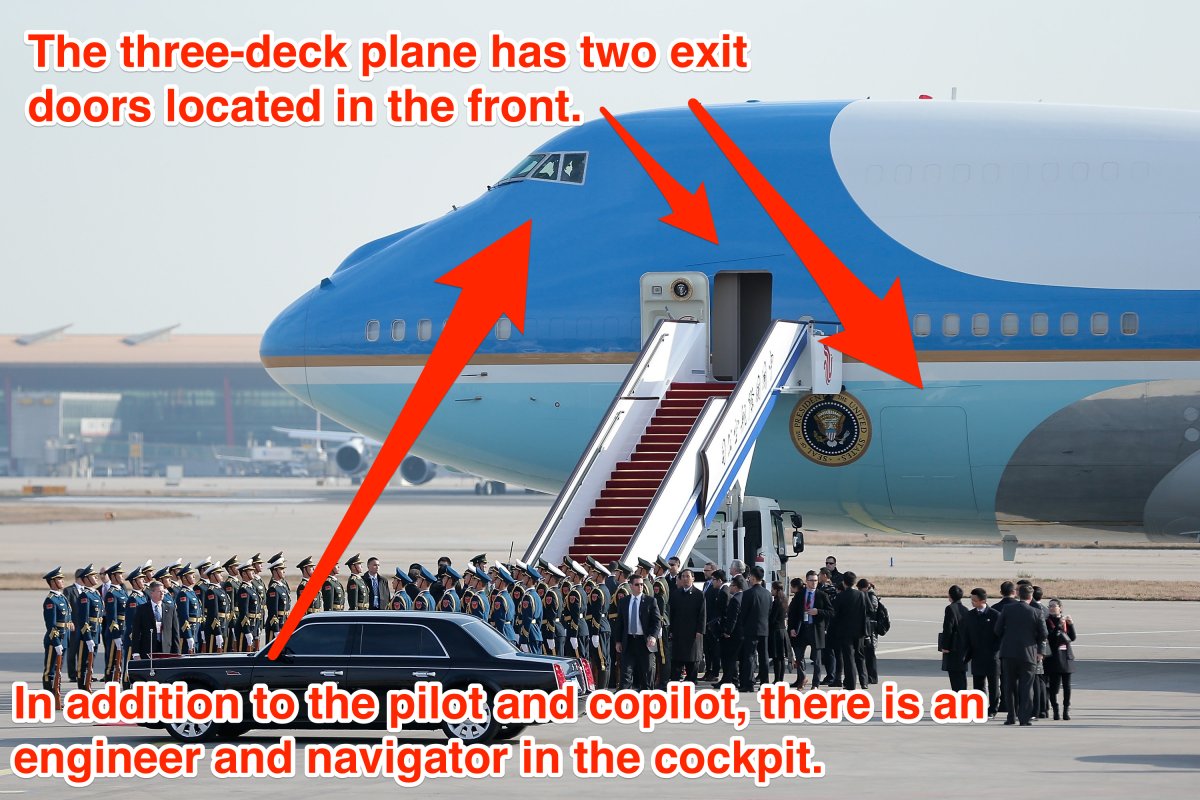 There is page by cryptome with documentation about AF1 rescue options. 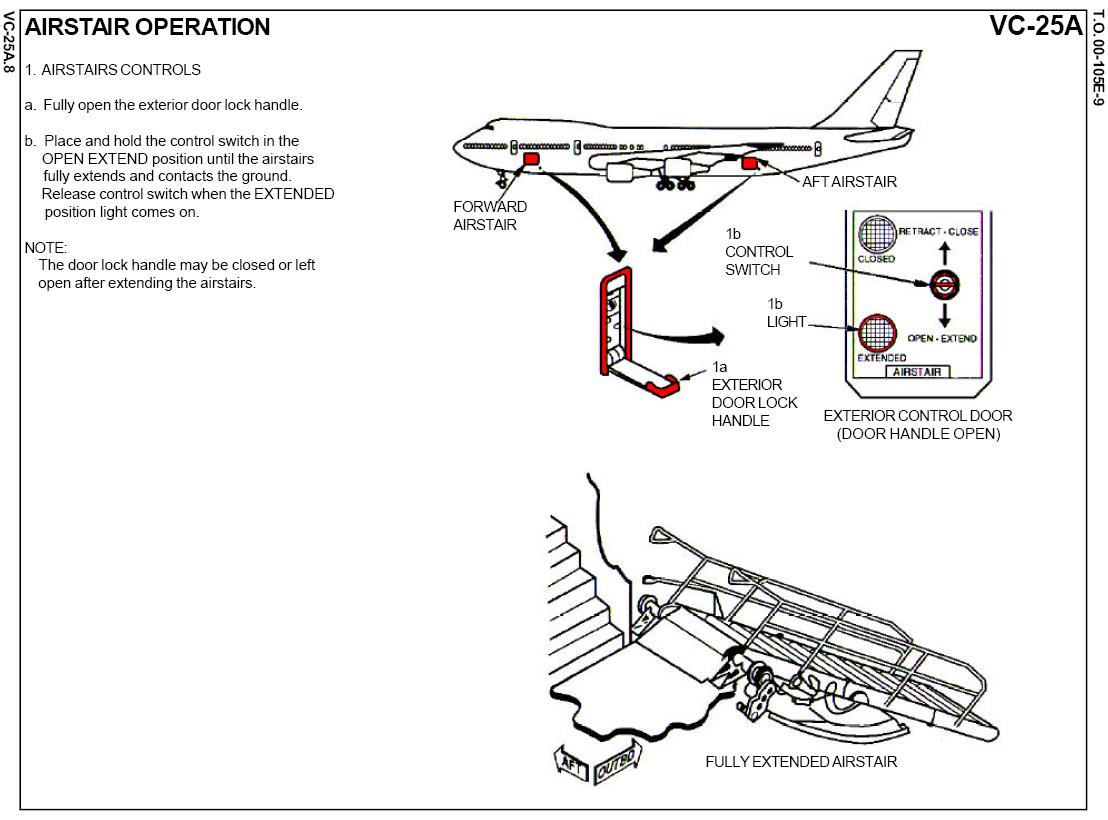 First photo in the question shows forward airstairs operation, and there is photo of aft airstairs, used in 2006.

According to this slide from the same PDF, there are 5 pairs of entry doors on main deck by design of the Boeing 747-200 plane; but 3 or them (1R, 3L, 3R) are blocked on VC-25 and can't be used. All doors from main deck have no own retractable stairs.

Unlike a normal 747, the plane has its own retractable stairways, for the rear entrance and the front entrance. These stairways open onto the lower deck, and crew members and staff climb internal staircases to get to the upper decks.

It doesn't have retractable stairs on every door; the second picture shows mobile stairs to the upper exit (you can see the driver's cabin behind the crowd).

If mobile stairs aren't available the president will descend to the lower level and use the built in stairs at the lower exit as shown in the first picture. If they are available (and deemed to be safe by the bodyguards) they will be used.

Not the answer you're looking for? Browse other questions tagged aircraft-design boeing-747 or ask your own question.

18
How does the hinge mechanism of plug-type pressure doors work?
42
What stops planes from being stolen?
14
Is there an aircrew bunk in the 747 cockpit?
29
Where does Air Force One refuel?
1
Why don't airlines install Faraday cages in their planes?
17
Why does the F-15 have a swept-back trailing edge at its wing tips?
4
How is lift transferred from rotor to chassis (or weight, the other way around)?
8
Why is 51,000 ft a common service ceiling for business jets?
4
Why do almost all overwing exit slides open over the trailing edge of the wings, and almost none over the leading edge?