What does it mean for a door to be armed?

What does "arming a door" mean? Is the orange tape that's applied over a window related, perhaps as an indicator to people outside that the door is armed? 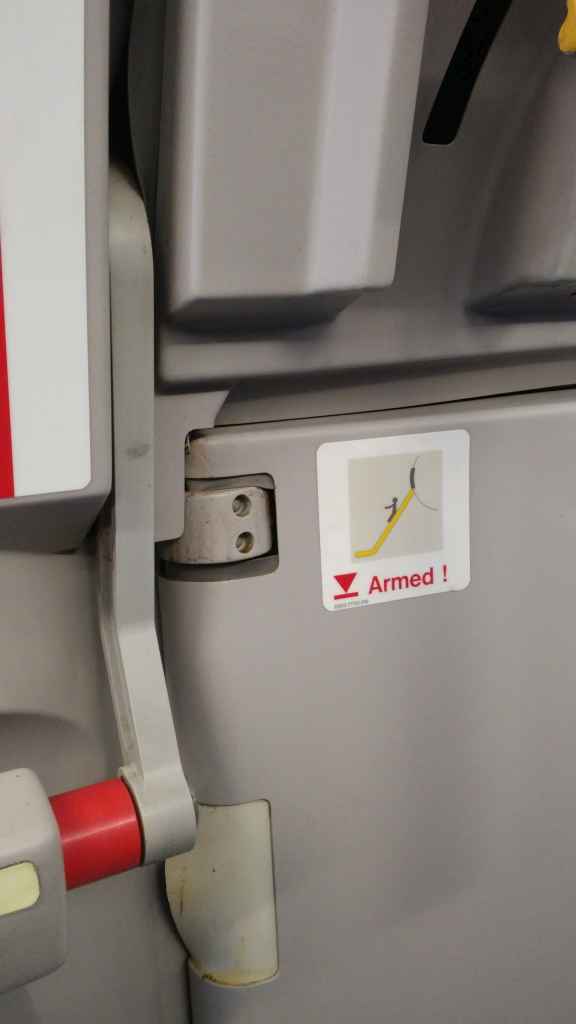 If a door is put into armed mode, it will trigger the evacuation slide when the door is opened.

Prior to departure (usually before engine startup), all the aircraft doors are placed into the armed (or automatic) mode by the cabin crew. Methods of arming vary from aircraft to aircraft, but ultimately the girt bar (a metal bar attached to the door end of the slide) is physically attached to brackets either in or adjacent to the door sill.

[...]If a rapid evacuation is required and the doors are opened while "armed", the opening of the door pulls the slide pack out of the bustle (because the girt bar is physically attached to the aircraft floor)

This is also the reason for the famous All doors in flight announcement:

Meaning: Occasionally heard as “disarm your doors and crosscheck,” and announced by the lead flight attendant or purser as a plane approaches the gate. The intent is to verify disarming of the emergency escape slides attached to the doors. When armed, a slide will automatically deploy the instant its door is opened. Disarmed, it needs to be deployed manually. On departure the slides are armed to facilitate an emergency evacuation. (You might hear this as “doors to automatic.”) Upon docking, they’re disarmed to keep them from billowing into the boarding tunnel or onto the apron during servicing.

The orange or yellow tape is a visual indicator for ground workers or ramp agents that the doors are armed or not armed. The visual indicator can vary, it can also be built into the door lock mechanism, triggering a visual indicator externally if the door is locked and armed. In the following picture, the orange tape is not strapped over the window, which should indicate an unarmed door. In the video that this image is taken from, the flight attendant has just locked and possibly armed the door, the other flight attendant would place the orange tape over the door window during "cross-check". 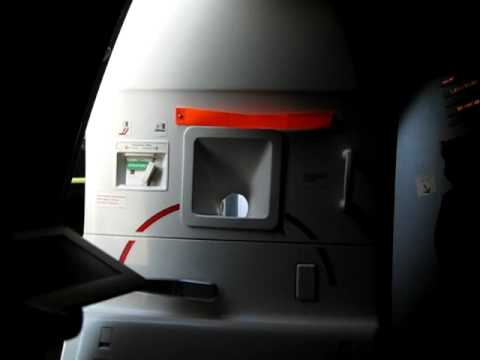 The tape is indeed an indicator to people outside that the door is armed.

Yes. Someone can (and unfortunately has) opened an aircraft door while still armed. Some aircraft have an indicator that is visible from the outside indicating the door is still armed. Other aircraft require indincation from flight attendants (such as a thumbs up) indicating the door is disarmed. Older single isle aircraft (727 DC-9) the slides would fall out of slide pack but not inflate. Flight attendants would have to pull an inflation handle at the part of the slide attached to the floor of the aircraft after opening the aircraft door. This was an economic feaure for airlines as slide deployment are expensive. If the slide deploys but not inflated they were just rolled back into the protective covering. However these were dangerous in actual emergencies as flight attendants would have to reach down and inflate slides and could be pushed out. The ones that automatically inflate are dangerous if opened accidentally if they are deployed into a jetwat or catering vehicle

Not the answer you're looking for? Browse other questions tagged safety equipment or ask your own question.

2
If we enter and exit through the emergency exit, then how come when the door is opened for the air bridge the slide does not inflate?
1
Why does the door slide mode need to be changed after the jetway or stairs are detached?
9
How to escape from an aircraft if the door is not armed?
12
Can an armed door be opened from outside an airliner?
10
Are there any safety mechanisms to prevent emergency slides deploying inside an aircraft?

20
How are Virgin Galactic's SpaceShipTwo's windows so large?
18
What are the details of opening a cockpit door from the outside?
4
What might a pilot mean by "uncontrollable"?
3
Is the cargo door on this airplane really malfunctioning?
17
What does it mean when a runway's safety area is not standard?
9
What are the most significant risks to life for the airline passenger?
10
What are the regulations regarding the safety briefings and harness designs for open-door helicopters?
4
For a modern airliner, wings are tested to withstand 150% of the limit load. What kind of weather would produce turbulence at 100% limit load?
41
Is the seat-belt sign activation when a pilot goes to the lavatory standard procedure?
3
What exactly does "exercise extreme caution" mean when seeing alternating red and green light gun signals?