What are these wavy lines on fighters' canopy?

As shown in the images below, what are these wavy lines on the canopy of the aircraft? Do these lines have any utility?

These are mostly captured in videos of cockpit views of carrier-based aircraft. 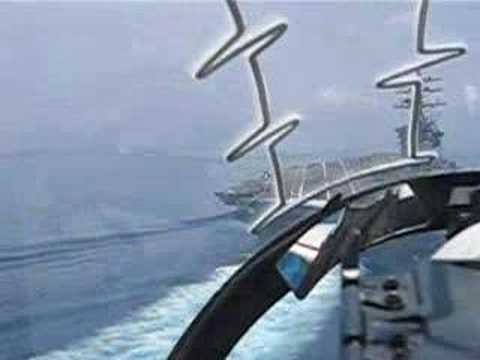 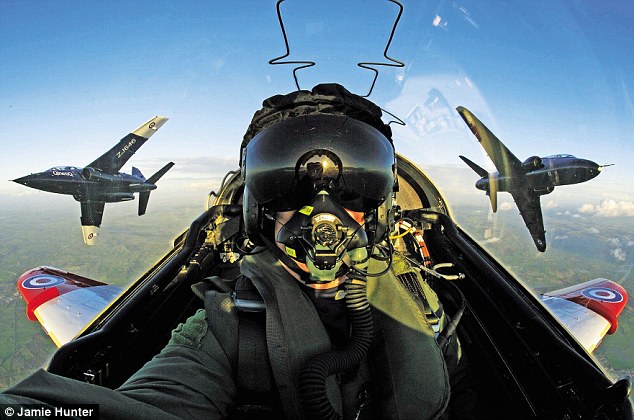 It is an explosive cord which helps to crack the canopy (pdf!) before the ejection seat has to do this all by itself. When ejection is commanded, the harness is tightened and the canopy is shattered, and only then the real ejection starts. Earlier designs would blow the full canopy off, but this takes longer than shattering it, especially when the canopy is large.

Some seats have their own canopy breakers, but thick, tough canopies which are needed for flying at high dynamic pressure and for surviving bird strikes would slow the seat down too much. The F-16 canopy is 12mm thick in the area above the pilot.

They are used widely for both land- and carrier-based aircraft, and modern designs try to make them less obvious. The F-35 canopy uses just one line down the middle.

For completeness, there are also several other mechanisms to make sure the pilot does not "punch through" the canopy, which would likely be fatal.

As well as the detonating cord, many canopies unlock at the front when the ejection handle is pulled. The airflow gets under the lip of the canopy and tears it off the aircraft. The hinges at the back are designed to break in this scenario. Other canopies have explosive charges which detach the canopy. The Harrier, amongst other examples, might require the pilot to eject at zero or low forward airspeed so utilises detonating cords to make sure that the canopy is shattered.

Some seats also have a rail which extends upwards at the start of the sequence, the top of the rail being designed to shatter the canopy. The seat then travels up the rail. The seat itself might also have "canopy buster" spikes fitted at the top such that if the canopy does not detach or shatter, the seat will break through the canopy and the pilot will not be too shredded by the broken plexi-glass.

The ejection sequence is carefully controlled with mechanical timers which, although everything happens fast, make sure that the pilot does not hit the canopy and is ejected clear of the aircraft. It's very complex, with a sequence of pins being withdrawn, timers started, rockets fired and so on but at least one manufacturer, Martin Baker, has a proud record of never having had a seat failure other than for user or maintenance error.

34
Could someone really die in the way that Goose did in the movie "Top Gun"?
33
Can someone/something other than the pilot trigger the ejection seat?
19
What kinds of materials are used for fighter jets' glass windshields?
14
Why wouldn't a helicopter ejection seat eject sideways? Or forwards?
4
Why is the detcord on canopies wavy?

7
What is the front glass in fighter planes called?
7
How is the cockpit rear view of an Airbus A340?
8
Do any aircraft windshields have anti-reflective coatings?
13
Why are the in-flight refueling probes of French-built fighter aircraft non-retractable?
18
Why are these carrier aircraft landing with the canopy open?
6
What are these teardrop shaped thingamabobs on the bottom of the Panavia Tornado?
5
What do those writings mean that are on the landing gear doors?
5
Ventral masts- what are they?