Why is there a strip of uncontrolled airspace between Russia and Norway?

The airspace between Russia and Norway over the Barents Sea is an uncontrolled air space; no FIR is set. 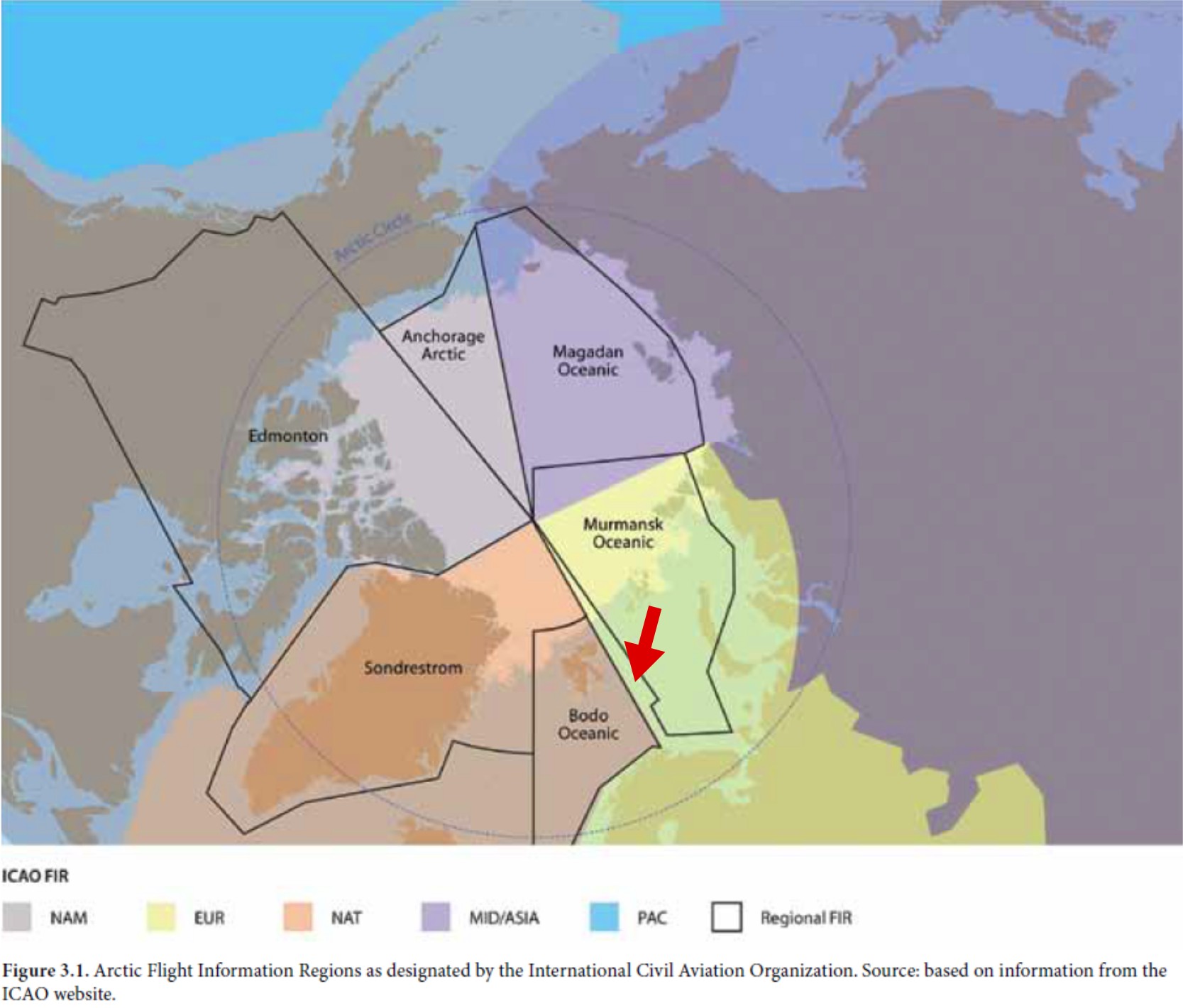 Illustration taken from this document.

This area is like a corridor from the Scandinavian peninsula to the North Pole. It only requires several minutes by a heavy airliner to pass east-west.

Why is this relatively small area not controlled?

Details of the No FIR area

This Barents Sea strip is of major importance, and has been subject to a dispute between Norway and Russia for 44 years. The reasons include:

This dispute was closed when a new treaty entered in force on July 2011 with the border crossing the 175,000 square kilometers disputed region in the middle.

While the border is now settled, responsibilities for air traffic control are still to be formally defined by international bodies.

Currently transiting flights have to be authorized by respective authorities before operating in this area, e.g. London-Tokyo flights using Arctica 1 route, noted B483 on first picture. In addition of commercial flights, the Arctic region is highly monitored by manned and unmanned aircraft.

ICAO wants to resolve this issue of missing FIR:

8.1 IATA brought the attention of the Group to a portion of airspace of unassigned responsibility, extending from the North Pole over the High Seas between Bodo Oceanic FIR, Sondrestrom FIR and Murmansk Oceanic FIR (Appendix E refers). Considering the increase d interest of establishing new ATS routes through that airspace, the Group agreed on the following Conclusion:

TRASAS Conclusion 2/4 – Airspace of Unassigned Responsibility over the Arctic Ocean
That the ICAO Secretariat be invited to take the necessary actions to resolve the pending issues regarding the portions of airspace of unassigned responsibility extending over the High Seas between Bodo Oceanic FIR, Sondrestrom FIR and Murmansk Oceanic FIR

There is a proposal under Eurocontrol auspices (proposal 95.012) to close the topic by Summer 2021:

Objective: To resolve the long-standing issue of the unallocated airspace (NO-FIR area) between Murmansk FIR and Bodø FIR / Norway FIR.

Flying in a no FIR area (when such territory is not forbidden to aircraft) means there is no information service provided from the ground. Flight information service consists on informing aircraft about meteorological events, known other aircraft position and intentions and aids availability. Other services are not available either: No alerting (search and rescue) and no ATC. The related airspace belongs to none of A, B, C, ..., G classes.

For those who want to know more about FIR and Oceanic Control Area, see Who manages International Airspace Traffic?

No FIR areas in general

Regarding the existence of "No FIR" areas:

3) FIRs have not been established for a few areas in the world. These are commonly called uncontrolled information regions or “no man’s land.” The largest of these areas is in the South Atlantic Ocean, annotated as “No FIR.” Flight Information Services (FIS) also do not exist in the high altitude structure in other large areas (above the top of controlled airspace). Within no man’s land, aircraft separation (prevention of collision) is entirely the responsibility of the PIC. Advice and information for the safe and efficient conduct of flights is not provided from an ATS unit. An ATS unit does not provide alerting services related to search and rescue.

Not the answer you're looking for? Browse other questions tagged air-traffic-control airspace international or ask your own question.

15
Who manages International Airspace Traffic?
2
Is the whole world's airspace covered by ATC?
1
When a Tower and the Approach Control closes who takes over the airspace?
1
Who does air traffic control to the oceanic flights?