What are the spiral marks in the center of the engines?

When I get a chance to peek inside an engine, I noticed that many have spiral marks painted in the center. What is the purpose of these? 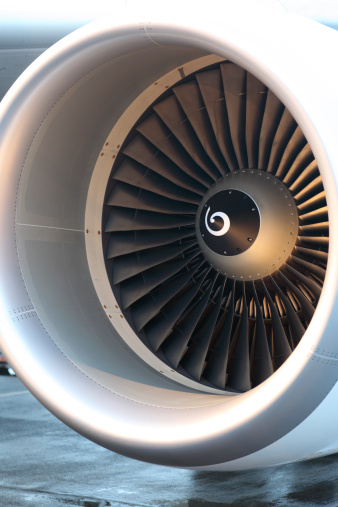 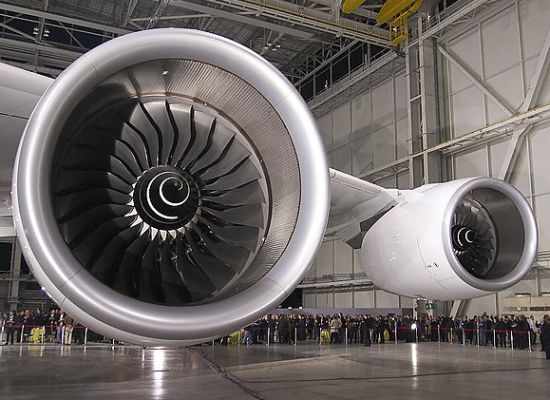 The benefit of these white markings inside the engine is twofold:

Rolls-Royce brochure (PDF) quoted the following (identified by user BowlOfRed in comment below):

Our aerospace engines have swirls painted onto their spinners in order to indicate when the engine is rotating while on the ground. In flight these swirls flicker as the engine rotates at high speed, scaring birds and allowing them to fly clear of the engine.

As a long time ramp agent for Delta and Southwest Airlines, I can tell you they are a critically necessary element to ground crew safety. Not only do they tell you the impeller in spinning, but once the human eye can no longer identify the swirl pattern, it is spinning with enough speed to be an induction hazard (it can suck you in).

When parking an airliner, the crew lead guides the aircraft using aircraft marshaling wands. When he/she turns both tip toward each other, the crew set chocks around the wheels. Then NOTHING happens until that crew lead can see those spinning spirals clearly in all engines. Then and ONLY then, does that lead clear the crew to continue operations and begins comms with the flight crew.

The spiral on many GE engines is a stylized "G":

Rolls Royce has a longer spiral. 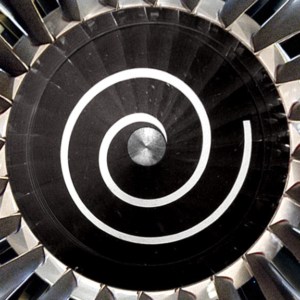 The design helps with ground crew safety, as Farhan's answer discusses. However, it is not required and not all engines have them, suggesting that they are also a matter of style between engines and manufacturers.

This page from Boeing about bird strikes says that there is no scientific evidence that spinner markings, airplane colors, landing lights, or weather radar deter birds. On the other hand, the Museum of Flight states that "research has shown" the spiral deters birds. Though I suppose this research could have been unscientific.

The AOPA says that "one air carrier detected slightly reduced bird strike rates after painting the jet engine spinners white." If there is indeed an effect here, it would seem that a spiral would be less effective than painting them white.

This paper notes mixed results on using eye spots on aircraft. When used on the ground, the birds seem to get used to them quickly, just as they do with the noise.

As costly as bird strikes can be, it would seem that aircraft operators would widely adopt anything shown to help prevent them.

Not the answer you're looking for? Browse other questions tagged aircraft-design jet-engine airliner bird-strike or ask your own question.

19
What are the ways to keep the birds away from airfields?
4
What is the thing in the middle of the turbofan?

28
Why do we use pylons to mount the engines on jetliners?
21
Why are cabin doors outlined with a different color than the fuselage?
11
What could cause GE and Rolls-Royce turbofan engines to sound different?
6
How is the center of mass controlled in planes with multiple tail engines?
5
What are the relative internal noise levels in various aircraft?
11
What makes spiral instability less harmful than Dutch roll?
15
What are these engine inlet devices used for?
3
What is the purpose of the pressure relief door fitted on the PW1127G-JM engines of the A320NEO?