Why does a helicopter need cyclic control rather than just tilting the whole main rotor?

Helicopters use a cyclic control to tilt each blade differently through the rotor's revolution. This is quite a complex mechanism. What is the advantage of this vs tilting the whole rotor plane? This seems to be a much more simple solution.

Tilting the rotor doesn't do much, in fact the body will be tilting more than the rotor. The gyroscopic effect will work against you.

The cyclic increases lift on one side of the rotor which will tilt the rotor. Which will then move the craft in the correct direction.

In other words the cyclic system gives a more direct response to input.

Rachet Freaks answer is good, but I feel a bit incomplete.

So what do we mean by tilt the disc? It's splitting hairs a little bit, although precise, to distinguish between tilting the disc, and causing a cyclic change in lift to each blade such that the rotor flies into a tilt. The reasons for flying it into a tilt are as Rachet Freak states.

You then state that it's complex, so let's examine physically tilting the disc versus cyclically altering the pitch of each blade. 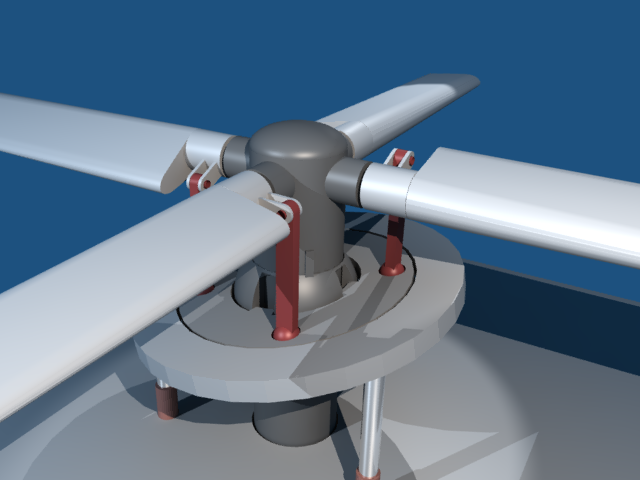 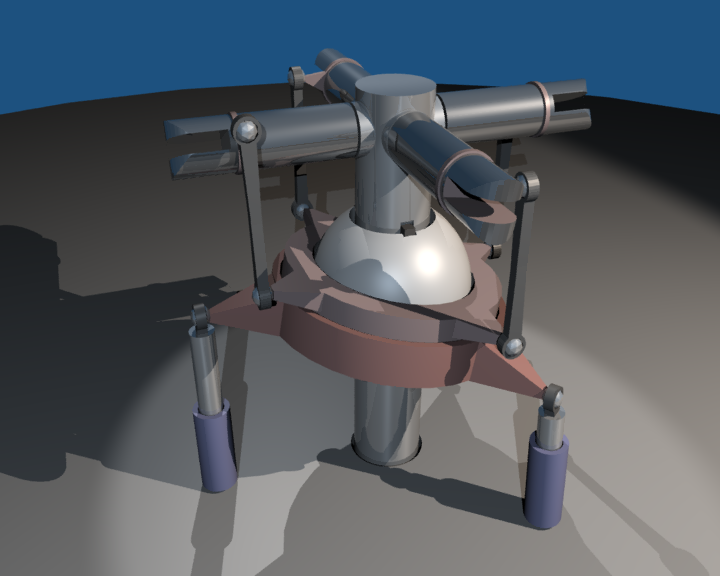 Physically tilting the disk: The first half of this is the same. Just remove the pitch links so that the disc will physically follow the swashplate. All good so far, and the only complexity you have removed are the pitch links attached to the blades to rotate them. But now you have a problem. You can only increase or decrease total lift by varying the power applied to the rotor from the engine and therefore the total rotor thrust. The easiest way to solve this is to put the pitch links back and allow the blades to rotate in their cuffs.

Therefore, trying to physically tilt the disc needs the same complexity as cyclically varying the pitch and loses a lot of the utility of the helicopter.

The earliest autogyros by Juan de la Cierva did this, tilt the whole rotor. But when the autogyros became bigger, the control forces became too heavy and that is when he designed the feathering mechanism, so that aerodynamics could take care of it by using blade flapping. 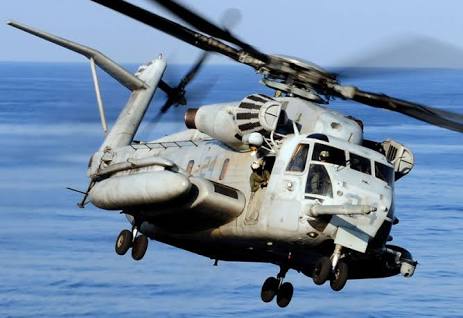 4
Can a contra-rotating helicopter simply tilt its entire rotor set instead of using a cyclic?
8
How are helicopter cyclic and collective jacks connected?
-1
Can a Stewart Platform be used instead of a swash-plate assembly in a helicopter? What are the pros and cons?
1
Replacing cyclical control with tilt-able rotor using EV motors and servos

20
Why aren't modern helicopters quieter?
4
Can a contra-rotating helicopter simply tilt its entire rotor set instead of using a cyclic?
36
Helicopters: why hasn't NOTAR been more popular?
2
Why do No Tail Rotor (NOTAR) helicopters use an enclosed variable pitch fan?
19
How does this RC helicopter keep itself upright?
1
How Helicopters Change Attitude (Gyroscopic Precession or Thrust Vector Tilt)
0
Are there any helicopters with tail rotors where slip-skid ball may be centered even when fuselage is streamlined to the airflow in cruising flight?
3
How are pitching and rolling moments transferred from rotor to the body?
6
How does the Sikorsky X2 technology rotor control blade pitch?