What is the difference between a flow and a checklist?

Use of checklists is a 'special emphasis area' during FAA private and commercial checkrides but there are a lot of comments in pilot forums about using flows instead, often - but not always - in the context of airline operations.

What is a flow, and what is the difference between a flow and a checklist? When should a pilot prefer one or the other? Or are they used together?

Generally speaking a checklist is an actual list of items to check, and a flow is a pattern of movement across the aircraft controls (switches, dials, etc.) which will accomplish some subset of the items on a checklist.

A flow should be essentially "muscle memory" for a pilot and performed by rote, where a checklist may be more detailed and include more specific guidance.

As you can probably tell flows and checklists are closely related (with flows usually being derived from checklists). The two are complimentary tools that are used together: A pilot will follow a flow, and then verify that the required items have been completed using the checklist.
In larger/more complicated aircraft it's not possible to fully memorize some of the checklists, so flows are used to accomplish the "red box" immediate action items before proceeding to the full checklist.

As a simple example, consider the engine power loss flow & checklist for a Piper Cherokee. 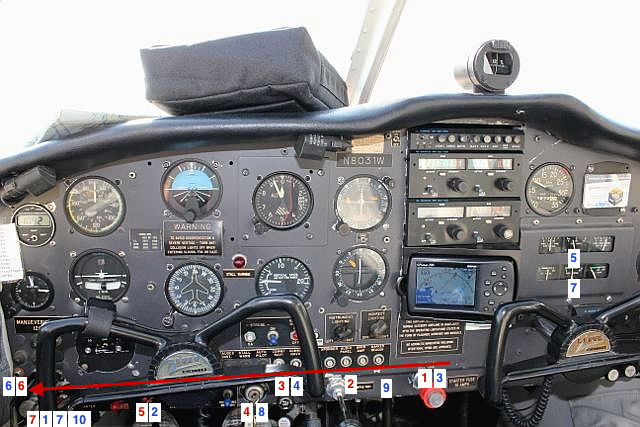 In this example the flow accomplishes nearly all the checklist items, but it does so moving over the panel in one direction. As a practical matter the flow is accomplished by just moving your hand along the bottom of the panel: "Push the mixture. Push the throttle. Pull the carb heat. Twist the mag key. Flip all the switches UP (on). Pull the primer and make sure it doesn't move. Move the fuel selector lever to the other tank."
Completing the flow takes less than 10 seconds and can be done with one hand while your other hand is pitching for best glide speed.

The manufacturer's checklist for an engine power loss moves around the panel in a more haphazard way, but it also adds a few items (checking the engine gauges & fuel pressure indication), and provides more specific guidance on possible causes like fuel contamination (water in the fuel) & how to deal with them. These items could be important if the memory items from the flow don't restore engine power, assuming you have time (altitude) to spend troubleshooting them.

A flow is like a fluid movement in specific directions across panels for a specific purpose, to set up the airplane. It is meant to be a muscle memory method. 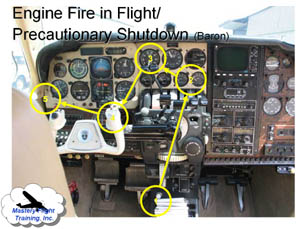 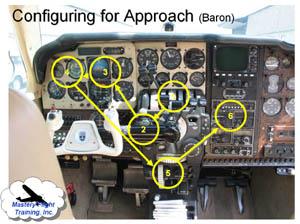 A checklist is a "to do list", which ensures that important and/or required steps are taken for a particular tasks. 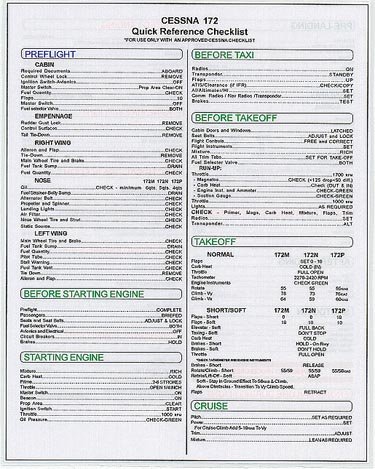 Why one is chosen?

Flows are used to go through all checks of the aircraft without running through an actual checklist. Flows are to be memorized mostly by muscle memory, and kept at least semi-congruent in their execution.

Can they used together?

A flow contains information about how to quickly set up the airplane during different phases of flight. Pilots can speed through the steps of a flow. A flow may not be identical each time and can change according to situation, without omitting necessary steps.

Flows can be verified by checklists to ensure that they are complete. Once pilots follow items in a checklist overtime, they will memorize the key steps required for a particular task.

Flows do not and have never been a replacement for the checklist. Airlines train flows for efficiency and safety. A flow is followed by a checklist in every phase of flight. If an item is missed on the flow the checklist catches it. Flows are SAFE and efficient. All of the U.S. airlines teach flows that must be memorized and followed by the checklist.

I would add that a flow is a rote memorized set of tasks based on manufacturer's checklists which need to be accomplished within a short amount of time to ensure vital systems in each phase of flight are set and working properly. They are utilized during time and work critical phases of a flight where multiple critical tasks need to be performed quickly and the time simply doesn't exist to laboriously go through a checklist for the moment. For instance, an high performance airplane making its takeoff roll on an instrument departure and climbout on a published departure will make use of workflows to set the plane for climbout and and handle all high workload tasks e.g. trimming, power settings, radio frequencies and communications with departure control, monitoring aircraft systems and engines in congested airspace, etc. Checklists will then be utilized by the crew as time and workload permit doing so. This was confirmed by a friend of mine who flies Dash 8s for American Eagle.

Workflows are useful in emergency situation, particularly those at low altitude, on takeoff and climbout, etc, where the time may not permit carefully running through a checklist to handle critical items, though emergency checklists will be use, again, if time and workload permit.

A checklist is just that - a list of items which the manufacturer recommends be checked and set a certain way during each aspect of flight. But the pilot's first responsibility is to fly the airplane and not get caught up reading a list at a critical time. Flows serve as a stopgap measure to set critical systems until a checklist can be reviewed properly.

Flows are not a "shortcut" to avoid checklists. They are a natural progression of important items to check, that allow you to think of the whole system represented by each item on the list. See http://studentpilotnews.com/2013/11/27/one-checklist-works-every-airplane/ and http://www.flyaoamedia.com/aoa/the-mystery-of-flows-vs-checklists/ to see how to use both together.

Flows are basically ways to avoid doing checklists. If you use a checklist you do not need a "flow" because the checklist determines the order of items to be checked so a "flow" is completely superfluous. The "flow" is just a way of checking things ad hoc without using an actual list to save time.

The reason why commercial pilots use "flows" is because if they used a checklist for a lot of activites (which they should do) it would take too much time. Seriously, do you want 300 people waiting at the gate and leaving 20 minutes late because the pilot is still working through checklist number 7 and making sure the backup oxygen tank is pressurized or whatever? Using "flows" becomes a matter of practicality.

Where flows become really dangerous is on those private jets where some arrogant CEO is demanding they take off "right now" and the crew starts doing "flows" and skipping checklists. A perfect example is the Gulfstream IV crash last year that killed Lewis Katz, some media mogul, and six other people. The pilot failed to disengage the elevator gust lock. That's the kind of thing that happens when you start doing "flows".

One of my commenters seems to have the idea that "professional" flight crews always do complete checklists. This is just completely untrue. I gave examples in my response comment. Also, I will add another example here: Once I was a passenger in an AA 737 and there had been severe winter storm and the plane was badly iced. So, we spent at least an hour sitting there waiting for the de-icing to be completed. It's done and the flight crew just taxi-ed out and departed without checking anything. I almost interrupted the departure to talk to the captain and ask him, "Are you jerkoffs going to inspect the wings and empennage or should I?" For them to just depart with no inspection with such bad icing conditions was just incredibly stupid. (See here for typical crew procedures after icing: https://www.boeing.com/commercial/aeromagazine/articles/2010_q4/2/)

7
Is it required to memorize checklists for better efficiency?
10
Is there a best-practice method to work through a checklist?