Could fly-by-wire protect against a takeoff tail strike?

If the takeoff weight is underestimated, rotation will be done too early and may result in a case of tail strike. 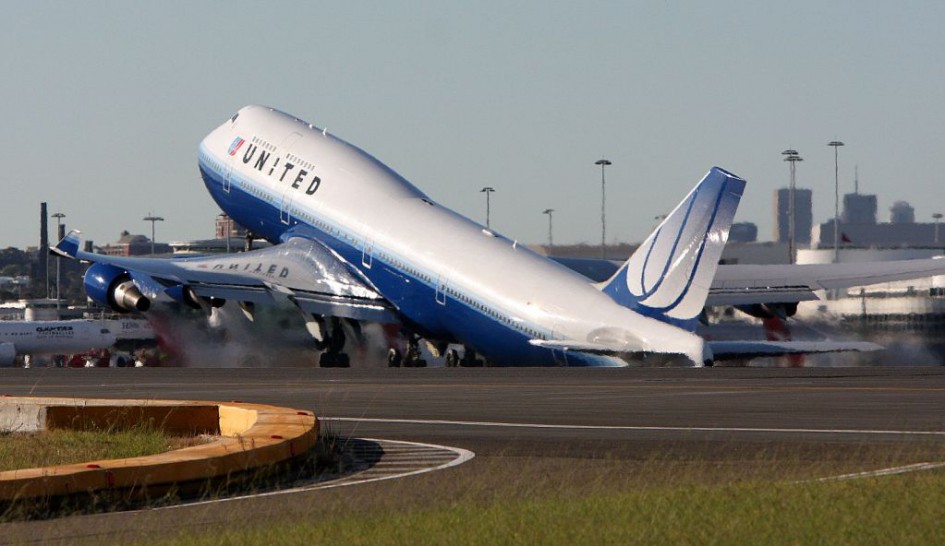 Edit: Based on the answer from Marky Mark, who references the EK407 case, I checked a study published in the aftermath of EK407 tail strike: Take-off performance calculation and entry errors: A global perspective and noted this recommendation for 'TOPMS':

While the above recommendation does not preclude data entry and calculation errors relating to take-off performance parameters from occurring, Transport Canada (Department of Transport) agreed that a take-off performance monitoring system(s) (TOPMS) would provide a significant safety benefit. However, before regulatory authorities establish a requirement for the fitment of TOPMS, a certified system would need to be developed (Transport Canada, 2010).

Basically, a TOPMS, which assists pilots in determining whether to continue or reject the takeoff, can be defined as (Brown & Abbasi, 2009, p. 7).

Are TOPMS now in place?

On Airbus aircraft, the guidance law provides attitude protection on take-off which should prevent a tail strike. However, this is not fool-proof and it remains up to the PF to maintain the correct nose-up angle.

Boeing has removed the tail skid on the latest B777-300's because they have never had a tail strike and an updated version of FBW will virtually guarantee it going forward. Removing the tailskid saves about 300 lbs.

Boeing has also decided to remove the tail skid from the 777-300ER as a weight and drag reduction improvement after developing new flight control software to protect the tail during abused takeoffs and landings. “We redesigned the flight control system to enable pilots to fly like normal and give them full elevator authority, so they can control the tail down to the ground without touching it. The system precludes the aircraft from contacting the tail,” Schneider says. Although Boeing originally developed the baseline electronic tail skid feature to prevent this from occurring on the -300ER, the “old system allowed contact, and to be able to handle those loads we had a lot of structure in the airplane to transfer them through the tailskid up through the aft body into the fuselage,” he adds. “So there are hundreds of pounds in the structure, and to be able to take all that out with the enhanced tail strike-protection system is a nice improvement.”

The change was implemented on the line in November and will be offered as a retrofit through a service bulletin. “With a retrofit, you can’t save so much weight because the structure is already in the fuselage, but the drag and maintenance savings is still a nice benefit,” says Schneider. “It is also one of things customers are most interested in retrofitting off the aircraft."

Tail Strike Protection (TSP) logic has been incorporated in the 777 FBW since the -300ER became available. It is available on the 777-200LR as well (despite shorter body); I believe all other models also have it now through the PFCs (200ER, F). The newer -300ER aircraft have the TSP logic ENHANCED and with it came the removal of the tail skid, which saves 323 pounds (145kg) of aircraft weight besides maintenance costs (it's a hydraulic actuated skid).

In principle, yes. The aircraft would have to be able to measure its weight, which rests on the main gear and front gear when on the ground. Measuring a structural displacement which increases with more weight and decreases with less weight, one could determine the aircraft weight.

Not the answer you're looking for? Browse other questions tagged takeoff airbus fly-by-wire or ask your own question.

19
In a 747 is it normal for the Vr (takeoff speed) to vary greatly depending on fuel load and ambient temperature?
10
How does early rotation increase the likelihood of a tail strike at take off?